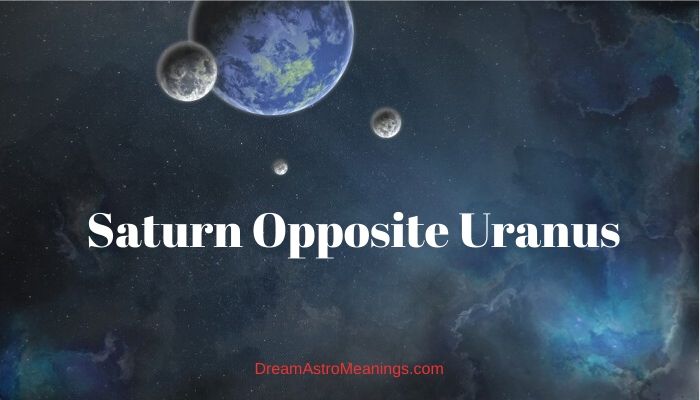 Astrology is the ancient study of stars and planets and their influence on humans and the world in general.

People have understood the importance of the Sun and the Moon as well as the planets for life on this earth and were aware of their influence on individuals as well. They observed and gathered information about this influence which up to these days is a part of astrology.

Sadly, but many people are still unaware of how useful astrology can be. It can give us insight about personal traits, interests, believes, and possible destiny; it can also give insight about the future events and outcomes of relationships, or certain situations.

Astrology analyses the planets in birth charts created for a certain moment and represent a frozen image of the sky in that moment.

The relationships between these planets and the meanings of their placements in the chart give a picture of the person’s character and the likely choices they are going to make.

Astrologers analyze planets placed in different signs of the Zodiac to determine the character of a person, their attitude, appearance, interests and focus in life.

Planets in the houses of the chart show the areas where this focus will be and where most of the action will take place.

The aspects within the planners reveal other parts of the person’s character as well as the events the person is likely to experience.

The aspects are angles formed between two or more planets, which have a special meaning. They can have a beneficial influence or they can have negative influence.

Those with beneficial influence create opportunities and clear the path for the person to get what they want and enable the person to accomplish their goals and desires without much effort.

The negative aspects create blocks and obstacles; they can delay accomplishments or they can completely prevent them. They can create difficulties for the person to achieve their goals and they require determination and patience to finally reach where they want to be.

The aspects can also be major and minor.

These aspects are used in all analysis. The major aspects are sextiles, trine, conjunctions, squares, and the opposition.

The opposition is a major aspect which has a challenging nature. It’s formed when there is 180 degrees distance between two planets. The opposition blocks cooperation between the planets and prevents their energies from expressing simultaneously.

Another thing astrology is capable of doing is analyzing relationship potential. It might sound impossible too many, but astrology can predict the longevity and stability of a relationship with great accuracy.

The technique astrology uses for these analysis is called synastry.

Synastry first analyses the charts of the individuals who are in a relationship to determine their personal traits, interests, and preferences and then it compares their charts to reveal whether there is compatibility between them or not.

When doing the comparison, in the basic analysis, synastry analyses the aspects between planets and the placements in the houses of the other partner. The houses where the partner’s planets fall reveal how the partner will influence the owner of the natal chart.

This is an indication that the partners are interested in maintaining the relationship and they’re willing to put the necessary efforts to overcome their differences.

This is a relationship full of understanding and tolerance. It is likely that such as relationship will be a lasting union.

These are relationships where there is an evident lack of tolerance and understanding between the partners. Instead of being tolerant to each other’s differences, they tend to criticize one another for their differences without trying to adapt to their partners character and accept it.

This lack of understanding usually leads to conflicts and disagreements and eventually ends the relationship.

Sometimes there are no significant aspects between two charts, which can be an indication that there isn’t enough attraction between the partners, but it doesn’t have to be the case.

The planet Saturn is considered the ruler of seriousness and wisdom. This is a big planet; only Jupiter is bigger than Saturn. Saturn is known for its ring system formed of rocky debris and ice. Saturn also has 82 moons and Titan is the largest. This planet doesn’t have solid ground.

For the ancient Romans, Saturn was the god of agriculture. In astrology, Saturn is also the ruler of agriculture and matters related to soil and earth.

This planet is also the ruler of chronic conditions and illnesses.

It rules poverty and difficulties. Badly placed Saturn can be the cause for financial issues as well.

The house Saturn is in the birth chart, shows areas where the person is likely to experience the need to undertake some duties, responsibilities, take care of someone, or needs to be patient and determined for some reason.

Saturn’s placement also reveals areas where the person might encounter obstacles, restrictions, or blocks they need to overcome.

It takes Saturn 29.5 years to make a circle around the Sun. When Saturn finally returns to its natal position, it marks a period called Saturn’s return, during which the person evaluates their achievements and decides whether they are satisfied with them or not.

Saturn is also the ruler of life’s lessons and karma.

These life lessons usually appear through Saturn ruled events during times when Saturn is triggered by progressions or transits.

Uranus is the planet ruler of unpredictability and sudden unforeseen events which often completely change the person’s life.

It is a cold planet; coldest of all, all with temperatures lowering to – 224 degrees Celsius. This planet also has rings and it has 27 moons.

The name of this planet comes from the Greek god of the sky. This was one of the oldest status and ancient Greece.

Uranus rules unplanned events and events the person has no control over. Uranus ruled events often have a devastating effect on the person’s life. This all depends on the aspects Uranus is making.

When Uranus is afflicted, this could bring accidents or other disasters events in the person’s life, changing it completely for the worst.

Uranus also brings lessons through its events.  When is well placed in the natal chart, Uranus transforms one’s life and life circumstances so that better things could enter.

This is a generational planet and it inspires transformations and revolutions that will change the Society completely.

People influenced by this planet are usually eccentric and unusual beings. They enjoy being different than others.

Their behavior is unpredictable and they often shock people with their reactions.

They don’t want to be influenced by anyone and they don’t allow others telling them what to do. They have the need to trace their own life path without any kind of restrictions.

These people love their freedom very much and don’t allow others jeopardize it.

They like to try new things and they often take risks to be the first ones to do something new.

They have an adventurous spirit that leads them to different experiences which is something they love the most.

When someone’s Saturn makes the opposition aspect with another person’s Uranus, this usually creates tensions and difficulties in the relationship because the partners cannot easily overcome their differences.

The main reason why this relationship experiences issues is the fact that Saturn and Uranus have completely different personalities, behavior and approach to life.

Saturn is overly serious and has a very organized approach to life and its duties. Saturn is all about predictability and Uranus is completely opposite. Unpredictability is their life.

Saturn doesn’t like making changes, and Uranus wants to change everything daily. Saturn is all about tradition and doing the things the old way and Uranus is all about changing the way things were done in the past and finding new ways of doing things.

Saturn is usually focused on the past and the present, and Uranus always looks in the future. These two have a completely opposite approach and views in life.

Saturn might find his Uranus partner very unreliable, eccentric and socially weird and unacceptable. They might feel embarrassed by their behavior in public and lack of social manners and etiquette.

Saturn is all about presentation in public and keeping his reputation intact.

Uranus doesn’t care what others think about him and behaves as he pleases in the moment. He doesn’t mind if his actions and behavior shocks someone and is judged as inappropriate.

The differences between their personality and behavior will be the major issues that will cause tension and conflicts between these two.

If these planets are ruling planets in their natal charts and make these traits predominant traits in their nature, the survival of the relationship will depend upon others supporting aspects which can help neutralize the negative effects of this aspect.

When one person’s Saturn makes an opposition to another person’s Uranus this is usually a sign of tension and lack of understanding between the partners.

The main reason for conflicts is the incompatibility and difference in their nature.

This aspect doesn’t allow them to cooperate and be tolerant to each other’s differences but inspire them to criticize their partner’s nature.