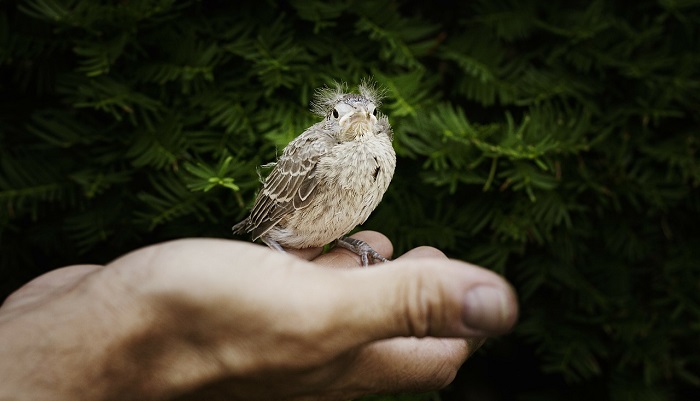 Birds have always been amazing to people and we ascribed so many symbolical meanings to them. Birds’ ability to fly makes them very different from humans, so we admire and envy them.

Birds are a common symbol in all of the world’s traditions.

There are probably hundreds of superstitions related to birds and different species of birds.

The widespread one is that about a bird pooping on you. People usually just take it as a fortunate sign, not thinking much about it.

Since this belief is specific and there is actually not many information neither on exact origins of it nor any detailed complex explanation why the belief developed in the first place, we would like to introduce you to general bird symbolism and that of animal poop.

We would try to make a connection an explain the deeper meaning behind the phenomenon of a bird pooping on you.

Bird meaning and symbolism is wide and it varies from culture to culture, tradition to another one and more.

It also greatly depends on particular species of birds, because there are so many different ones.

However, all birds have something in common. Okay, the greatest majority of birds. They can fly!

This is what makes them so specific and fascinating to humans, beings that do not posses such ability.

Bird symbolism is strong and very old. Since ancient times, perhaps much before civilization era, people have been admired these feathery fliers. 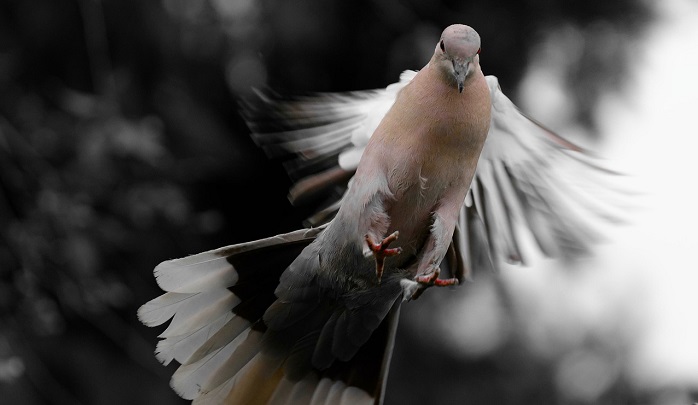 They roam vast skies, seeing the world from an entirely different perspective.

Since the skies have always been associated with divine forces, gods and powerful forces, regardless of a belief or religious systems, birds have also been considered very special.

In general, birds symbolize freedom. They are not bound to earth the way we are. They can fly free around the world, to heights we can only imagine without using our gadgets and planes.

The freedom birds represent is freedom of many symbolical layers and meanings.

They are associated with foresight and clairvoyance. They are often considered those that see beyond the horizon. In many mythologies, they are messengers and assistants to gods.

For example, in Norse mythology, Hugin and Munin are two ravens that are yes of the mighty Odin. They fly around the world and inform the god of what is happening around.

Birds have always been associated with messages, traveling, crossing borders between realms of our world and that of mysterious forces.

Some birds are often considered heralds of bad news and bringers of misfortune; others of good omens, good luck and hope.

Ravens are commonly associated with bad news, whilst a dove is always considered a messenger of hope. It depends on a particular belief or superstition.

Nature and all of its living creatures has always represented a precious source of information we could get about this world.

We talk about spiritual, more abstract sort of information related to luck and fortune, prosperity, health and love and much more. We speak about the spiritual potential of nature and all of its living life.

Many civilizations relied on animal spirits and totems as a valuable source of such information.

Birds have always been particularly interesting, because of their messenger symbolism and spiritual role. They were often considered herald of gods or even the gods themselves.

Thus, we have all sorts of superstitions related to birds. Some of those beliefs are local; the others are universal.

There not definite answer that would say whether birds are lucky or not as a whole.

There are common beliefs that consider birds special messengers. For example if a bird flies into one’s house, it means you are about to receive some very important news.

If the bird was white, it is very likely that the news you are about to hear are good ones and vice versa.

In some societies, a bird flying into a house simply announces unexpected guests.

If a bird knocks on your window, it could also suggest you are about to hear news. It could also mean you are trying to avoid something; you know that you have to face someone, but you are not ready for what they have to say.

This could also mean you are about to face difficulties and run into a wall, in some area of your life.

When a bird follows you home, it does not necessarily mean that it wants to be your friend or that it needs some food or else.

It could actually be your spiritual guardian, your totem animal. It could be any birds’ species, so it would be the best for you to search for symbolical meanings of that bird in particular.

Bird feathers are also a common element of superstitions.

Many people see bird feathers as signs of some mystical guiding forces. Bird feathers are commonly associated with guardian angels. They are considered blessings and good signs.

If you suddenly come upon a feather, at some unexpected place it could be a sign of your spiritual guardian telling you that it watches over you.

Interestingly, animal poop has always been considered a symbol of good luck and fortune.

Stepping into animal poop or picking it up usually has a positive meaning.

For example, seeing cow poop in a dream indicates you might soon get a lot of money.

Animal feces are commonly associated with profit. Picking up animal feces sometimes mean you are about to help someone in need of an advice in a difficult situation.

Where such beliefs originate from, no one is sure. However, it is widespread belief that animal poop somehow bring good luck.

Well, in the end, it is a very natural process and it is closely related to food and digestion. By that logic, the bigger the poop, the greater the luck.

The more an animal eats makes it have more waste. Since animals do not ascribe any rules and restrictions about pooping, as we do, they empty themselves as they like.

It also represents cyclic pattern of nature, which is definitely an amazing thing. The symbolism in it is strong.

It suggests we should accept natural patterns they way they are and it would be a great blessing. It is just the way the world goes around.

Let us now focus on our primary subject here and try to figure out the meaning behind bird pooping on you superstitions.

When a bird poops on you meaning

Although this is not a particularly pleasant phenomenon, it is considered lucky and fortunate, all around the world.

Well, the first thing is possibly the symbolism of birds as heralds of good news and messengers from divine entities and heavens above our heads.

If a bird poops on you, it possibly means higher forces would like to draw your attention, for any reason.

However, it is generally assumed the reason is something good. Your guardian angels want to tell you it watches on you from the above, perhaps.

Although a bird pooping could be unusual channel, it is something you would definitely notice.

If it happened that a bird pooped on you, think about your current situation in life.

Are you particularly nervous, worried or stressed over something?

If it is so, this could be the sign of encouragement; heavens suggest you will overcome your difficulties and troubles. You should remain strong and patient.

No one knows how and when things might change for you and for good.

The other side of meaning behind a bird pooping on you is simply related to the concept of luck.

Well, it is not something that happens very often, right? There are probably people who have never experienced a bird pooping on them. It certainly does not happen every day.

verything that is rare is usually associated with mysterious intervention, especially if it is something pretty neutral.

Bird pooping on you is a bit nasty experience, but you have to agree it is completely harmful.

Chances that a bird would poop on you when you get out of your home are one in the million.

The very event of a bird pooping on you also depends on your own perspective and the meaning you give it.

You could, perhaps, consider yourself really unlucky (e.g., you have put onto your fancy new jacket and then it happened) or you can see it as an unusually interesting phenomenon.

Therefore, the interpretation also depends on your own perspective.