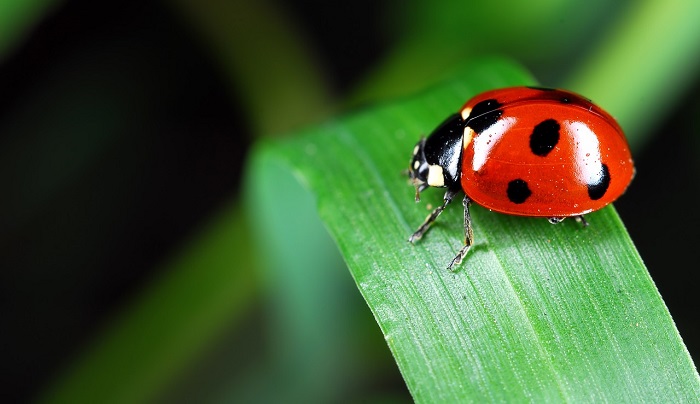 Insects represent the most numerous and by far the most successful organisms in the world, in terms of survival and adaptation to different life conditions.

They make more than a half number of all animal species.

Entomologists assume there are at least four millions of insects’ species we are yet to identify and classify. Can you imagine that?

Insects are all around, even if we cannot always see them. They are so various and diverse, strange to us, humans, often fascinating, but also a bit scary.

The reason why people usually feel a bit uneasy around insects (some people get chills even mentioning insects) is that these organisms are so different from us.

In four-legged animals, for example, we still see something that is familiar; their faces, shape of their bodies and else. You cannot find such a thing in an insect.

These appear far more alien-like to us, so it confuses us and make us wonder if they could harm us.

The more pleasant to our eyes, the more chance we ascribe some positive meaning to them.

However, it also depends on cultures, beliefs and even survival mechanisms. In some cultures, insects represent food.

In some Asian societies, grasshoppers are a delicacy; to Westerners, it is a repulsive food tradition. In some other societies, people eat larvae, but it is mostly because they represent nutritious food source, in an environment where there is not many other choices.

What is very important to note is that the majority of insects’ species is not harmful to humans; there are very venomous species that could match a great number of benevolent ones, though.

Many insects are useful to humans, although some modern day movements are against exploitation of insects’ products, just as they are against the use of any animal products, but that is another subject to discuss. 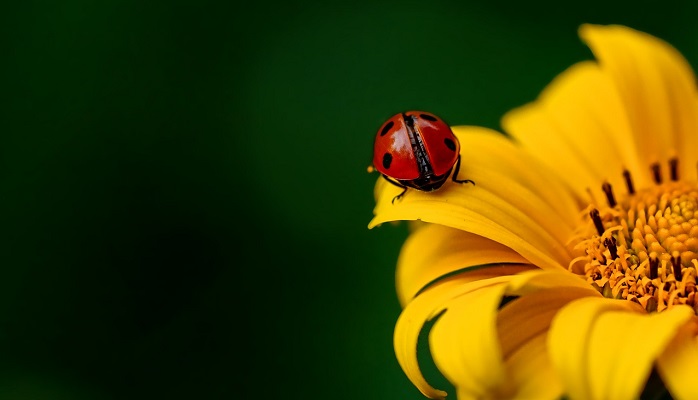 Since ages ago, people have collected honey from bees, made silk from material silkworms produce, make oil and else.

In some traditions, insects have been held as pets and fortune bringing ones; that is the case with crickets in China, for example.

Finally, the most important purpose of insects’ existence is plant seeding.

Without insects to spread pollens and else from plants, well, there would be much less plants then we have it. When it comes to symbolism, various insect species have all sorts of meanings in different cultures.

Today we represent one of the most adorable little ones, her majesty the ladybug. Ladybugs are generally considered cute, adorable insects, unlike many others.

These little bugs are rarely seen unfortunate or scary; well, they certainly do not look scary.

Ladybugs belong to an order called Coleoptera, family Coccinellidae and there are five thousands of sub-species and variations. Not all ladybugs are red with black dots.

There are black and yellow ladybugs, for example, although speaking of their symbolism and else, people usually think of the red one.

Most of ladybugs are benevolent and even useful.

They feed on pest insects, so people are pleased to see ladybugs in crops. All around the world, ladybugs are believed to be fortune bringing little ones.

Since very old days, ladybugs have been considered fortunate insects all around the globe.

The most ‘popular’ variety of ladybugs is European red one with seven black dots. In many societies, ladybugs are closely related to Christianity.

The name ladybug originates from English Our Lady’s bug, which already indicates a very positive meaning. Ladybugs are a blessing from Our Lady.

Red color of ladybug’s body is associated with fire and blood; the two symbolize life and love, so these tiny ones are also considered symbols of life and love.

One of the oldest depictions of ladybugs as fortunate symbol originates from period as old as twenty thousands of years ago!

This depiction was found carved onto a piece of mammoth’s bone, very likely designed as a pendant to be carried as an amulet of fortune and protection.

Red color of ladybugs’ body is also commonly associated with the cloak of Christ’s mother, so ladybugs are often considered symbols of Mary, the mother of Christ.

This belief is particularly present in some parts of Italy and Great Britain.

Symbol of love, healing and fertility

Ladybugs are symbolically associated with concepts of abundance and fertility.

In ancient Italy, people believed that a ladybug that does not have seven black dots does not bring fortune; on the contrary. People believed it is a bad omen considering their crops.

Ladybugs are commonly associated with fertility, motherhood, even with the very process of giving birth. They also symbolize love and beauty.

In France, there is a widespread belief that ladybugs are capable of turning negative thoughts into positive ones. French believe ladybugs help with mental health issues; they could calm you and make you feel less anxious and more hopeful.

Sometimes, it is also believed ladybugs are an omen of marriage, especially if they appear to a young unmarried man.

Girls anxious to get married also consider ladybugs fortune bringing. They would gently take a ladybug and place it on a tip of a finger, waiting for it to fly away.

They count down seconds before a ladybug flies; according to this belief, each second counted symbolizes a number of years they would have to wait until getting married.

German farmers have been appreciating ladybugs since old times. They believe Holy Mary has sent them ladybugs to help with their agricultural works. Germans consider ladybugs fortunate in general.

There is a tradition of decorating presents with a tiny figure of a ladybug, which is a symbolical expression of a wish that a person whom the present was given be happy and fortunate.

In Orthodox Christian societies, people sometimes associate ladybugs with Archangel Michael, since the date of celebration of this saint, the beginning of autumn, matches the period of ladybugs seeking a comfortable place for hibernation.

There are all sorts of beliefs related to ladybugs of which most are fortunate and positive ones.

Let us talk about the most widespread one, a ladybug landing onto someone.

Ladybug landing on you meaning

This is usually considered a blessing and a very fortunate phenomenon. People would say it is a good omen and even a sign from heavens.

It means heavens protect you and want you to be happy. Ladybug is a common herald of fortunate news!

There are variations of this belief, depending on particular culture and society.

The widespread belief is that it brings good fortune, but let us see into some interesting examples.

In various societies, people believe they would experience happy and fortunate times if a ladybug land on their arm and stay there until they count up to twenty-two.

In Romania, for example, people would follow the direction a ladybug has flown away after sitting on their arm or another place of the body. They believe their fortune will come from exactly the same direction. In some societies, a ladybug is associated with having children.

This, in Netherlands, people believe that if a ladybug lands on a bride during the wedding ceremony brings her great fortune in terms of having children. They believe she and her husband will be blessed with numerous healthy kids.

Many believe ladybugs are spiritual healers, so that they could help a person feel better and recover if it lands on someone.

There is also a belief that if a ladybug lands on someone who is ill, that person is likely to recover much faster or that his or her health issues and symptoms would be eased.

If a ladybug lands on your hand, it means a good weather is ahead, as well, which especially an appreciated belief amongst farmers and people who are involved with agricultural works.

These fortunate bugs are commonly associated with our good and pure wishes come true. It is believed that if you make a wish at the time a ladybug lands on your body, there are great chances it will come true.

The belief about the number of children applies in cases of freshly married couples, not only a wedding ceremony event.

Although red ladybugs we talk about have seven dots, there are many beliefs considering the number of dots.

The number of ladybug’s dots is commonly symbolically associated with period of time you would have to wait for something to happen (a fortunate event, in all scenarios), amount of money you are about to find or earn and so on.

In any case, seeing a ladybug is considered lucky.

When a ladybug lands on you, its ‘magical’ effect is even stronger. It is as if you make a closer connection to its fortunate powers. It means you are truly blessed!

This belief is widespread around the world and there are poor chances you would find another opinion on it.

On the other hand, anything bad that happens to a ladybug is considered misfortunate. Killing a ladybug brings bad luck and negative energy.