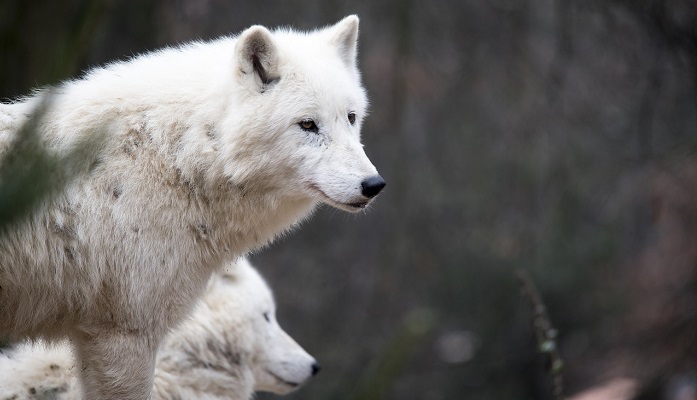 They are dangerous predators and don’t have many enemies, other than humans. Wolves are usually killed by humans because they prey on their livestock. Wolves usually shy away from humans.

They attack humans seldomly, and in most cases these cases involve wolves infected with rabies.

Wolves are deadly animals that could easily kill a human being. They are often considered a symbol of evil and dark forces. Some of that symbolism stems from books and movies, and most of it comes from mythologies of different people.

One of the famous stories is the myth of the werewolf. A werewolf is a human being with ability to transform into a wolf.

This superstition goes back to the middle ages and is mostly present among Europeans. Its origin corelates with the development of the belief in witches and witchcraft.

In the late middle Ages hunts were organized for people who were perceived to be in a pact with the devil, witches and werewolves. These poor people were trialed and executed in great numbers.

A special subspecies of the grey wolf is the white wolf, or the Arctic wolf. These animals live in the Arctic regions of Greenland and North America.

Because of the isolation of their habitats, they are not as threatened by humans as wolves living in other areas. They are generally not afraid of humans as grey wolves are.

Dreams about wolves usually carry an important message from our subconscious.

They often symbolize our desire for freedom and independence, adventures, excitement, etc. They can also represent the wild and uncivilized parts of our personality.

In some cases, a dream about a wolf or wolves could be a message from your subconscious asking you to embrace your adventurous side of nature and begin doing things you desire. This dream is often a calling to change your boring everyday routine. 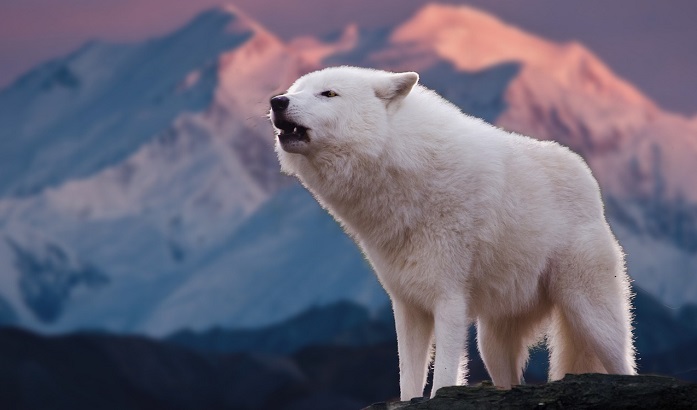 Sometimes it represents a calling to stop pressuring yourself with society restrictions and allow yourself to be who you really are.

Sometimes a wolf in your dream could be a sign of loneliness and isolation. You are possibly a person who loves spending time on their own and don’t like to hang around people much.

You probably have a couple of good friends you like to be with, and you don’t waste time on the company of people you don’t appreciate.

This dream could also reveal your lack of communicative skills and tendency to retreat in the company of people you don’t know.

Sometimes this dream could announce some kind of threat or illness. In some cases, a dream about wolves could be a sign of potential threats you could encounter, and sometimes, that can even be illness, you will have to deal with.

This dream is a warning to be prepared for some unpleasant circumstances and try to go through them as easy as possible.

Wolves in dreams could be a sign of your desire to be a part of some group. That is usually a group of likeminded people, you share common interests with.

Dreams about wolves often symbolize some group you are a part of and are proud of.

In some cases, the dream could be a warning about our aggressive nature and the need to change our behavior.

Possibly our subconscious is trying to tell us that we should change soon because people will begin avoiding us. Wolves can sometimes be a sign of financial issues.

Sometimes they could represent something we are afraid of and they represent an encouragement to face our fears. Wolves can sometimes symbolize some hidden enemies we have.

White wolves have a powerful symbolism when they appear in our dreams. This animal appearing in our lives whether in reality or in our dreams, can symbolize someone who is deeply spiritual and knowledgeable in that area.

That person can also be a bringer of some spiritual message that we should embrace and incorporate in our lives.

Dreams about white wolves could both be a good and a bad sign. The white wolf in our dream often symbolizes our untamed part of personality which refuses to conform to social norms and accepted behavior.

This dream could be a sign that the person is repressing that side of them for the sake of conformity and being accepted by society.

By doing that, the person denies their true self and feels unhappy inside, and this dream is the proof for that.

For the Native Americans, white wolves are special dream symbol. This animal is much respected in their culture. The white wolf is a symbol of a strong warrior and it could represent wisdom as well.

Dreams about white wolves, and wolves in general could happen to people who have gone through some traumatic experiences and physical abuse.

They are often dreamed by people who were victims of human predators and they reflect the fears and pain they still feel from the horrific experience they have gone through.

Sometimes a white wolf in our dream could indicate fear of some project you are about to start working on at work, and you feel like you don’t have all the details needed to do the job well.

It is possible that someone is deliberately hiding the details from you or preventing you to learn about them because they intentionally plan to make you incompetent before your superiors.

Its presence in our dream could also symbolize some deceitful person prone to telling lies and creating imaginary situations to gain something or to cause us damage.

It is advisable to be watchful for the people from your surroundings if you happen to dream about white wolves often. It is possible that your subconscious has picked up some bad vibes that you are unable to pick from some people or person you consider close and trustworthy.

Sometimes this dream could indicate being aware of the deceitful intentions of some person from your surroundings and confronting that person with facts about their behavior. A white wolf in a dream is often a sign of conflicts with rivals.

Below are some of the scenarios of dreams about white wolves:

Dreaming of a white wolf in general – If you dreamed of seeing a white wolf, that dream is usually a bad sign. It could indicate having some false beliefs which are influencing your actions.

You should discover what illusions are present in your conscious and try to change them because you could cause an irreparable damage taking actions based on wrong assumptions.

It could mean that you are ignoring some important situation or issue in your life because you believe that everything is alright or will be sorted out somehow and in fact, you are only making your problems worse.

It is important to reevaluate your behavior and begin facing the issues you have.

Dreaming of a caged white wolf – If you dreamed of a white wolf locked in a cage, that dream could indicate false beliefs about having harmony and stability in all areas of your life, while in fact everything is the opposite of what you believe.

Possibly some circumstances are unfolding behind your back which could leave you in a state of shock and complete amazement when you find out about them.

This dream could be a warning to protect yourself from the people from your surroundings who only pretend to be your friends.

Dreaming of an aggressive white wolf – If you dreamed of a white wolf which appeared very aggressive, that dream is not a good sign. It usually indicates some fears that the dreamer has or the feeling of being threatened by something or someone which calls for a defensive behavior.

Dreaming of a white wolf shape shifting into a lamb or another weak animal – If you dreamed about a white wolf changing its shape into a lamb or some other weak and timid animal, that dream is not a good sign. It usually indicates false friends and acquaintances who are scheming behind your back to potentially harm you in some way.

This dream usually indicates some kind of deception and creating illusions about someone’s true nature.

Possibly you have people in your close social circle who are only pretending to be your friends, and are in fact jealous of you and your success and would like to see you fail or suffer some damage.

It is possible that after this dream you could experience some situation where this person or people could unintentionally show their true face to you.

Be grateful for this dream because it might save you from damage and help you get rid of people you don’t need in your life.