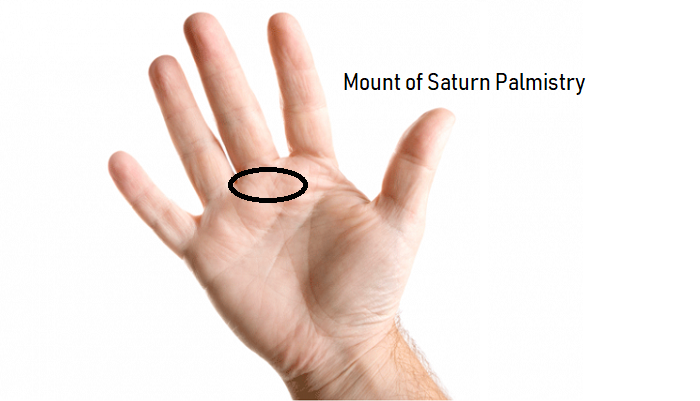 Palmistry or palm reading is the art of reading the person’s future by deciphering the symbols present on their palm.

It was a wide-spread method of foretelling the future since ancient times and it still hasn’t lost its popularity.

Different palmistry schools around the world have differences and similarities.

Palmistry practitioners are known as palm readers, or palmists. Although many people confirm that the art of palmistry is very accurate based on their experience, palmistry is still considered as a pseudoscience. The origins of palmistry date back to ancient India.

From there, palmistry spread all over Eurasia, and it even reached ancient Greece where it was also practiced.

During the dark centuries in the times the middle ages, palmistry was forbidden because it was considered a form of witchcraft and fortunetelling. During the late 19th century, palmistry became popular again.

In those days, the most famous palmist was the Irishman, known as Cheiro.

He was a talented palmist who studied palmistry in India from gurus. His palmistry practice was placed in London where he was visited by many world-famous people of these times, like Thomas Edison or Mark Twain.

Many of them were disbelievers at first and considered palmistry as a form of charlatanism, but after meeting him, they changed their mind and begun appreciating it as very precise and real.

Palmistry evaluates the person’s character and predicts their potential future, by analyzing the features on their palm.

Different palmists pay attention to different details, but in general, they observe the palm skin color, patterns, the shape and length of the hand and fingers, the lines present on the hand, the unusual symbols which sometimes appear, and many other details.

Every palmist develops their own method of palm reading, based on previous experience and the gained knowledge on the subject.

The main information about the person’s character and destiny is gathered from the so-called dominant hand. The dominant hand is considered the hand we use the most.

Dominant hand is usually the one we use for writing. For most people that hand is the right one.

The dominant hand gives around 80% of the information about the person, while the other one gives additional 20% information.

Palmistry can give a lot of insight about the person’s character and their general wellbeing.

It can also give some insight about their future, especially where they are in life in the current moment when the reading is being done.

The mounts of the palm are important for palmistry readings as well. They are all related to some areas of our lives. They need to be well-placed to ensure their benefits to the person.

The best mounts should also have some fortunate symbols present on them and lack unfortunate signs.

Mount of Saturn – Reading and Meaning

The mount of Saturn is placed under the middle finger, which is also called the Saturn finger.

That area is related with responsibility, introspection, self-preservation, study, and search for the inner truth.

The mount should not be overly bulky or exposed, nor should it be flat. It is better that the mount is missing, than to be overly developed or under-developed.

If a person has a normally developed mount of Saturn (medium-sized), they possibly love to take time away from everyone and isolate themselves. They are usually very independent.

They love to be around people, but they also need their time alone to charge their batteries and rest from the crowds.

These people are self-aware, but not self-absorbed. They are usually faithful and emotionally balanced. They are normal in every sense of the word.

They are logical, responsible, and control their emotional reactions very well. They never allow themselves to overreact in situations where things don’t go as planned.

When the mount of Saturn is well-developed, the person has great endurance, is wise, and has keen judgment.

These people are in a quest to gain deeper knowledge and understanding of things.

In many cases, these people are humanitarians engaged in doing things for the benefit of other people.

If the mount of Saturn is overly developed, the person can have a rigid and defensive nature. These people are under a great influence of Saturn, and often have it prominatelly placed in their natal charts as well.

They are often very distrustful, conservative, and reluctant to accept changes or other people opinions.

They are also very defensive and always ready to attack others. They also don’t accept commands from anyone.

These people are also wise and often loner types. They are introverted and introspective. They are very thoughtful and always think well before taking some actions.

If the person has a small mount of Saturn, that is also not a good sign. The person could be irresponsible, superficial, or disorganized. They could easily go overboard and begin doing illegal or otherwise forbidden activities and behaving bad towards people.

Saturn gives order and structure, which is why when the mount is missing the person, could get completely disorganized.

If the mount of Saturn is pale or yellow, that is not a good sign. The person could have a nature prone to melancholy, depression, and suicidal thoughts.

Lines and Other Signs on Saturn mount

Special symbols and signs appearing on Saturn mount can have great significance in palmistry.

The most common ones are squares, triangles, crosses, stars, tassels, but there can be some signs that rarely happen which give the person unique traits.

Some of the most significant signs on the mount of Saturn are:

If a cross is present on the mount of Saturn, that is not a good sign. It could be a sign of danger, accidents and ill fortune for the person.

It often indicates problems with conceiving children and the person often remains childless.

A square on a palm is a protective sign in general, and when it appears on the mount of Saturn it protects the person from ill fortune, illness, and accidents that he otherwise might encounter.

If a star is present on the Saturn mount that is a good sign and promises the person success in areas ruled by Saturn.

A circle on the mount of Saturn is a good sign for spiritual advancement of a person. The person is usually a highly spiritual being.

When a sign of triangle is present on the Saturn mount, that is a good sign, but it rarely appears in this place.

This sign gives the person a special knowledge of the occult and secret sciences.

If one vertical line is found on the mount of Saturn, that is a good sign. It indicates the person leaving a calm and harmonious life until their old age.

When the person has two parallel lines on the Saturn mount, that is a good sign, but it indicates that success comes to this person later in life.

If many lines appear on the Saturn mount, climbing the mount towards the Jupiter mount like a ladder, that creates a very auspicious, but also rare sign in palmistry.

This sign indicates a gradual success of the person throughout their life and slowly gaining public recognition. This pattern occurs rarely and it could only be found on the Saturn mount.

Many scattered lines or grill on Saturn mount

If the person has many scattered lines on the Saturn mount or lines that form a grill, these symbols are not a good sign. They indicate bad fortune and trouble for this person.