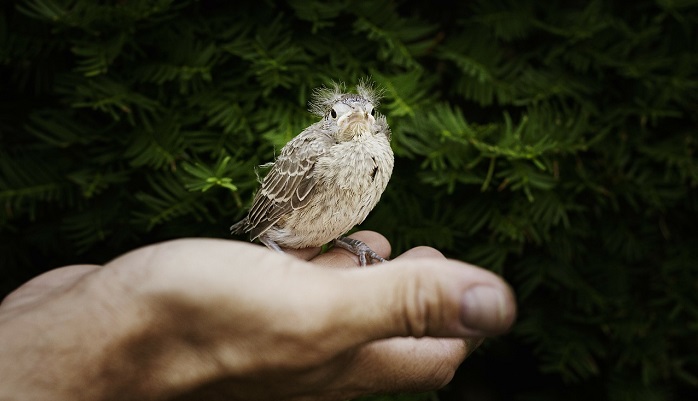 A bird pooped on you? Well, then, you should consider yourself a lucky person!

At least, this is what one of the most widespread and popular superstitions says about it.

How come that we think bird poop is a good omen, when it is, actually, an unpleasant situation to get in touch with it.

No one likes to get dirty and bird poop is definitely not a ‘clean’ thing to experience.

Before we analyze this popular bird superstition, we will talk more on bird symbolism in general.

Animal poop is also an important element of this superstition to be analyzed. But why bird poop means good luck?

There are hundreds and hundreds superstitions and folk beliefs related to birds as a whole and as separate species. A white dove brings hope and good times; a black raven probably brings some bad news.

These are only examples. What is a one of those birds poops on you? Why we think it is a good sign if you stepped into an animal’s poop?

This superstition about bird poop is probably a mixture of several possible causes.

One is general bird symbolism, the other is the factor of coincidence and the last one is possibly our need somehow to turn an inconvenience into something positive. 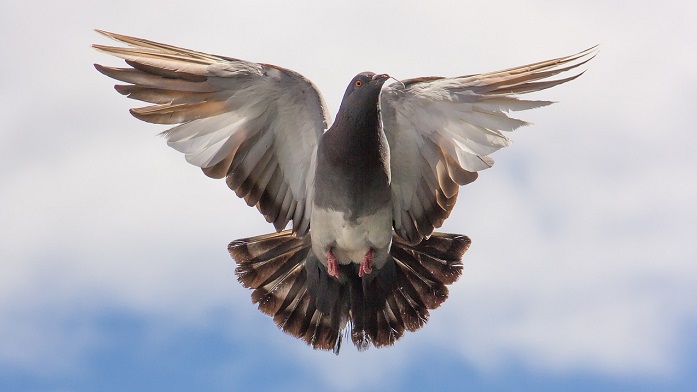 Since ancient days, bird symbolism has been growing, widening and developing in all parts of the world. It greatly varies, depending on a local tradition and the system of belief related to it and on other factors, such as a bird species and else.

There are different beliefs related to doves and pigeons, ravens and crows, parrots, seagulls, eagles and falcons and many more.

However, all of these incredible feathery creatures have one thing in common.

They all fly. Flying is something we can never fully understand, in fact, since we cannot do it ourselves.

We might have developed all sorts of ways to go up in the air, but none of these ways includes our own body potentials to the fullest. Birds are given this incredible skill all by nature and we admire it.

This is the reason why bird symbolism is very strong and often associated with forces beyond our imagination.

Birds are often seen heralds of heavenly forces, embodiments of some sacred energies, but also messengers from the underworld, incarnation of evil spirits and so on.

In any case, there is something magical about them. Their ability to fly is also strongly associated with the concept of liberty.

Birds symbolize physical freedom, but, allegorically, they also represent the freedom of thoughts and emotions, the spiritual freedom of the human soul.

Birds are associated with ideas of clairvoyance and far seeing powers. They travel in between the worlds in many mythological concepts and represent eyes and ears of gods and mythical figures.

Think of the owl that symbolizes the wise goddess Athens, Odin’s two ravens, think of the ever-living Phoenix that rises from the ashes.

These are only several examples that prove the importance of bird symbolism in the world’s traditions and beliefs. Bird superstitions and folk tales are, thus, countless.

The one about bird poop is seemingly widespread around the globe. It is found in different countries and traditions.

Let us see into some of the most common bird superstitions and then move onto this particular one.

Humankind has always been trying to find answers in nature and natural phenomena.

Before the age of advanced technologies and scientific progress that helped us find all kinds of rational answers and explanations to various phenomena in the world around, we were more inclined towards giving mystical, spiritual explanations.

We have always been trying to find some explanations in animal behavior and it is what we still do.

However, in the past, people would connect animal behavior with some forces we cannot explain.

Animals were often seen as messengers from the other world, incarnations of some forces beyond our comprehension and many more. All sorts of phenomena gained its spiritual dimension and so all kinds of superstitions developed.

Birds are a common subject of various fold beliefs. They are also loaded with symbolical meanings, for many different reasons.

For example, the mighty eagle stands for bravery, pride, freedom and strength, while the tiny dove represent beauty, innocence, hope and grace.

Little sparrows are seen as tough and cunning, ravens are often associated with forces of darkness and night.

One of the common beliefs shared between different cultures and traditions is that birds are messengers of some other forces, gods and demons. A popular fold belief says that if a bird comes to your home, all of a sudden, it means you will soon receive some news.

Now, the nature of those news depend on what color the bird was, what species and soon.

Birds are often considered an incarnation of spiritual guardians. If you keep seeing the same bird all the time or if it flies alongside you and follows you on your way, it could be your spiritual protector.

This bird represents higher forces that watch over you and care about you; it could be your totem animal. The best advice is to be kind to this fellow, whatever species it was.

Bird feathers are a popular element of many superstitions, but the most common one says that it was s sign from your guardian angel.

Therefore, it is a blessing if you see a bird feather on your way.

All sorts of bird calls are also loaded with superstitious beliefs. A crow cawing is an ominous sign, while a tit bird call should be taken as a positive one.

What about bird poop? It has always been considered a lucky sign. This is one of the most popular bird related superstitions. If a bird poops on you, it is considered good luck. If it poops onto your head, it is a true blessing.

Let us see into animal poop symbolism, to get a better insight into this superstition.

For some reason, it seems animal poop has always been considered a good sign.

It is very interesting to think about animal poop as something good. One particular belief stands above all else and is pretty common.

If you step into animal poop, it is considered a fortunate sign.

You have to agree this is definitely not something you wish for hurrying down the street to get on the bus or to turn on your car or whatever else you are up to. Well, superstitions say animal feces bring wealth and fortune.

How this superstition has developed, no one knows for sure. Let us try explaining it by some logic. Animal feces is associated with natural processes and the cycle of life.

Therefore, it is a product of natural balance, meaning it could symbolize natural harmony and overall balance, which is, of course, a good thing.

On the other hand, it is related to one specific natural process of living beings and it is digestion.

Food represents life, as well. In human world, the richer you are, the better and the more quality is the food you can get. The wealthier one is, the bigger would be his fields and crops.

Therefore, food is directly associated with the idea of wealth. Animals do not have social restrictions and taboos, so they poop when they feel the need to.

Their poop thus represents the direct outcome of having enough to eat. If your cattle eat well, well, they will poop a lot. If you step into it, it is a sign of good luck, meaning you will become wealthy or get some money or whatever else.

This superstition was possibly first associated with animals that are also a source of food for humans and then it was spread to other animals that live around us.

Here we come to bird poop, which could be considered a specific form of animal poop symbolic meaning. Well, most of birds do not provide us with food, but the meaning of animal poop remains the same.

All around the planet, people would say that if a bird poops on you, you should think of yourself as a fortunate person. Bird poop on your head is a true blessing, but why?

One of the possible explanations is, of course, the factor of coincidence. This is not a common event. Well, it happens all the time, but definitely not to one person.

There are certainly people who have never been pooped by a bird. They are not unlucky, of course, but those who had the experience are extra lucky.

Everything that does not happen too often and occurs all of a sudden, unexpectedly, is often considered a sign. It is something you can never predict and it usually surprises you.

When a bird poops on you, well, you probably do not feel that lucky, but it is translated to a sign from higher forces. It is a blessing that tells you are going to be fortunate in the following period.

It could even be considered a sign from heavenly forces that watch over you. Although sending a bird poop is probably not a message you would choose to receive, no one asks you.

You should take it as a lucky sign. Besides, think of it just a bit deeper. Does it hurt you? No, not at all. It may have stained your jacket or your hat or hair, but it is not something that brings you any actual harm.

Chances that you will experience such a thing every time you go outside are poor.

Therefore, when this happens, it is something extraordinary, something that happens once in a while and not to all people. It means you are, in a way, a chosen one.

If you are particularly spiritual or superstitious, a bird poop could even be a message from the realm of the deceased or of a soul that lingers in between the worlds of the living and the dead.

Another possible explanation is that we simply have an inborn need to turn something unpleasant into something good. It is a part of our emotional defense mechanism.

While it is very likely a person would feel bad if they experience something inconvenient, turning it into something convenient would be much better. It is simply the way of turning a disadvantage into an advantage.

By thinking: “Hey, this must be a lucky sign!”, rather than feeling sorry for yourself because you had this unpleasant experience of a bird poop staining your clothing or hair, you encourage yourself and take a very optimistic and positive point of view.

In that sense, a bird poop definitely brings one good luck, inspiring hope and positive thoughts.

If it happens a bird poops on you, do not get irritated, take it as an extremely good omen!