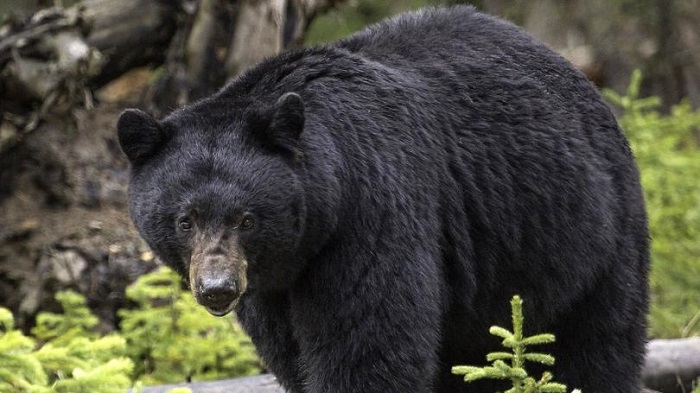 There are two known species of black bears, the Ursus americanus, or so-called the American bear, and the Ursus thibetanus, or the Asiatic black bear.

The American black bear is usually the one people refer to when they talk about black bears.

These bears live in the forests of North America and some even reach parts of Mexico.

The color of the American black bear isn’t all black, and it varies, even among the members of one litter. These bears can have white marks on their chest, and sometimes they are shaped as the letter V.

These bears are large and can reach up to 1.8 meters and weigh up to 270kg. Males are significantly heavier than their females.

These animals are omnivores. They eat everything, from fruits to carcasses.

These bears are opportunist and they use all available food resources. They don’t hesitate to kill moose calves and deer.

The ones which live near human settlements frequently visit their garbage cans.

They are dangerous animals and people are often hurt and killed in close encounters with them. The best way is to avoid them just as they prefer avoiding humans.

Like most bears, black bears also have their winter sleep in their underground burrows, hollow trees or similar places. They are usually solitary animals, and they are not territorial.

These animals tend to be promiscuous and change partners. Their life span is around 20 years, but they often end up killed by traps, hunters, car hits, etc.

These animals are usually active during the day, but those living in areas where humans live often have their activities during night. 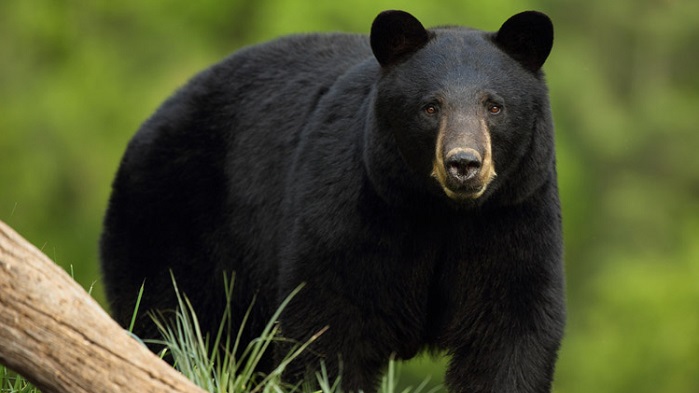 The Asiatic black bear has a similar size and appearance to the American black bear.

This bear is also called the Himalayan bear, Tibetan bear, and sometimes the moon bear. These bears live in Southeast Asia, the Himalayas, Eastern Asia and Japan.

They are also omnivorous and have similar diet to the American black bear. Sometimes they tend to attack domestic livestock.

Parts of this bear are used in traditional Asian medicine, especially in Japan, China, South Korea and Singapore. These bears live in altitudes of up to 3.600 meters.

Dreams about bears and black bears

Dreams about bears are often a sign of the person’s strength and independence. If the bear was alone and tranquil, the dream usually indicates the person’s ability to survive and thrive on their own.

If the bear was aggressive in the dream, such dream often reveals the emotional state of a person.

This dream usually indicates that the person is harboring some anger and is easily annoyed.

Bears in dreams could symbolically represent some female dominant figure in our lives, possibly our grandmother or mothers.

They could also indicate possessiveness in love, especially if the bear in the dream was somewhere near the person’s home.

Dreams about bears could also symbolize a period of reconsidering the past and introspection, which is usually true if the bear was peaceful and resting in the dream.

A dream where a person was hunting a bear usually indicates that the person is on the right path towards their goals.

Dreaming about killing a bear indicates the strength of the person having the dream, and their ability to overcome great challenges.

It is a sign of success in winning a victory over one’s enemies.

If a bear in the dream was dead, that usually indicates losing personal power. Sometimes it could indicate the removing of some authority from the person’s life.

A black bear in a dream usually reveals the persons character or their current state of emotions.

This dream usually indicates that the person doesn’t get angry and provoked easily, but when provoked, they can be fierce and very dangerous opponent.

The dream interpretation of a bear or a black bear will depend on the person’s attitude and opinion about black bears, especially if they happen to have some past encounters and bad experiences with similar animals.

Dreaming about a black bear – A dream where someone had encountered a black bear is usually a bad sign and indicates possible problems and health issues.

It might mean the worsening of the person’s wellbeing and it could be considered a warning to begin paying attention to their health to prevent potential problems with their health.

The person has probably been neglecting their needs and wellbeing and that might have jeopardized and ruined their health in some way, which is why their subconscious is sending them a message to begin taking better care of themselves.

This dream is often a sign that the person or someone close to them will get sick and have some health issues, mostly because of neglecting their health.

This dream should be considered a warning from the subconscious to begin paying attention to their wellbeing and possibly having a medical check-up.

A dream about many black bears could indicate some threats to the person’s wellbeing and it should not be neglected and taken lightly.

It could indicate that the person didn’t behave properly towards the people from their surroundings and has provoked their patience.

This dream often indicates that the person has lacked patience or respect towards other people and they have provoked their anger.

This dream often indicates real enemies and people who have something against the person who has had this dream and it warns the person to be careful about their actions and if possible try to settle things down with these people.

It might indicate the release of some heavy burden from the past.

Maybe the person has felt guilty because of something that happened long time ago and that bothered them a lot.

This dream could indicate coming to terms with reality and the events from the past and focusing on the future.

The dream could as well be a sign of awakening of the person’s spirituality.

It can also indicate the need for the person to take some actions to amend the deeds from the past if that is at all possible.

Because there was more than one bear in the dream that could mean that the illness could be serious and require a lot of effort to overcome.

This dream is a warning to the person to begin paying attention to their wellbeing and start taking care of themselves more.

Possibly the person has been neglecting their needs and general wellbeing.

It often indicates the coming of illness for that person or someone close to them.

This dream should be considered a subconscious warning to the person to do a medical check-up.

Also, this dream could be a reminder for the person to pay attention to their loved ones and their wellbeing because some of them possibly needs their help and they are not aware of that fact.

It could also indicate that the person doesn’t have enough patience to pursue their goals and that they should work on building their strength and endurance.