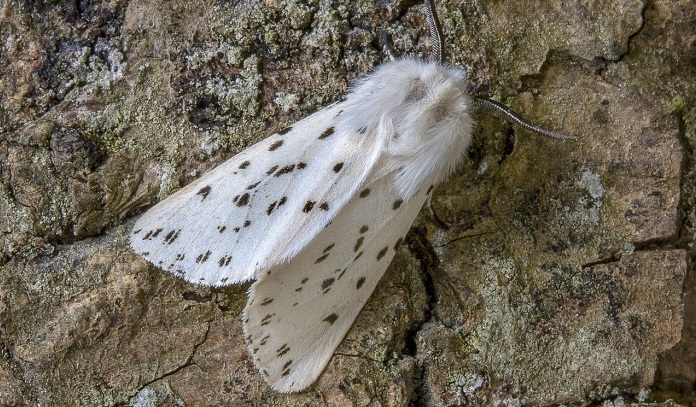 Do you think it is a bit strange that you keep seeing moths around you?

It could be a strange experience, especially if you have taken good care about your house and you are sure there are no moths or other insects.

It could also happen that you keep seeing moths outside or you dream about them.

Either way, it could be a spiritual message to you. Moths are perhaps not as attractive as their colorful relatives, butterflies are, but symbolically, they are equally interesting.

Moths are indeed close relatives to butterflies; these are very similar insects, but their habits differ.

While butterflies are daytime creatures, moths are nocturnal.

It makes them nightly counterparts of butterflies, especially when we consider symbolism and meaning behind natural characteristics of these flying insects.

These insects symbolize various things, depending on a cultural concept, but also on personal opinion on them. Insects are tricky to interpret, exactly because we tend to ascribe them strong symbolic meanings based upon our first impression on them.

The thing is, most people dislike insects in general. The reason is quite simple. We feel uneasy about and around things we cannot fully understand.

Behind all of our uneasiness lies the fear of the unknown. Since insects are so different from us, they look alien; they instantly provoke the sense of fear and even disgust.

Butterflies are the ones that are usually associated with positive meanings. Their relatives, moths, well, not as much.

However, they are rarely considered scary and repulsive as spiders or cockroaches, for instance. 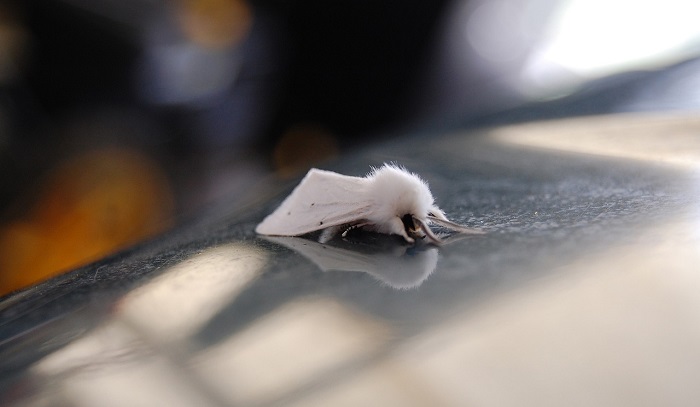 Symbolism of moths is somewhat similar to that of butterflies. Both are gentle, with thin, easily damaged wings.

Both fly and are not venomous. However, while butterflies are never associated with disaster, moths are often taken simply as pests.

Well, it is true some varieties destroy crops, eat our food and put holes in our clothing, but there are more of those acting similarly to butterflies. Most of moths drink nectar and do no harm to our possessions and food sources.

What is even more important is that moths are useful to humans; at least, some species are.

Take silkworm, for example. Did you know it was a moth, in fact? Yes, and it is an especially interesting one.

Since it is basically a white moth, we will pay more attention to it a bit later.

Let us go through common symbolical meanings associated with moths.

Well, moths are similar to butterflies, if we think about their basic physical characteristics. They are very gentle ones. Moths are light and silent, very soft creatures.

If you catch it with your hand, there is a great chance you would kill it. Their wings are tender and they are covered in silky dust.

It even appears magical, something like ‘fairy dust’. It could be associated with lightness and sensuality.

Moths are also very sensitive to sources of light, to say so. It has incredibly strong symbolical significance. You know how they all gather around the light bulb, a candle or whatever else of the sort.

There are different natural explanations of why it is like that. It is claimed it is their escape mechanism, since they fly and the best chance to fly away from danger is to head towards the sky, where the sun shines.

There is a similar explanation regarding the moonlight, which is considered navigation light for moths. One way or another, moths are attracted to light.

In symbolical sense, it represents our need to find the light in the darkness.

Therefore, if you see moths acting the way they are, it could turn the light on in your head.

It could be a sort of enlightenment; moths around the flame symbolize a revelation or recognition of the need to find the true purpose, the light within your soul, a positive thought or whatever of the sort. It is a positive sign.

However, usually positive things have their downside, although not necessarily.

Moths are fatally attracted to light. It often happens they stay to close to the source of light and warmth so they burn or at least damage their wings.

The light is seductive, no matter how positive it might be. Seduction and passion are common association with moths.

Moths’ symbolism illustrates the saying that one should never sit too close to the flame; otherwise, he or she would get burned.

It could be that you are seduced by something good, glorious, noble and positive, but if you do not think rationally about it, you would lose your ground. It is also a good illustration for ‘do not play with fire’ saying, which is the opposite, but still the outcome is similar.

Moths remind you to think calmly and rationally, by giving you an example of what you should not do.

White color is universally seen as color of purity, chastity, innocence, goodness, light and perfection. It is often seen in opposition to black.

This is the most common duality in the world and it represents the pure light and the total absence of light. Thus, white is usually seen in a positive connotation, while the black is seen negative.

However, it depends on traditions and cultural concepts.

It represents perfection in simplicity; no wonder why the latest hi tech gadgets are often white (or black).

White is sterile color, as well, so medical stuff, medical products and everything associated with healing, hygiene and else is usually white.

White is a pleasing color to have in your home. It is tranquilizing, relaxing and serene. White is the color of snow and of clouds on a perfect sunny day.

White is the color of sea foam, of some types of sand, of flowers and many other beautiful natural phenomena and things.

It is also a color of simple beauty and natural elegance. White is the color of grace, mercy and pure love.

White moth should be a considered a good sign. Having in mind how gentle and tender this creature is, white only accentuates its fragility and innocence.

White moth represents something pure, light and soft. It represents a human soul, just as a white butterfly.

White moth represents grace and mercy; it reminds us how beautiful simple things could be.

However, not all meanings are so promising. In Latin traditions, it was believed that the presence of a white moth in the house announces soon death of someone who lives there.

In Asian folklore, white moths often represent the soul of deceased people. It is believed that spirits would take a form of a white moth, so that it could travel across border of the afterlife and visit living loved ones. It is not a bad sign, although it is definitely a strange experience.

Japanese, however, believe a white moth embodies the spirit of someone living and breathing!

It does not appear only in Asia. There is an interesting belief in Jamaica.

People there believe a white moth is an incarnation of the soul of the deceased one who has not yet passed into the afterlife and would like to linger on here, for a while, in order to peacefully part from those who are left behind.

Maybe it is a troubled soul who would like to say goodbye in peace.

The belief in white moths as incarnations of souls of the deceased is widespread across the globe.

It is always considered a very bad luck to kill or harm this gentle creature. White moths also represent purity and innocence, so the bad luck is all the same if you kill something so tender and pure.

Silkworms are amazing little creatures. If you look them closely, you could even find them lovely.

They are all white, whit hairy body and gentle, silky wings. Moreover, silkworms are benevolent little ones and of great use to humans.

The fines silk garments we know today come from these diligent little ones. Silkworms represent gentleness, softness and purity. They represent simple and miraculous beauty of nature.

Silkworms also could stand for elegance, nobility and preciousness, producing such fine threads.

They also stand for hard work required in order to make something wonderful. Diligence, persistence and patience as well.

Silkworms are sometimes associated with omens of good fortune and even material success.

Dreams about white moths in general or silkworms in particular have different meanings. If you dream you grow silkworms, it means you should stay calm as you are and follow your path.

This dream suggests you are doing exactly what you should do, especially in terms of career and finances.

Do not rush and your work will definitely pay off. If you dream about holding a single silkworm and feeding it is a sign of a promising investment.

If you dream that a white moth has bitten you means you will have problems with people you are trying to negotiate with.

Dreaming about killing a white moth is never a good sign.

It means you are cutting away bonds with someone dear or even worse with your spiritual self. It symbolizes you giving up on your dreams and becoming a dull person with no greater insights in life.

It is a warning sign you could use at your own benefit.

If you, on the other hand, dream about letting a white moth fly free, it is a sign of liberation.

It means you finally feel as if a great burden got off your shoulders. It could reflect and actual feeling in your waking life or be a sign of encouragement.

You should never stop believing that you could be free in both your heart and mind.