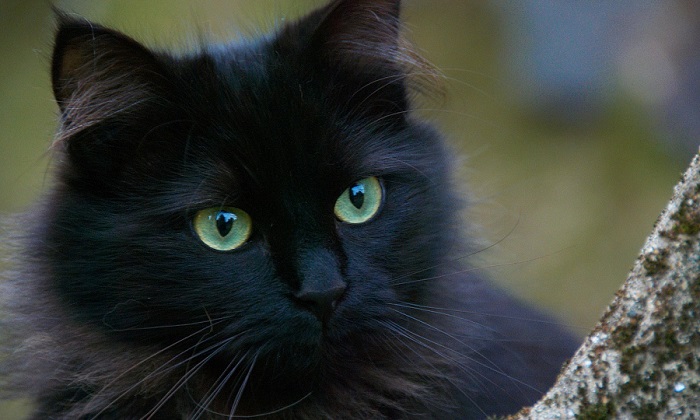 Cats are mysterious and beautiful animals, adored and worshiped since old days. Many ancient civilizations have had great respect for felines and had them even considered divine.

Throughout ages of our history, cats have been associated with magical powers and mysticism. While ones have adored cats, other thought of them as loyal companions of sorcerers and witches. Well, cats are mostly loyal to themselves, don’t you agree?

All cats have always been both praised and despised by people. Unlike dogs, cats are not that friendly.

In fact, they could be cuddly, gentle and cute, but only if they are in mood. We often associate cats with concepts of pride, self-interest, selfishness, ignorance and trickery. We also see them beautiful, skilful, agile, elegant, almost perfect.

Cats are greatly self-reliant and independent animals, but that does not mean they are very unfriendly. In fact, there are many bright examples of cats that have saved people from dangerous situations and that were loyal to their human owners.

There were famous space travel and ship cats, for example. As you all know, in Ancient Egypt, cats were sacred, godly beings. They are present in other great mythological systems, as well.

Speaking about black cats, in particular, it seems that dark superstitions about them have developed and flourished during dark medieval ages.

Black cats have always been associated with black magic, witchcraft, devilish practices, evil spirits and so on.

There are still many folk beliefs that claim black cats are just a physical manifestation of a witch’s soul or something like that. In some of old Slavic folk beliefs, black cats were associated with souls of those that passed away; particularly, with dead children.

There are all sorts of classes of supernatural spirits associated with cats in general and particularly black cats, throughout traditional superstitions and folktales.

How can we explain such symbolism, this connection between black cats and forces of darkness? Forces of something supernatural and magical, at least. 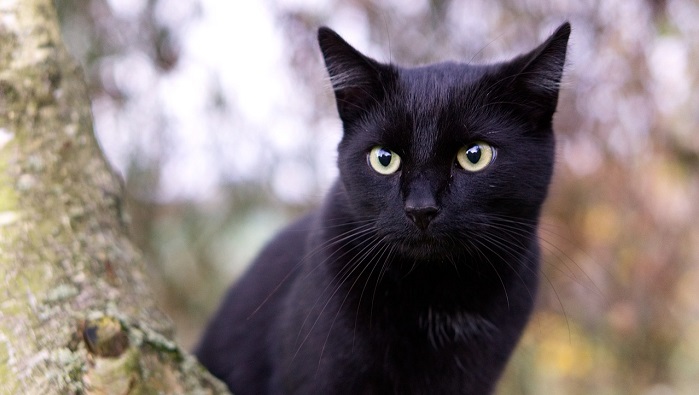 Well, our common sense says they are not, but many times, we fall under superstitious ideas.

Black cats do appear intriguing and magical, indeed. Their feline self-sufficient, proud and what appears as indifferent nature are only accented by their velvety dark fur and bright eyes.

Black cat symbolism is rich and full of opposites and contrasting beliefs. From culture to culture, from religious system to another system of belief, symbolism of black cats greatly varies, depending on numerous factors.

Each one of you is surely familiar with general cat symbolism, such as the one about these animals having nine lives, and many are familiar with at least some of black cat superstitions. Let us go through the most common.

If a black cat crosses your path, it is a bad omen; you will be unlucky and misfortunate. This superstition is found all over the world and is particularly present in Eastern Europe. It is believed that a black cat is actually a demon or a devilish incarnation with the mission to seduce you and turn you from God and heavens.

On the other hand, in Britain they believe a black cat crossing your path brings luck and fortune.

Ancient Egyptians were fond of all cats, including black ones. For them, a black cat is everything the opposite of demoniac and evil; it was a sacred, godly animal.  Far East societies have always been in favor with cats, in general.

However, in Japan, there is a belief saying that a black cat could be a demon that would kill a woman and take her body.

In cabalistic lore, black cats are seen as symbols of sin. There are many other similar beliefs, most of them originating from Dark Ages.

For example, one of such superstitions claims that it is misfortunate to see a black cat in front of a mirror; it is believed that it is, in fact, a witch, disguised as a black cat, using the mirror for her dark magic.

Some folk beliefs and superstitions say that you should not take a black cat as a pet, because this magical, dark animal could bring you only misery and bad luck. Of course, you surely know people who have black cat as pets and no problem with that.

Actually, they are probably very happy with having this amazing and beautiful animal at home.

Overall, dark symbolism of black cats is still present all around the world. However, there are many people who would choose to take care specifically of a black one.

Black cats have been associated not only with negative side of things that are dark in a way, but also with mystery, elegance, uniqueness, beauty and pride. Many artistic individuals would opt for a black cat pet, for example.

What if this elegant, graceful and mysterious feline enters your dream? Is that a bad or a good sign?

It all depends on how you see black cats in reality, of course. It stands for all types of dreams about animals with a great symbolical potential, such as black or white cats, for examples.

A black coated animal always symbolically represents an extreme. It is always in contrast with something and it could represent various ideas.

Commonly, a black cat in a dream is a symbol of something mysterious, hidden and magical; it could be both positive and negative. Such a dream could also have rather a neutral meaning, focused on another type of aspects.

For example, a black cat does not necessarily mean that something good or bad is coming your way, but it could serve more as a guiding sign. A black cat in a dream commonly represents a part of ourselves.

It is a symbolical manifestation of our deepest thoughts and emotions, of which we are unaware in reality.

Since black cats are commonly associated with magic and mystery, in dreams they could represent things from our surroundings we are also unaware in reality; those could be both fortunate and dangerous things, but what they have in common is that all remain invisible to us.

Dreams about seeing a black cat

If you see a black cat in a dream and it is a calm, beautiful one, this dream is good. This black cat represents elegance, uniqueness, individuality and independence.

If you like cats and especially black ones, this dream could only be a good one.

It stands for your own uniqueness and qualities; this dream should remind you of your own talents and skills.

Black cats symbolize individuality, so this dream is to encourage you be yourself the way you are.

Seeing a black cat in a dream and feeling uneasy about it means there are problems in reality you try to avoid, but they keep bothering you and disturbing your peace.

These could be minor nuisances, but if you keep ignoring them, they would only pile up and turn to bigger problems. They are sneaking into your life, just as a black cat moves around in complete silence. Try to resolve them in time.

Dreams about a black cat crossing your path

Dreams about a black cat crossing your path could be accurately interpreted depending exclusively on your personal opinion on popular superstitions about the same phenomenon in reality.

If you are not fond of black cats and think these animals are magically dangerous and dark then, of course, the dream cannot have a positive meaning to you.

It could symbolize a new idea, a new perspective, something you could try, but have doubts about it.

This dream means you should explore your deepest desires and see if you are true to your heart. Maybe you have talents and dreams you suppress for other reasons. Let your creativity and uniqueness flourish, do not be afraid of it.

Dreams about petting a black cat

If you dream about getting a black cat, petting it, cuddling with it or playing with it, this is a good omen. This dream means you are finding balance in life, a balance within your soul.

All of us have their dark and light side; a black cat as a pet could represent that wild, proud and a bit selfish part of yourself that also requires treatment and pampering.

In this case, we do not talk about your ‘evil’ side, if we could say so, but about your restless, wild and unrestrained part that could possibly put you into a dangerous or unpleasant situation.

Do not punish it, play with it. Make peace with your flaws and accept them rather as something that is unique and special, not broken.

On the other hand, a black cat could symbolically represent your talents, agility, skills, creativity and charisma, so if you dream about petting it, it is a highly positive omen.

It means you are open to widening your perspective in life and discovering and nurturing your hidden talents.

If you dream about seeing a black cat sleeping, it could be interpreted differently. On a positive side, it symbolizes tranquility, self-confidence, sense of safety and calmness.

It means you feel at ease with your surroundings and you feel safe and secure in reality. You have all conditions to give yourself time to relax and simply enjoy your life.

This sleeping black cat represents your self-care, your awareness of the need to pamper yourself and indulge with pleasures. If the cat is also purring, the dream is even more positive.

On a negative side, a sleeping black cat could represent your enemies, your worries and problems.

You will know if it is so, because the dream will make you feel anxious, uncomfortable and restless. In that case, the dream means your problems are dormant, for now, but it is only a matter of time for them to burst out.

The same applies for people around you who wish you bad things.

Dreams about a dead black cat

Dreams about a dead black cat are bad. They symbolically mean you have either lost your individualism because of your deliberate effort to fit in or you have gone through difficult times that drained your energy and left you feel as an empty shell.

Do not be afraid, this dream is only a reflection that should remind you life has its phases. All of them must eventually come to an end, either a happy one or a sad one, but an end.

This dream should make you rethink your plans and reorganize your life. Sometimes things happen only to make us change our direction. Loss is what we all have to face.

A dead black cat represents loss of some of the most intimate parts of a person’s life; dreams, desires, even skills and talents.

However, great losses open different doors, that is how it would be the best to think about it.