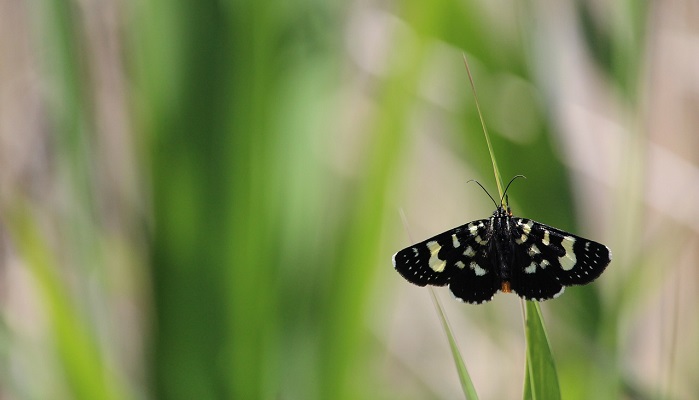 Moths are the second most numerous group of insects on our planet. They are close relatives to butterflies, although their characteristic is that these insects are nocturnal.

Unlike beautifully colored butterflies that fly across sunny meadows, visiting flowers and grass, moths are active during nighttime.

We could even call them night butterflies or dark butterflies. In appearance, they resemble their sunny cousins, only lack coloration of butterflies.

They represent complementary dualities. While butterflies could be seen as a bright side of something, moths represent the dark side.

Although it sounds obscure and people are prone to give it a negative connotation, what is ‘dark’ is not necessarily bad. In fact, it could be a symbol of something mystique and deeply intuitive.

Any creatures of the dark, such as nocturnal animals and insects are, are often seen as mediators between the worlds and those between our conscious and sub conscious mind.

Moths often stand for inner guidance, insight, introspection, intuition and more. Of course, they represent other things as well.

Before we pass onto even more specific symbolism, that of black moths, let us go through all symbolic meanings of moths in general.

Moth is also a common totem animal and in that regard, it could be amazing for an individual. 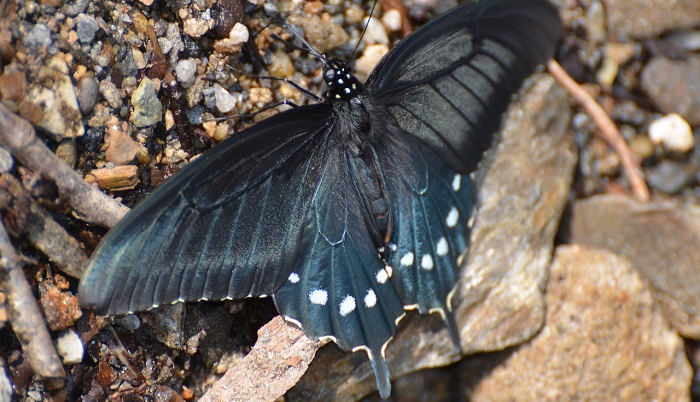 What moths represent? First, moths are nocturnal creatures, as we have mentioned. Nocturnal animals always have specific symbolic meanings and often provoke ambivalent emotions and opinions in humans.

Since we are not nocturnal beings, everything that is related to night activities in survival sense is strange to us.

What is strange is partially amazing and partially scary.

Our own senses ‘do not work’ at night; the nighttime find us vulnerable.

Messengers of the night

This is the reasons why we feel a bit uneasy about nocturnal creatures, such as moths. In addition, they are insects.

Insects have always been fascinating to us, but you have to admit, the vast majority of people do not actually like them.

Insects are organisms so different from us; even if beautiful, they are to ‘alien’. Moths, as nocturnal insects, are particularly interesting.

They symbolize the connection between the world of mysterious forces and our own material world. It is believed such creatures can communicate forces that are beyond our comprehension.

They also represent hidden thoughts, feelings and secrets. Sometimes, people believe they embody the soul of someone who is gone.

Like butterflies, moths could be messengers from the ‘other side’.

Moths are particularly unwelcome guests of people’s homes. They destroy cloth and food, depending on species.

They are a disaster for our crops; larvae of moths could badly affect plants. They are seen as a symbol of destruction and trouble, similarly to locusts, for example.

Of course, we talk about great numbers of moths. However, seeing a single moth could be interpreted as a sign of a threat coming your way.

There is another interesting symbolism found in moths, very similar to that of their colorful relatives. Moths represent fragility and transience.

They are gentle creatures, with very thin and vulnerable wings. They are usually tiny and gentle.

One could kill it by a really soft pressure. They have no shield or strong ‘armor’ as bugs, they are incredibly soft.

This is the reason why moths represent fragility and transience. They are associated with everything that is soft, tender and easily breakable. There is certain innocence in it.

The gentle silky dust that covers their wings is sometimes considered magical; it is something mysterious, strange and beautiful that easily fades away.

You are surely familiar with moths’ inability to resist the flame.

This habit often costs them life. This is why moths symbolize passion hard to resist, even foolishness or fatal attraction.

They represent our inability to control our instincts and to resist to our emotions. Moths represent sacrifice for causes we passionately follow.

They also represent the power of seduction as it is.

Like other members of the family, moths go through different stages of development, so they represent the power of transformation.

They symbolize spiritual journey of a person.

One has to go through different stages of life, in order to grow and develop personally.

Moths, as such transformative organisms represents cycles of nature, inevitability of some things, as well.

Before we ‘add’ some black tint to these tender and mysterious insects, let us see into symbolism of black color.

There has always been much talk on it, since black is the extremity, just as the white is.

In fact, the two are not actual colors, but most of people take them as ones, for it is an easier way to talk about it.

Black color has different meanings, depending on a cultural system, religion, spiritual beliefs, and tradition.

There are meanings that could be found everywhere. Black color represents darkness, death, evil and mystery.

Most of these associations come from our inborn fear of the unknown, of things we cannot see, things hidden and in shadow, things we do not understand.

If you think through it, we see space as black and we have no actual idea what is out there.

Therefore, black color is associated with primal fear of the unknown.

On the other side, black represents seriousness, formalities, elegance, prestigious. There is some magnetic beauty in black color, seen as an aesthetic element.

Black symbolizes grief and sorrow in many societies, so black clothing, banners and flags often are used as a symbol of it.

Black animals are always associated with darkness and mysteries. Black moths are especially interesting, since they are already nocturnal insects.

Black moth could be an interesting spirit or totem animal. It could represent your inner self, your intuition and your guiding spirit.

If black moth is your spirit animal, it is very likely you are blessed with an incredible power of intuition or that you are yet to discover it.

Black moth stands for your ability to see through different situations and people; this totem helps you avoid danger and trouble, by predicting the future.

Although black color and moths as such are commonly associated with darkness, so people tend to see them negative, black moth totem is an extremely positive one.

People guided by this spirit animal develop special connection with spiritual realms; they are not afraid of future and they feel good in the world, thanks to their strong intuition.

Black moth totem wants you to be aware of your qualities and capabilities.

It makes you patient, ready to accept changes and life as it is. It offers you an opportunity to find a way to change things so that they could suit your needs.

Black moth totem is wise and patient; it is the difference between moth symbolism in general and the black one.

There is no impulsiveness in black moth, but there is deep thinking and passion. Black color represents firmness, wisdom, seriousness and determination.

It means that a black moth totem would teach you how to make balance between your heart and your reason, by using your intuition.

Dreams about black moths could have different meanings, depending on a particular scenario.

In general, the most basic interpretation of seeing a black moth in your dream is that your spirit animal wants to reach you.

It could also be a representation of your wandering soul; black moth is a mediator between the worlds. It could simply be a sign of your awakening intuition.

If you dream about trying to catch a black moth, it means you would like to take back something you have said or done. You let your deep feelings come to light and it bothers you.

While you might only feel inexplicably nervous in your waking life, if you had such a dream, think about it.

It could mean you feel over exposed by revealing something about yourself; you are afraid someone could use such information to hurt you.

Killing a black moth usually means you suppress your inner feelings in your waking life. You try to bury them so deep that it reflects in our dreams.

Black moth represents your deeper self, intuition, your impulses; you should not act so. You should try to process such feelings.

Sometimes, your heart knows what to do and you should listen to it. Such a dream is likely to occur in people who overstress themselves and try always to act seriously, rationally and strictly.

If you see a black moth flying free in your dream, it is a good sign. It means you are liberating your inner self.

If you feel a bit stressed or under pressure in your waking life, you should take such a dream as an encouraging sign.

It could mean you are letting go negative feelings, if you see a black insect as an embodiment of such.

If you perceive it as your inner self, it is also good; it means you are not afraid to let it be as it is.