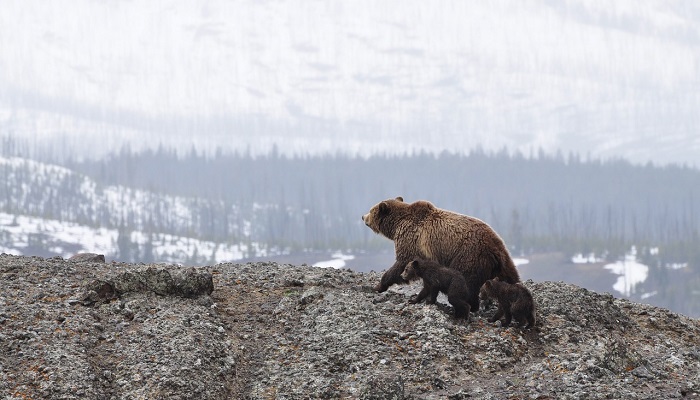 Brown bear is an impressive animal people have great respect for.

Bear is found as a symbol in many cultural systems. It is also found as a spirit or totem animal.

There are various species of bears around the globe.

Today we talk about brown bears and symbolic and dream meanings associated with these amazing mammals.

Brown bear as species, Ursus arctos, is one way to interpret the symbolism, while, on the other hand, we could see it as any bear of brown fur.

This is the reason why we would also mention symbolism of brown color and not only that of a brown bear as specie.

In addition, it is good to note there are several bear species people commonly identify with universal symbolic ‘bear’ meaning. Brown bear is one of those.

Bear is, by far, one of the most fascinating, while at the same time, the most dangerous animals in the world. Since very old times, bear has been associated with strength and stamina.

It is not hard to imagine why people would think so; just look its massive, strong body, covered in thick fur.

A look at an adult bear is enough to make us feel amazed and scared at the same time.

This strong and beautiful animal is a common motif in numerous myths and legends around the world. Let us mention just a few of those. 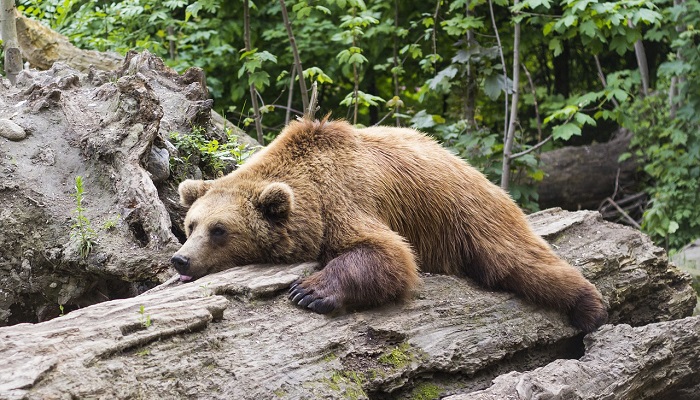 Probably one of the most popular bear related legends is that of the nymph Callisto, one of the followers of Artemis, the goddess of hunt. According to the story, the goddess bore a child to Zeus, Arcas.

Upon learning about this affair, jealous and furious Hera turned her into a bear. As it goes with legendary figures from Greek mythology, she afterwards became a constellation, that of Ursa Major, while Arcas became Ursa Minor.

It is interesting that in other traditions there was a belief about people who could turn themselves into a bear.

For example, in Scandinavian tradition, it was believed that some people are given this special ability and it was usually associated with great hunters.

It was also believed that if a hunter or a warrior wears bearskin, he would have all of this incredible animal’s strength and courage passed onto him. Symbolism of bear strength is common in shamanic traditions.

For many shamanic societies in Europe and America, bear is associated with the ability of awakening strength and power of the unconscious mind.

Native Americans have always greatly respected and admired these animals; they believe bear possess the power of transformation. They take bear as a symbol of wisdom, strength, solitude and bravery.

In Slavic mythology, bear is associated with Veles, the god of forests, fields and meadows.

Slavic peoples take bear as a forest king, the protector of all other animals and everything that is associated with nature, forests, and woodlands in general.

Brown bear is surely one of the most common animals in world’s traditions and belief systems. It is commonly found as a heraldic motif, for example.

It is believed that its power could pass on the one that carries a symbol of a bear.

Such a belief is present even in modern days; bear is commonly used as a logo or a tattoo motif that represents strength power, persistence and stamina.

Brown and grizzly bears are the most common species that would come to one’s mind speaking of bear symbolism.

Let us go through universal meanings associated with brown bears, since we have learned about several cultural interpretations of bear symbolism.

However, there is a negative side to its symbolic meaning; bears are also associated with gluttony and aggression.

Psychologically and also spiritually, brown bear could be an amazing example and a guiding spirit. If we consider natural behavior of brown bear, we could learn much from this great animal.

It gives us an example of great intuition and patience. Brown bear teaches us to recognize the right time to take action. It knows when the time has come to retreat and when to act.

Brown bear symbolizes unconditional love and protection of the loved ones, especially when it comes to mother and child relationship.

A mother bear carries for her little ones with great devotion, gentleness and kindness, until they are strong enough to survive on their own.

Brown bear is a solitary animal; it is a symbolic example of self-confidence, bravery, independence and self-reliance.

Although ‘brown bear’ usually refers to the specie of Ursus arctos, it is good to know about the symbolic meaning of the brown color.

Well, it happens that people dream or see symbol of this particular bear in another color than brown. What brown stands for, then?

Color brown is associated with stability and firmness, with rationality and reliance. Color brown represents elements of earth and wood, all natural, pleasant, and serene.

Color brown connects us with nature and keeps us with both feet on the ground.

It is also a color that associates us of food. It does remind us of waste, as well, but it is about organic waste; it could be thus seen as a symbol of transformation, of natural processes and cycles.

Overall, it is a warm, calm, but raw color. It lacks sophistication, in symbolical sense. It is pure nature.

Brown animals, those that have brown fur symbolize earthly, natural strength, prevalence, stamina and endurance. These animals represent the simplicity if natural life, its transformation cycles and changes.

Brown bear is on very good example. It embodies both ideas of warmth and stability (as seen in the example of a mother bear) and that of raw natural strength and persistence.

Dreaming about a brown bear suggests you should slow down and think about your life, especially about people close to you.

When a brown bear visits you in your dreams, it possibly wants to remind you of your love for your family, but also of the courage you have within yourself, but might have forgotten.

Maybe it is time to retreat to your ‘cave’ and relax. Only with a rest mind you could make wise decisions.

Brown bear in dreams reminds you that you should not waste your energy. Maybe you are facing some difficulties in your life. Not all problems can be solved immediately, which is what we commonly expect. Some things take time.

Bear instinctively knows when the time has come for inactivity; in your dreams, it tells you you should not rush. Save your energy for a new opportunity.

If this incredible animal visits you in your dream, it could represent the strength you possess, but do not believe you have it. Bear represents raw strength, power, courage and self-reliance.

You are stronger than you might think, the bear motif suggests. The meaning, of course, depends on the manner in which the bear occurs in a dream.

For example, if a grown up brown bear chases you or even hurts you, it could mean you feel threatened in your real life. Maybe you suppress the fear of someone or something that you know has more power that you have.

The dream suggests you are very likely to face it soon; there is no way of avoiding it for much longer.

If you dream about a tamed bear, about a friendly relation with a big brown bear, it suggests you found harmony between your instincts and your reason.

You control your impulses perfectly and it is not done forcefully.

It is a good dream. If a bear is caged or trapped, it means the opposite; it means you suppress your instincts and it badly affects your life. You should process it, not suppress it.

Here is a treat for the end; a dream about a teddy bear. If you dream about having a toy bear, it possibly means you deeply inside want to feel like a child again.

You want others take care of you and pamper you at least for a while.

On the other hand, it may suggest you simply feel relaxed, safe and secure in your current life situation.