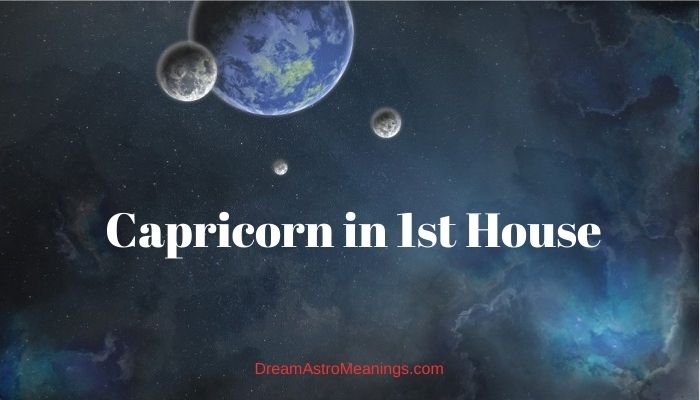 Capricorns can be successful fashion designers and designers, tailors, go in for government insurance and pensions, they can be bricklayers and laborers.

Capricorn’s diligence bears fruit. He is capable of hard work, knowing that success means material security. He believes in himself, is realistic, careful, always finds solutions, even for difficult problems, and knows how to deftly cope with disasters.

Capricorn is neat and methodical in his work, often becomes a slave driver. Suitable for leadership positions, does not linger on subordinates for a long time, tries to give the impression of meekness, but knows how to grab the bull by the horns.

Capricorn climbs the ladder of success, guided by ambition and the desire for reliability, will never voluntarily retreat. Capricorn loves and saves money, fearing to become addicted in old age.

Capricorn Career: Capricorn is career-oriented, often at the expense of privacy. Shows an all-consuming interest in work, has the ability to achieve a respectable position.

Organizational and diplomatic talent. Success to Capricorn comes not because of luck and good fortune, but only as a result of hard work. It usually reaches success after 40 years.

A large percentage of Capricorns live to a ripe old age, occupying good positions in recent years. Capricorn is not content with today.

He has the feeling that a great future awaits him, he wants to accomplish something special, call his own any possession, take care of it, and take on responsibilities in the profession, in politics or in the intellectual field.

Capricorn has great intuition, which he shows in the struggle for his independence and economic security. Capricorns achieve great success in politics.

Capricorn is the master of his own destiny He is very knowledgeable in practical matters, not so much because he studied a course in science, but has gained in books and conversations caution and prudence, which helps him to usefully apply what he has read, heard and memorized. Capricorn steadily goes to the top, regardless of obstacles.

Capricorns usually have a stronger spirit than a body; he eats little, sleeps little. He is closed, it is difficult to converge with people, and he creates problems for himself. Over time, this leads to rheumatism, arthritis, gout, etc.

Often there is hardening of the joints, early deposition of salts, osteochondrosis, impaired salt metabolism, stone diseases, and weakness when walking. He may complain of a bunch of ailments, although he lives for a long time (Capricorns are long-livers).

Shown are walks in the woods, preferably in a pine, work in the country. Young Capricorns are useful for tourism, mountaineering, and speleology. Magnesia and calcium are shown. Of the herbs – cypress. For Capricorn, the best prophylactic remedy for many diseases is a good mood, laughter.

Everything that such a person does is inimitably filled with meaning and purposely for the implementation, to be far and high, but to be very nice and perfect.

Such a person is constantly serious, crazed, restrained and melancholy. For such people, it is their own desire – at the price of personal efforts to rise above those around them and the desire for charitable intentions. Bo all their victories, they all bets are made only on their strengths and their characteristic skills.

For them, there is a typical “peasant tail” – for the curved platforms, they are held until the next, chain.

Such a person can quickly and without unnecessary noise achieve quite a lot, consistently and steadily climbing the steps of the life ladder. 1 house in Kozeroge is a characteristic of a man.

Often these people are known as natural directors and managers, treating everyone as discharges and guides.

This thoughtful person is not inclined to change. He feels that he is able to do a lot if he does something with his main purpose. True, when choosing the goals, these people rarely admit, for their goal must be at the same time sufficiently accurate and very useful, but do not feel like it.

Each of them is endowed with its own characteristics, where the scale includes, as negative, as well as positive manifestations.

At an unaccustomed level of development, this is an eternally unhappy and sad individual, who does not believe in anything and strikes from business to business, without ever having to win.

This is a direct path to the development of apathy, laziness and transition to a depressive state. On this scale, the most negative features of the character are developed, which interfere with the realization of the internal potential.

But not everything is so tragic and sad, because you can pump your quality and move to the second side with a high level of development. Internal work invariably requires constant and sustained effort from this person. He otherwise cannot develop the hardness of the character, and also the ability to wait long and patiently for his hour.

An ambitious and hard-core figure, for whom a great deal of value has the achievement of a result on a material plan. Feels the need to be convinced of certain results of their efforts. Permanent and patient.

Possesses a developed sense of personal dignity, can be too disciplined and very single-minded. To him, everything is related to the usual seriousness. Its actions are cold and restrained. The child is hardly gone easily, but over the years he starts to look all young.

The lake gives a person who is serious and not inclined to waste his time over trifles. He internally feels that he is capable of much if he sets it as his goal, but in choosing a goal he can be capricious. It must be worthwhile and concrete enough, otherwise there will be no satisfaction.

Here self-assessments are strict, and small karmic programs are not taken into account. To organize a large-scale industrial production and become the head of a concern – this pleasantly tickles the vanity of a thin director in a strict gray suit and boots to match his color.

At a low level of elaboration, this is a dull and seemingly eternally hungry subject, who does not believe in anything and wanders from one case to another with no hope of success.

Internal work here necessarily requires long-term efforts, in particular, to develop a strong character and the ability to wait a long time without losing patience, as well as the ability to replace hope with a sense of duty.

Working out gives a person who speaks a lot and without effect, but his words sound like an immutable truth and prophecy, and often it does.

It is necessary to overcome the general mistrust, dry manners and indifference to everyday clothes, which play a much greater role in a person’s life than he thinks. His enemies teach him to look into the depths of the essence and take into account the emotions of people, which he tends to forget.

Gives sharp, convex character traits. Characterized by the desire to take key positions, purposefulness, and desire to achieve the goal. Great firmness, rationalism in character, a gradual change in your personality.

He takes up any business actively. Stable, lasting attitude to all business started. It is characteristic to adhere to established patterns, rigidity in one’s position, systematization, and inner exclusion from the environment.

Perhaps the desire for independence, independence, elevation above others. Usually the bet is on your own strength. The ability to quickly and effortlessly achieve a lot, clings tenaciously to the conquered bridgehead.

Opponents are cunning, secretive, sticky, hitting the most vulnerable spots.

It is necessary to learn flexibility, sensitivity, to work out the general mistrust and dryness of manners, to adequately fit into the surrounding reality.

The study goes along the path of developing a strong character, patience, and a sense of duty.

An ascending sign gives us a lot of information about a person’s appearance and traits of his behavior.

In many ways, an ascending sign has a greater influence than those signs in which the Sun or Moon was at the time of a person’s birth.

Knowledge of the ascending sign gives a lot of preliminary information about the nature of the entire horoscope, about the general character of a person.}

Capricorn is a feminine sign, symbolized by a goat climbing a mountain.

This image carries ideas associated with perseverance and ambition in achieving a very high goal (conquering some height), a selfish character and poorly controlled language. “Capricorn” will have a good appetite, he is talkative, often cannot keep secrets, he is a good critic.

Capricorn is a negative sign, therefore, such a person has some pessimism and a feeling that he is underestimated.

Capricorn is the tenth sign of the zodiac, which indicates the ability to do hard work, the ability to self-sacrifice, and the talent of an organizer and the likelihood of gaining widespread fame over time.