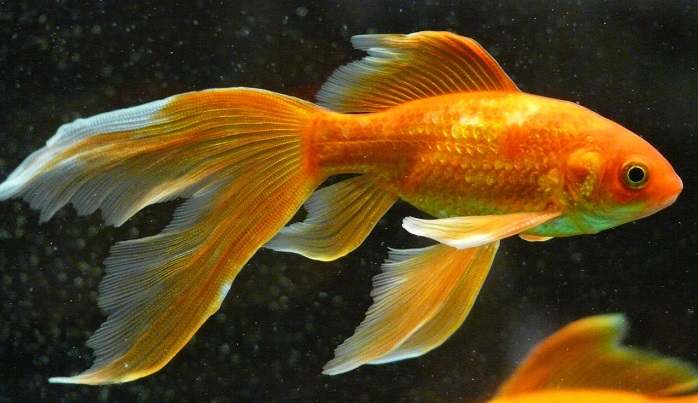 Almost anyone knows the story of the Goldfish or “The fisherman and his wife”. That story is a German fairy tale, collected by the Grimm Brothers.

In short, the story goes like this: the old fisherman lived with his wife in a small dilapidated house. They were poor and living a life in miserable conditions.

The fisherman went fishing everyday to catch their living, and one day he caught a goldfish which started talking to him.

The fish pleaded the fisherman to spare its life and throw it back to the water. The fish said that it was actually an enchanted prince.

The fisherman didn’t want to have anything to do with the talking fish, so he threw the fish back into the water.

When he got home, he told the story to his wife, who was upset because the fisherman didn’t ask the fish any favor for sparing its life. The wife begun pressuring the fisherman to go back and ask the fish to fulfill his wife’s wish and change their poor looking house into a nice cottage.

She managed to convince the fisherman who went back to see the fish and asked it to grant his wife’s wish. The fish agreed and fulfilled the wife’s wish, but from that moment the story begins to become upsetting.

The fish keeps fulfilling the wishes, until the last one. In her last wish, the fisherman’s wife desired the fish to make her the master of the sun and moon and all beings.

That is when the fish does the final magic trick and returns everything back to the way it was before, and then the story ends.

The fisherman and his wife are back in their small dilapidated house, and this is the end of the story.

The story about the fisherman and the fish is a story of greed and human insatiability. It is also a story of Universal justice, where these traits are punished by the Universe by everything being taken away from a person who doesn’t know how to appreciate the things they have. 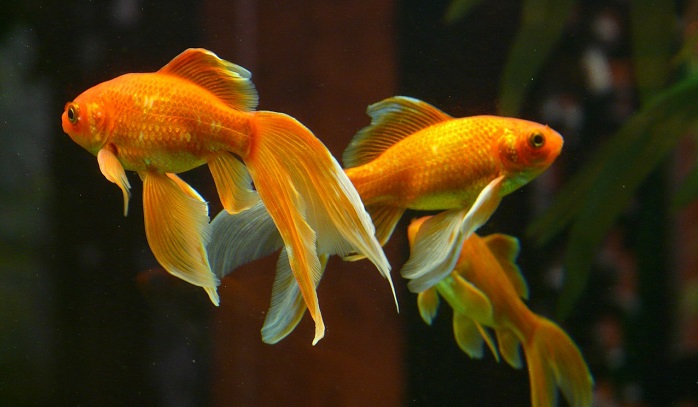 A dream about a goldfish usually isn’t related to this story, although there is a well-known symbolism related to a goldfish granting wishes.

Because of this symbolism, in a dream about a goldfish, in which the participants were happy, the dream could be a sign of good luck and happy events occurring in the near future.

Dreams about goldfish could have many different meanings.

They could mean that the person could have some desires granted soon. They could also indicate that the person having the dream is satisfied and enjoying in some area of their life, or they don’t want to move forward on purpose.

This dream could also indicate making plans and talking about future goals, but actually not doing anything to accomplish them.

If you had this dream, it is possible that you don’t have any serious intentions to do anything about goals and you just keep talking about it. Possibly this dream indicates something that you want to do but you don’t feel comfortable doing it.

A goldfish in a dream because of its symbolism is often related to wish granting.

If you dreamed of a happy and satisfied fish swimming in the water, and the atmosphere of the dream was good, such dream could indicate good things coming to your life, especially success in business and nice things happening to you in the near future.

In some cases, a goldfish could symbolize some futile dreams and hopes which don’t have much chance of becoming reality.

It could indicate efforts that will not end up successful and in general if you have a dream about a goldfish it might be wise to start with putting in actions into achieving your dreams because it’s maybe not the right time to do it now.

Some cultures believe that if a young girl dreams about a goldfish swimming, that is a good sign of a good marriage to a rich person, but if she had a dream about a dead fish that is a bad sign, indicating her disappointment about relationships, marriage or similar issues.

Dreams about goldfish could have different meanings and are usually related to the personality of the dreamer or some of their experiences.

How the fish behaved during the dream is very important for the deciphering of the meaning of the dream, and should be noted.

For example, if the fish was calmly swimming, that is good sign and announces a good and peaceful period ahead.

If the fish was upset and swam furiously through the water, the dream obviously doesn’t have a good meaning and indicates the stress and the difficulties that the person is about the experience.

Dream of Goldfish – Meaning and Symbolism

Dreaming of being a goldfish – If you had a dream of being a goldfish, that usually isn’t a good dream scenario. That Dream could be a warning sign of a possible danger that is threatening you and it’s an indication that you need to think of some ways of protecting yourself.

Consider what potential danger might be lurking around you and take precautionary measures to protect yourself.

You might realize that you have made a bad investment and that you ended up losing money instead of earning it.

It is possible that you will sign some long-term contract for doing business with someone that will enable you to make a lot of money and your business to prosper.

In some cases, this dream indicates pregnancy for women and it’s a good sign for home life, family and children.

It could indicate gaining something, but unfortunately losing it, due to some unfortunate set of events. That usually refers to financial gains and losses.

Dreaming of a dead goldfish – At dead goldfish usually indicates loss of money and financial losses in general. It is a very bad dream and is possibly the worst scenario of a dream about a goldfish.

If someone has dreamt about a dead goldfish, the person should be prepared for some set of unpleasant events that awaits them in the near future.

It often indicates the failure of your endeavors and projects which seemed destined to be a success.

This dream could be a sign of false hopes and something too good to be true.

It could indicate preparing yourself for success of your actions, but some unfortunate events preventing you from succeeding.

It is usually a sign of disappointments and unpredictable obstacles.