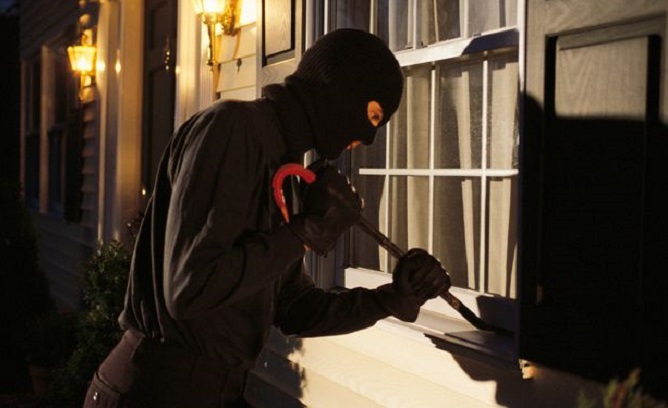 An intruder is a person who finds themselves in a place where their presence is unwanted, or who invades unauthorized some space to commit some illegitimate act.

Symbolically, an intruder represents something whose presence is unwanted or something that shouldn’t be where it is.

In a dream, intruders have similar meanings. They could indicate some aspect of our personality that shouldn’t be there.

Maybe you are trying to get rid of something or someone and the intruder reveals that it is still present.

Dreams of intruders are often a sign of something unwanted and something to be feared from. They also could indicate a lack of security and/or jeopardizing someone’s sense of security.

These dreams could have different meanings and could be provoked by various factors.

Some of the common interpretations of dreams about intruders are:

Someone is invading your personal space

A dream about an intruder could often indicate that someone or something is invading your personal space and privacy and that is symbolically represented by the intruder in your dream.

Possibly some situation or someone’s behavior is causing you to feel exposed and vulnerable.

Encountering an intruder is usually a reason to feel fear and lack of security.

The dream could also symbolize feeling fear or lacking security in someone’s presence.

Sometimes it could actually be a person who is invading your physical space, for example, someone who is living in your house without your will, but you are afraid to react and tell that person to leave.

Having wrong beliefs or attitude

Often a dream about intruders could indicate some wrong beliefs or attitude, which could be an obstacle to your progress and achievement of your desires.

A dream about intruders often reveals your efforts to keep your privacy from someone.

In some cases, dreams about intruders happen to people who are experiencing some unwanted changes in their lives, usually in business or their private life.

Having a nightmare because you are very disturbed in reality

This kind of dream could often be considered a nightmare, and often reveals the disturbed state of mind of the dreamer.

Most likely some major events are happening in the person’s life, which are jeopardizing their stability and causing them to have such dreams.

Feeling guilty because of something you did

These dreams could reveal a sense of guilt the person is feeling for some reason. It is possible that the guilt is haunting them and they experience it as an intruder to their peace and stability.

Feeling threatened by someone or something

In many cases, dreams about intruders reveal the person’s fears and feeling threatened by someone or something.

The person could feel threatened by some person in real life and dream about that same person appearing as an intruder in their house or on some other place.

The fear the person feels transforms the person into a real intruder appearing in their dream.

Sometimes the intruder is something that the person feels threatens them and the subconscious represent that thing as a real intruder which appears in the person’s dream.

Feeling that someone is controlling your life

Sometimes, a dream about intruders reveal that the person feels someone is controlling their life and their actions, and they consider such behavior repressive and restricting their freedom.

They feel that the person who is controlling them is invading their life and preventing them to express their uniqueness and individuality.

Realizing some part of yourself that shouldn’t be present

Often a dream about intruders is a way of our subconscious dealing with the fact that we possess some side of personality that is not good, or we know that we are not supposed to have.

A warning about encountering some danger

In some rare occasions, this dream could be considered a premonition about some bad things happening soon in your life.

Maybe you are about to experience some danger or even be attacked by someone in your reality.

If you didn’t recognize yourself in any of the previous interpretations, it would be wise to be more alert and attentive if you had a dream about an intruder, especially if these dreams keep recurring.

It would be wise not to take some unnecessary risks and try to prevent any unwanted events if possible.

Real encounter with an intruder

People who have experienced a real encounter with an intruder, most likely carry traumatic memories about this experience and that is what is causing this dream.

It could be also a way of their subconscious to try to release the hurtful memories of that event.

Dreaming about Intruders – Meaning and Symbolism

It most likely indicates that, there are issues in some of your close relationship/s you are ignoring or refusing to acknowledge that they are bothering you.

Maybe something in your parents’ behavior towards you is bothering you, or you have some issues with your partner, or some other person who is very close to you.

If the intruder was sleeping in your bed, that dream could also be a sign of infidelity and betrayal you could experience from someone you consider close.

In some cases, a dream about an intruder in your house could be a sign of third party involvement in your relationship with your partner.

You or your partner could get involved in a relationship with someone else behind the partner’s back.

The fact that you dreamed of an intruder in your house, which itself is a shocking experience, such a dream could mean that you might be surprised and shocked by some events or shock someone with your actions.

Home in a dream is a sign of your private life and symbolizes the people who are close to use.

If an intruder scared you inside your own house, the dream is a clear sign that something is wrong with some of your relationships.

It could be a relationship with a family member, your partner, child, sibling, etc.

It is up to you to interpret the dreams in regards to your current life circumstances and the relationships with your loved ones.

The people present in the dream besides the intruder could give you the clue about the interpreting of the dream, and it is a more revealing situation if the intruder was someone you know.

If you know the intruder from the dream, you should ask yourself for the reasons why you dreamed this person as an intruder which scared you so much.

Being frightened by an intruder in a dream is often a sign of difficulties and conflicts with loved ones.

You obviously feel some kind of guilt and need to amend things with these family members.

The fact that you were saving them in your dream reveals your desire to recuperate for something you did or didn’t do in reality.

Our subconscious is trying to help you relieve the sense of guilt by making you dream a dream where you are helping them.

It is possible that you feel that your efforts to help them are not enough or you simply feel guilty for not spending more time with them or being there for them in some difficult times.

The dream is your subconscious trying to make you feel better.

If you realize that you feel like that, the dream should be considered a reminder of your subconscious to try spending more time with your family and appreciate your family ties more.

The dream of an intruder hurting others could be symbolizing some addiction you have and you keep indulging yourself even though you are aware that it is hurting you as well as the people who are close to you.