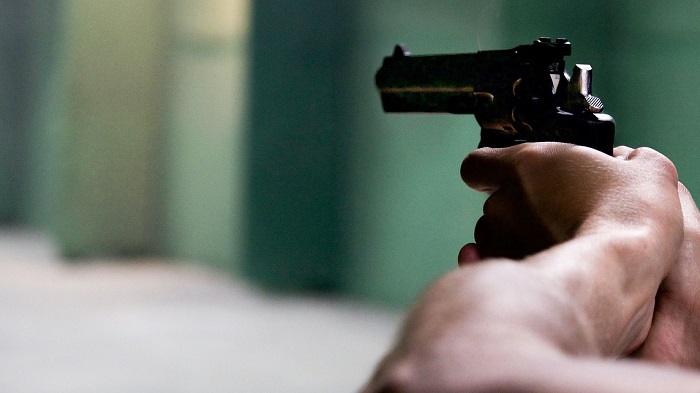 Dreams about killing someone are rare, very disturbing and symbolical.

Such dreams, of course, could occur in real murderers, but that is not what we will talk about.

Dreams about killing a person could reflect deeply suppressed emotions and serious problems a dreamer is having with someone in reality.

Sometimes, a person you kill in a dream is simply a metaphor; something that you wish gone forever takes a form of a living being, because it is easier for your brain to deal with ‘real’ enemies.

Dreams about murderers and killing are interpreted through defining a dreamer’s role in a dream. The most common scenario is the one in which a dreamer is in a third part role, seeing a murder.

The very idea of killing a person is scary and frightening, so that explains why such dreams have to be triggered by some really deep and strong emotions that are not common.

It interesting to note that dreams about killing someone are, in fact, much less negative than you might expect. The idea sounds extremely disturbing.

However, in most of the cases, a dream about killing someone is a metaphorical dream, for the greatest part; the one in which whoever was subject of a murder is a symbol, not an actual person.

On the other hand, such dreams have to be provoked by intense emotions and feelings, usually by fear, the sense of total helplessness and anger.

Dreams about killing a stranger 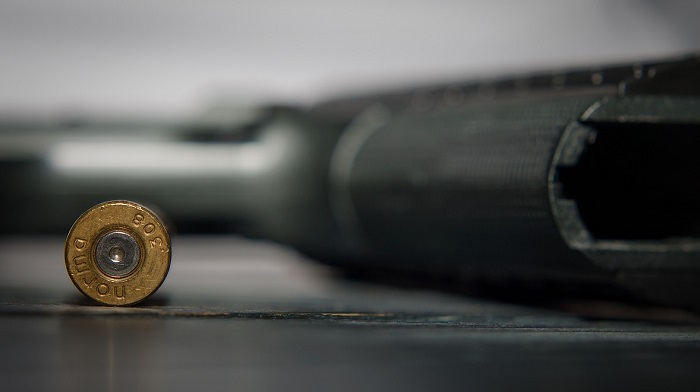 Dreams about killing a stranger are, perhaps, the most common form of these rare and scary dreams.

In these dreams, a stranger is usually a metaphor for something that troubles us and makes us feel frightened and angry in waking life. It usually happens that a dreamer does not see face of a person, because it is not a person, but an entity representing abstract ideas.

It is good to remember how did this person look, what was he or she wearing, were there any additional symbols you recognize or you can associate with situations from your waking life.

Dreams about killing a stranger are an emotional channel, a vent for all the frustration and anger a person feels in reality. We want some situation to go away, we want our problems gone for good, but we do not know how to make it happen.

When we feel helpless in reality, our brain tries to find a way to ease the frustration about it.

If you dream about killing a stranger, it means you are trying to find a way to get some relief from problems in reality. Maybe you cannot express your emotions and concerns, you do not know how to do that or you are not even aware of negativity you have piled up inside.

Dreams about killing a stranger are often associated with a deep and commonly sub-conscious need to change something about yourself.

The stranger represents a part of your own personality you are actually not satisfied with; you would like literally to ‘kill’ that negative side of your character, to modify it or totally to restrict it.

You keep making same mistakes all over again and you would like to stop doing so; that could only be achieved if you change something in your attitude and thinking in general.

That is something that requires a desire and will to change and a lot of personal effort.

Dreams about killing someone you know

Dreams about killing a person you know, but not someone very close or dear to you could mean various things.

For example, if you dream about killing your neighbor or someone from your workplace etc., it means there are certain factors that annoy you in your waking life.

They are more likely irritating than restricting, but you feel deeply and continuously frustrated and drained. You want it over.

This could be a dream about annoying, but common things in your life, which you do not know what to do about, except for getting mad.

It could of course be about people you dislike, but that are not threatening to your social status, workplace etc. there are people that drive you crazy and you cannot avoid their company (usually, this is related to certain necessary social gatherings, including your job, school or similar conditions).

This dream could also mean you want yourself to change, but you do not know how. That said, the meaning is similar to a dream about killing a stranger, only this time you are dissatisfied with something more obvious, usually something others also point out.

Maybe you should work on being more reliable, truer to what you say, more polite or so. You want that irresponsible and childish part of yourself to grow up.

Dreams about killing a friend

If you dream about killing a friend, it could be a very disturbing experience, of course. Why would you ever dream such a thing?

Perhaps there is something about your relationship that has been bothering you for a while, but you still do not want to face it.

Maybe your friend has changed their attitude towards you and now you do not feel so close with them. Maybe you are actually jealous of your friend, even if it is your best.

This dream often means you would like your friend to change and you either directly or indirectly force him or her to do so.

However, you should face the fact people are not made by your desire and they change in their own way, no matter if you like it or not.

Do not force people to change, because it will most likely lead to the end of your friendship.

Dreams about killing a friend could also mean that you have become envious and jealous of your friend’s success or something else about him or her.

Either way, this jealousy and all the negativity of it could reflect in a dream of killing a friend. Do not be scared about this odd scenario, because you know you like your friend.

Imagine how it would be if they were not around and try to be nicer to them.

This dream is a warning sign; the more you are pressing in reality, it is more likely you will really lose a friend. Take this dream as a lesson and do not ruin your friendship.

Dream about killing your lover

Dreams about killing your lover or a partner are often strong reflections of a dreamer’s jealousy. It means you want that person only for yourself and you do not want anyone else having him or her, even if it leads to a disaster.

Of course you do not think about killing them, but you would rather see them alone than with someone else, even if that makes them feel miserable.

This could be an imaginary creation of only a jealous person. It also occurs when a dreamer suspect that his or hers lover or partner is cheating on them.

The madness they feel about it would lead to such a dramatic dream. If something like that has actually happened in reality, the more likely you will dream about killing your lover.

You want them to suffer, because you feel hurt and furious. This is a dream that reflects a strong need for vengeance.

This is a dream that could also reflect incredibly strong love for someone. That is perhaps the most positive interpretation of this dream, so you should carefully examine how you feel about it and connect it with your actual situation.

That said, this dream symbolizes unconditional love; the type of love where you are ready to leave your lover for their own good.

Dreams about killing yourself

Dreams about suicide are perhaps the heaviest ones, but are the most similar in meaning with those about killing a stranger. Dreams about committing suicide or planning to kill yourself are scary.

Such dreams occur in people with severe depression and other psychological problems and only in that sense could reflect an actual desire to take your own life.

In all other scenarios, it is more likely that a dreamer is going through a crisis of change.

This dream suggest you would like to leave your ‘old self’ behind and start anew. You feel as if you should make dramatic changes in your life, in order to move ahead.

It could be anything from quitting your current job and moving to a different part of the world to completely redecorating your personal space, style and so on.

All of these needs actually explain your desire for ‘new you’.

You have literally became tired of yourself; you got bored with your routine, habits, your relations with people, your job or hobbies and you have a strong desire to leave everything of that behind.

You are not satisfied with your life, even if it is not a bad life, but it seems to you that it leads you nowhere.

Of course, if a person suffers in reality, he or she would like negative things just to go away.

Dreams about killing yourself could also reflect your incredibly strong unwillingness to take responsibility in life. You would rather hide, retreat and invent all kinds of ways to avoid it than face it.

Deep inside, you know that it is cowardly and childish to do that. The dream about killing yourself should remind you how stupid is such a decision, because what you have done would haunt you until you gather yourself together and face it as a grown up.

Dreams about participating into a murder

If you dream that you helped someone to kill another person, it means you really lack self-confidence and self-awareness in life. You let others decide in your place and you obey orders without thinking them through.

Other people consider you a weak and lukewarm so they easily manipulate you.

Have you ever thought about it? This dream should make you reconsider whom do you trust and why.

It should also inspire you carefully to think about what do you want, not what others want.

Dreams about participating into a murder could be a warning sign.

You could end up in a really dangerous and dark situation out of your own gullible attitude.

You should be careful about whom do you trust; otherwise, you will end up hurt, damaged and alone, without at least a cause that you have invented yourself. At the end, you could only blame yourself.

Dreams about killing someone accidentally

Dreams about killing someone accidently mean you are too relaxed, irresponsible and easy going in life.

It is good not to be too tight, too strict and obsessed with plans and organization, but you should have at least an idea of organization.

You are reckless and completely unaware of consequences of your decisions and doings.

This dream suggests you should start putting things in order, before you cause greater damage to both yourself and the people around.