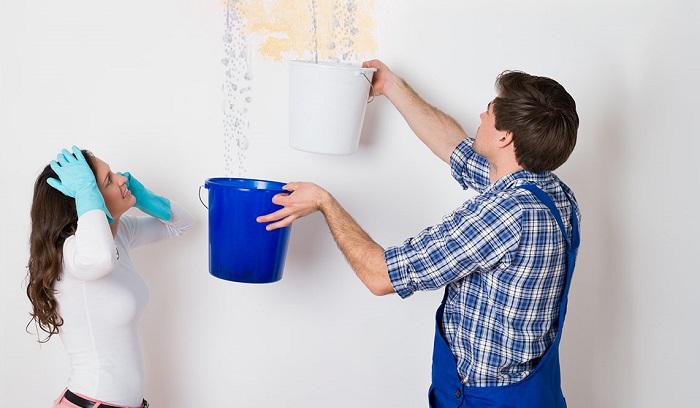 Ceilings in dreams symbolize protection and security or feelings of insecurity and fear.

When the ceiling is undamaged we feel protected from the elements as well from other dangers coming from the outside.

If the ceiling is damaged and cracked, and especially when water is leaking through the ceiling, that dream is often not a good sign, and indicates that you lack feeling of security in your everyday life.

The reasons for your insecurity in real life could be various and it is up to you to determine the cause for such feelings.

Sometimes we tend to have such dreams when we feel threatened by some people or circumstances in our lives, and our subconscious symbolically presents that with the ceiling pouring water or crashing over our heads.

A dream about ceilings could also indicate feeling bad about not being able to accomplish some goal because you feel that it is unattainable for you.

Dreams about ceilings could indicate some limitations you are aware of and feel that they cannot be surpassed.

There are different scenarios about ceilings in dreams. We could, for example dream about ceiling with cracks all over.

That dream could indicate feeling uncomfortable because you doubt your security.

Sometimes it could indicate new opportunities. If the entire ceiling fell down, that dream could be a sign of a total change happening in some area of your life. Such a dream is a sign of inevitable change.

If the ceiling was leaking, the dream usually reveals feelings of uncertainty, fear and anxiety about your future. 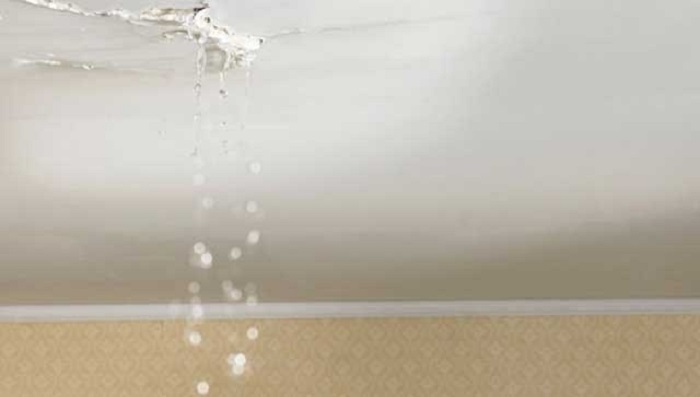 You probably feel that some problems in your life are worsening and you need to confront them as soon as possible.

Probably you have been postponing dealing with something for a long time and now the time has come to finally take control over the situation.

Dreams about water leaks and damage caused by water are just as unpleasant as the real thing, especially if you happen to dream them often.

Water is a powerful dream symbol because it is always related to our emotions of all kinds.

When the water is leaking, that could symbolically represent the loss of power or leaking of our emotions.

If it was impossible to stop the leak in the dream, such a dream could reveal that something in your life cannot be controlled.

If you were only watching the leakage and didn’t do anything to stop the water from running, that dream reveals your passive attitude towards your problems or your uncertainty whether to repair some situation in your life, or leave it and move on with your life.

For dreams about water leaking in a house, it is important to consider where in the house the leak was taking place because every area of our home has a different meaning.

The spaces on the lower floors such as basements reveal issues related to our subconscious and inner being.

These areas indicate where in your life you tend to lose energy or your power, or the areas where you don’t have control. Sometimes a dream about a leakage in a home could indicate a health issue.

If the leakage also caused damage to your house, the dream has even more serious meaning, and indicates that the issues you have are causing serious damage to your life, and possibly jeopardizing your wellbeing.

If your dream was about water leaking from a ceiling, such a dream could have different meanings, depending on the circumstances in the dreamer’s life.

When the ceiling is leaking in our real life, that usually causes problems we cannot easily ignore, and it calls for our immediate attention and reaction. We immediately call the plumber and other repairmen and we solve the problem.

After that, we get a ceiling which looks amazing and it also gives us protection.

Sometimes, this dream could be a sign of spiritual cleansing the person is going through.

It could indicate that some major transformation in the person’s life is going to happen and it will cause changes for the better; a thing that isn’t working, or isn’t good enough for us, should be replaced, or repaired, just like a leaking ceiling.

Dreams about leaking ceiling could have some reasonable explanations and don’t always have a special message for us.

Sometimes we hear some noises coming from outdoors or from our house, which induce a dream about a ceiling leaking.

Maybe the tap isn’t closed well, or there is rain outside and raindrops are falling on the roof or windows.

The person might have also experienced a leaking ceiling in the recent past, and the dream represents a reminiscence of that event.

It is possible that the person is upset and worried because they know that the condition of the ceiling is bad, and they fear that might actually happen, so their fear is transferred in their dream as well.

These dreams could have different meanings. Some interpretations say that the dream could be a sign of family conflicts, or work related issues. They could also indicate someone plotting against the person’s back.

A dream about the ceiling leaking could forewarn problems with close family members. If the water was coming down slowly or in drops, that means that you will be able to resolve these issues relatively easily.

Muddy water coming from the ceiling usually indicates encountering some big obstacles. If the water was clear, that is a good sign and indicates success after overcoming obstacles.

Dreams about water coming down from the ceiling, is often related with problems caused by family members and relatives. You might also have some expenses to resolve these issues.

Below are some of the possible scenarios of leaking ceiling dreams.

Dreaming of ceiling leaking because of damaged roof – If you realized that the ceiling was leaking because the roof was damaged, that dream is a serious warning about the person’s emotional state.

That dream could indicate the person being on the verge of a meltdown and that they need to find a way to release the accumulated stress and negativity.

This dream is an especially good sign if the water was clear.

In such case, you might meet someone that could become your next romantic interest or it indicates the improvement of your relationship.