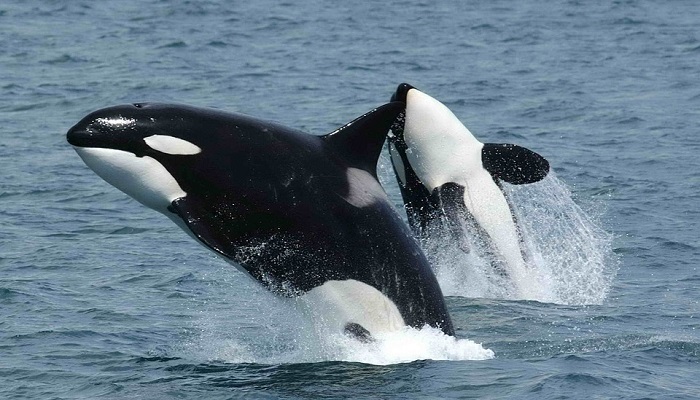 Killer whales or orca whales are the largest members of the dolphin family. They have massive bodies, easily recognizable by their eye catching black and white pattern.

Killer whales are impressive and highly adaptive sea creatures; they live in all oceans, from chilly northern areas to pleasantly warm tropical waters. They are beautiful and agile predators.

Orcas feed on meat; while certain killer whales populations feed mostly on fish, others attack and eat water mammals, including sea lions, seals and even other whales. There are several sub species of killer whales and some of them are even considered separate species.

Killer whales are not amongst endangered animals officially, but some populations are threatened by water pollution, diminishing of their food sources, reduction of their habitat, encounters with ships and other marine vessels and machinery and poaching.

Although they are known as killer whales, orcas are not particularly dangerous for humans. However, there were recorded cases of captive orcas attacking humans in amusement parks.

Orcas are truly fascinating creatures. They might appear pleasant, because they do look similar to dolphins, but killer whales are truly killers. They are skilful hunters and predators. Since they hunt in groups, packs, sometimes people call them sea wolves.

Orcas could also be blood thirsty and violent for no apparent reason; sometimes, they attack seals and other animals without an actual purpose, not for food, but randomly.

Humans and killer whales have strange and ambivalent relationship. These fascinating creatures are held in captivity, in aquariums in amusement parks.

However, critics and animal rights supporters claim captive orcas lead quite sad and stressful life, even if we are incapable of noticing that, in the first place.

Fake social structure, small aquariums and other factors contribute to their frustration and, thus, their aggression.

Well, what would you expect from giant carnivorous sea creatures, no matter how pleasant they appear? Just as in many other cases, humans are to blame, not whales. 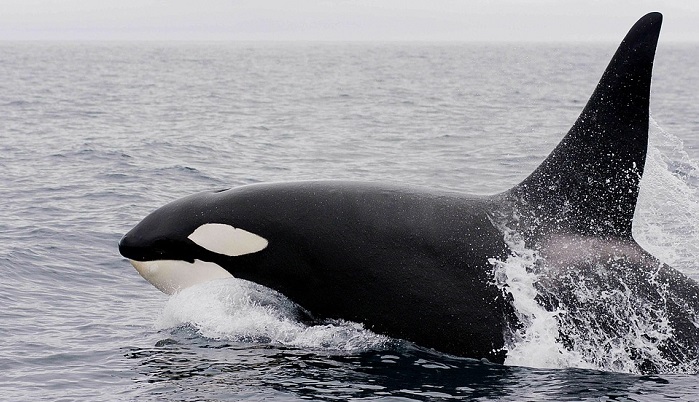 Okay, now you know something more about these amazing black and white ocean masters.

What about dreams about killer whales? If you had seen a killer whale in an amusement park or so, no strange you dreamt about it. Such a sight must make a strong impression and it is likely to reflect in your dreams.

However, if you did not see any orca, not even on screen or in a book, there is possibly something more to it. Let us sail on waves of your dreams.

In general, seeing a killer whale in your dream means you have some really precious people in your life, people who are dear to you and who love you back.

This dream should remind you of those who care about you and people you care for as well. Probably you have neglected their needs for emotional support for a while.

Perhaps you have been busy or whatsoever, but now it is time to reconnect with them. Offer them your shoulder to cry if they have to, share all the joys they are about to share with you.

Friends and close ones are something we should all value.

Dreams about swimming along a killer whale

Dreams about a swimming killer whale are good in the first place. A swimming, healthy, vital and fast killer whale is an impressive creature; in dreams it represents your progress and your strength. It is a very good omen to see it swimming in ocean.

If you dream that it is near you and you swim beside it, this is also a good sign, especially if you feel relaxed and not threatened by this beautiful ocean predator. If you are swimming with it, this means you will be successful.

You are determined, dedicated and focused on your goals, so what you work on will definitely pay off.

This dream reflects your courage, self-esteem and strong will. If you do not feel like that in reality, the dream comes as an encouragement and a reminder of your qualities, skills and courage.

Overall, seeing a killer whale swimming or, even better, swimming along its side, is a positive and fortunate dream.

Dreams about playing with a killer whale

If you dream about playing with a killer whale, it could mean two things. This dream could mean you will make peace with your rival or you will get to know each other better and start respecting and appreciating one another more.

It could even mean that you will become friends with someone you could never imagine.

This could be an incredibly interesting and inspiring experience. Try to think about your attitude towards someone you consider a rival and vice versa.

On the other hand, this dream could suggest the time has come to take some break and simply surrender to pleasure and fun.

Nothing bad is going to happen if you join your friends and have some party time. Your work, organization and everything will await you.

Do not be afraid to relax a little bit; it could only help you boost your energy, reset yourself and recharge.

This dream could also be a simple reminder of how many good and cheery friends you have.

Dreams about chasing a killer whale

If you dream about hunting down a killer whale, it means you are determined in fulfilling your dreams.

A killer whale is an extraordinary animal and thus, it represents something precious to you, something that is not easily reachable, but you would very much like to have it.

Thus, the dream suggests you are a strong, confident and focused person. You believe nothing in life is impossible.

If you feel exactly the opposite, then the dream is a sign of encouragement, something to boost your motivation and help you realize how strong actually you are.

Dreams about a killer whale chasing you

If you dream that a killer whale is chasing and attacking you, beware of people from your social environment.

Make sure you do not open up to suspicious people and trust your inner voices.

There are people who would use any information they could, only to sabotage you.

Rely on your instincts and stay in your guard, at least for a while. Be clever, tactic and focused. Do not let the dream scare you, but use it as a warning sign and a guideline.

Dreams about a pack of killer whales

If you have seen a pack of killer whales swimming in the distance, it means you have successfully avoided a great disaster.

You are lucky to have gone through something without being damaged!

The dream could be a channel and a reflection of such kind of relief, especially if the killer whales were swimming away from you. If they were swimming towards you, the meaning is exactly the opposite.

You feel endangered and threatened by something you feel it would be very difficult to handle.

Dreams about a baby killer whale

Dreaming about a little, cute baby killer whale represents kindness and vulnerability. Even such a strong and deadly animal was a baby once, exposed and fragile to the outer world.

This baby whale in a dream represents yourself. If it is alone, it is a metaphor for your feelings of being afraid, vulnerable and over-exposed.

There is no one to hold your back and you feel so small and soft. You lack protection and feel very insecure.

On the other hand, it could also reflect your curiosity and naivety about the world. If you dream about a baby killer whale with adult whales, it means you feel perfectly safe and secure in your environment.

You feel as if you have a stable and strong support in your closest ones; you know those are people who will stay by your side, even through toughest times.

You are blessed to have such encouraging and supportive people in your life.