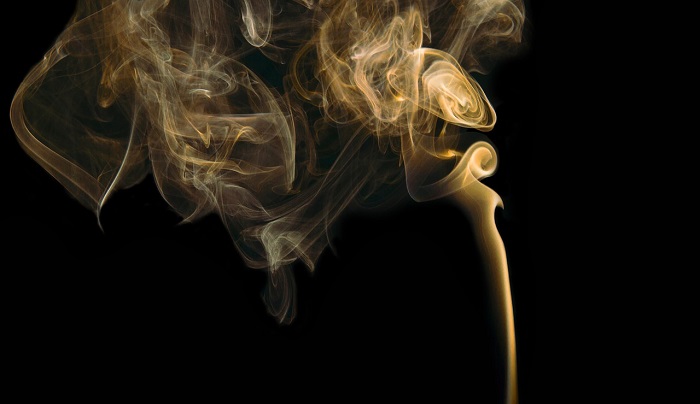 Smell is one of our most delicate senses. It could trigger all sorts of reactions on an emotional level, if we focus on its deeper meaning, not only the physical sensation smells induce.

Some people have the ability to sense smells that are actually not presents.

There is an explanation to it. This phenomenon might seem strange, but it is not that odd; in fact, it happens quite often.

However, there are smells that induce strong sensations, making one question the actual origin of the smell, wondering about why he or she senses exactly this or that type of smell.

In addition, real smells, with obvious sources also trigger all sorts of emotional responses, because we easily connect them with certain situations and people.

How many times it happened you smell something, for example, someone’s perfume or a smell of certain flowers, even food or whatever else, and you have the feeling as if you know that particular smell very well; it reminds you of something, but you cannot recall what.

Your senses instantly remember the smell, before your brain processes it and reveal you of what it reminds you.

Sometimes, you never get to figure it out, but it leaves you melancholic, nostalgic, happy for no obvious reason or sad. It all depends on the smell and the situation it was connected to.

This was about smells that have an obvious source, but still appear mysterious to you, because you cannot associate them with something on a conscious level.

The magic of phantom smells

What about smells that are not actually there? It happens that people can sense smells that have no obvious or logical physical source and it is not as rare phenomenon as it might appear. It has a lot to do with human empathy.

Strong empathy often works on a sub conscious level, awakening all of our senses in a specific way. 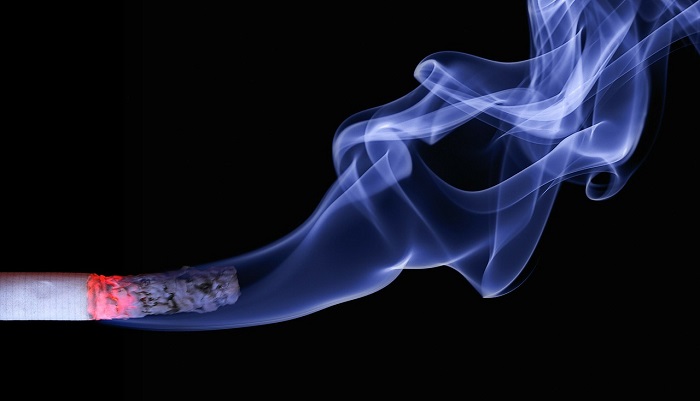 People could often sense smells that are not there, but have some strong significance in individuals’ lives.

The most common case is sensing familiar, usually pleasant smells. For example, a person could very strongly sense the smell of someone’s perfume, if he or she misses the person who was wearing it.

It often happens if we gravely miss someone who passed away, but any other sort of distancing from a person could have the same effect.

It is rarely a negative feeling, but a dear memory. It could, of course, happen someone senses smell of something that fills his or her heart with fear and uneasiness.

Smelling smoke is one of such phenomena, for example, since it is associated with fire, burning, wildfire and all sorts of disasters.

In that case, smelling smoke is kind of posttraumatic effect and it happens.

Some people are naturally gifted to strongly sense smells that are not present. More precisely, they are capable of feeling smells; they can recognize energy through certain smell, be it real or not.

It is a special gift of intuitive smelling and it is not as common as generally sensing phantom smells.

However, it usually happens that people sense smells that they can associate with something or, more likely, with someone.

It all depends on the smell, of course. Although it usually happens that mysterious smells are something that comes from our sub consciousness and our memory, sometimes smells could have another message.

It could be a sign from our guardian angel, for example. In the first case, try to recall where you have sensed the same smell before.

Try to connect it with a person or with a situation.

The mysterious smell might indicate some unprocessed emotions. It could indicate a situation that is unresolved or that you cannot let go of the past.

Mysterious smells could also indicate a spirit presence; you possibly have a spirit attached. It could be a soul of someone passed away who tries to communicate with you.

It is possibly a soul of someone in the process of passing to the ‘other side’. It could happen that this spirit asks for your forgiveness or that it wants to offer some kind of guidance.

If you can connect the smell with a deceased person from your life, try to understand what possibly he or she might want. If there is nothing like it and you are very surprised because of smelling something, it could be something else.

If you keep sensing the same smell repeatedly or for an extended period and if you cannot associate it with something, it may be a sign of some higher force trying to reach you.

The best thing you could do is to search for symbolical meanings of that particular smell or of physical source that would produce such a smell. T could help you figure out the message behind it.

Symbolism and meaning of smelling smoke

We come to the smoke or the phenomenon of smelling smoke while there is actually no obvious physical source of smoke; no one smokes in your surroundings, there is no fire etc.

What smelling smoke could possibly mean?

Smoke, especially cigarette smoke is a common source of smell we can (unfortunately) sense all around. It is a common smell our senses easily memorize and recall.

Having this in mind, smelling smoke could have different meanings.

Well, it could simply mean that you are one of those with special ability to absorb the impressions from the world through the sense of smells.

It is something called intuitive smelling, meaning your experience of the world is greatly influenced by your ability to smell.

People with this ability are capable of actually feeling through smell.

That is the reason they smell things when they are not present; their spiritual self recalls the smell and associates it with certain things.

Smelling smoke without any physical source of it could simply be a sign of this special ability, since this is a common smell.

If you can smell smoke and cannot associate it with certain people or situations, then it might only men you are clear-smelled one.

Message from the Other Side

Smelling cigarette smoke without anyone smoking around is usually a sign from someone who is gone and who you miss.

It could also be someone who was not a dear person to you, but was still a part of your life, one way or another.

It happens, of course, if the person was a smoker or was smelling of smoke for any reason.

It also does not necessarily have to be someone deceased, but also someone who left you, who is gone for any other reason or so.

Try to think about the person. Maybe they were gone before settling some arguments to sleep.

Maybe it is someone you miss so desperately and still cannot process your grief over losing them, even if on a conscious level you feel as if you got over it.

Maybe it is someone who was bad towards you and now tries to redeem; maybe a person seeks for your forgiveness, so he or she announces their presence through the smell of smoke, since it would the smell you might associate with that particular person.

The smell of smoke could be associated with not so nice things, as well. One of the first things that come to one’s mind when mentioning the smoke is devastating fire.

In that sense, smelling smoke might be a special warning that comes from your guardian angel (or a deceased one who wants to protect you).

You know what people say, when there is a smoke, it has to be fire somewhere. Therefore, the smell of smoke might be a warning.

Think about whether you are in danger of any sort. Maybe you just got to reckless and easygoing and you are not paying attention to important stuff.

Get yourself back together, before you make a disaster and let things fall apart, no matter what is in case – you will know it.

The smell of smoke could also symbolize a terrifying memory you still did not process. It could be a spiritual and emotional ‘left over’ of a traumatic event.

The Smoke of Hell

This is probably the scariest scenario in interpreting the presence of mysterious smell of smoke.

Some people associate it with the Smoke of Hell. The meaning is similar to the one above, only stronger.

This is an indicator of a very dangerous situation you might find yourself in.

It could also indicate someone you deeply care for is in such a situation, not you. It is a bad sign; it means you are near hell, symbolically speaking.

Some people interpret this phenomenon as an actual closeness to the gates of hell; according to this opinion, there are places where borders and walls between this world and the realm of devilish work are almost transparent, although we cannot see it that way.

The smell of smoke, fire or something burning indicates you have stepped very close to it and the best thing you could do would be to walk away from it.

Some people even experience sensing not only smoke, but also the smell of burning flesh and similar dreadful smells.

What to do if you smell mysterious smoke?

The answer is simple, yet not as simple in practice. Think about the smell itself, in the first place.

Was it the smell of cigarettes or something burning? Can you associate it with a person?

It could be someone deceased, someone gone or even someone that you have an unresolved situation with, especially if it is about emotions.

If there was a person, think about whether it is you who feel uneasy or is it the person who might have some unfinished business, god or bad, with you. If there is no such thing, think about the symbolical meaning of smoke.

The most important thing is to think about your feelings related to this phenomenon; they matter a lot.

If you feel very uncomfortable, nervous and restless about it, it could be a sign you are in trouble or someone else was. If you feel okay, but a bit puzzled, it could be a message of warning or guidance from a protective and guardian spirit.