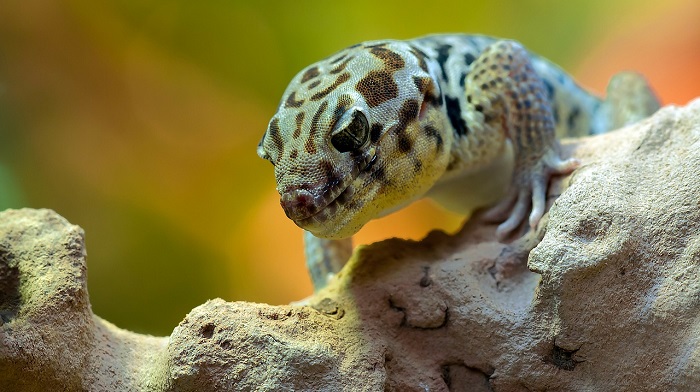 Ever since earliest days of our civilization, reptiles have been interesting to us. These strange living creatures, so different from humans, have always been fascinating to people.

Humankind has ambivalent opinion towards reptiles, in general; it seems we cannot decide if we are impressed by their appearance and specific characteristic or we are frightened or even disgusted. Perhaps, there is a bit of everything.

Throughout ages of our history, reptiles have been present in not only nature and our reality, but also in folklore, tradition, mythology and religion.

Lizard symbolism is particularly abundant and interesting, from east to west, from north to south.

It seems every culture and tradition has at least some superstitions about lizards. In Ancient Greece and Ancient Egypt, lizards were believed to bring good luck and fortune, so these creatures were appreciated and worshiped. In Ancient Egyptian mythology, there was a god with a crocodile’s head, for example.

On the other side, Christians were never in favor of reptiles in general. Reptiles have always been associated with demoniac and evil powers, in Christianity.

However, put all these things aside, we must agree lizards are fascinating creatures. They are agile, very cautious and always on the watch, because they are generally small sized.

Here we talk about gecko, which is a small sized reptile, not about alligators, iguanas and crocodiles. These little reptiles, lizards, have always been associated with speed, alertness, patience and cleverness.

Many lizards have one particularly fascinating characteristic; they can regenerate their bodies, literally. When their tail is cut off, it re-grows! Truly amazing fact about lizards, isn’t it?

The one that makes us appreciate these little creatures more. Certain species, including geckos, regularly shed their old skin and grow a new one. Another fascinating information that makes people be super fascinated by lizards.

Gecko is an amazing example of animal kingdom. Not only it is interesting in biological sense, but also it is also valued as a totem and spirit animal. 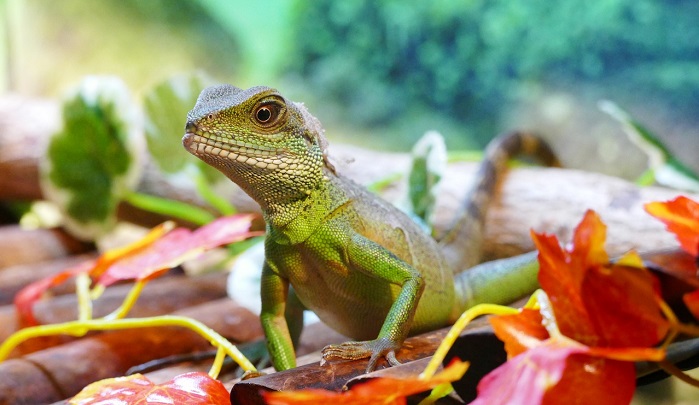 Symbolism of gecko greatly corresponds to that of lizards overall. Some of the most common associations with lizards are speed, agility, adaptability, change, flexibility and cleverness, but also trickery and cunningness.

Geckos are not an exception and they very well fit in general symbolical depictions of lizards.

In addition, geckos are cute little fellows of bright colors (to those who like reptiles, of course).

When a gecko is mentioned, people usually think of a green one. In addition to being traditionally significant to various peoples, gecko motif is commonly found in various modern culture artistic and marketing solutions, as a logo, a mascot or so.

Geckos are true masters of adaptation to various circumstances, just as other lizards. These little colorful lizards have especially designed claws that help them climb everywhere and reach places that are problematic for other animals.

Not only they are agile, but they also can survive harsh terrains and weather conditions. Bodies of these lizards are highly flexible, with resilient, harsh skin.

They are great at camouflaging, so they represent transformation and adaptability. Geckos symbolize self-reliance and the ability to adapt to different circumstances in life.

In addition to being flexible and adaptable, geckos also have the ability of regenerating their body parts. That is why they also represent new beginnings, new opportunities and new life.

A natural process for many lizards and reptiles, including geckos, the change of skin, is something truly fascinating to humans. Therefore, this process carries special symbolic significance.

Geckos represent rebirth and life cycles, the circling of energy. They also symbolize there is always hope for rebuilding our own lives. Geckos symbolize energy and magic of the nature and the life in their purest form.

Geckos are fast and agile. They are small, so they are given these qualities in order to save themselves from bigger predators.

They are also alert and watchful, so they could escape right in time.

Geckos are considered fortunate spirit animals, given that these are some of desirable traits for humans, as well. Tribal art commonly features depictions of geckos as talismans that would improve certain desired skills people already have, but want them to be stronger.

Speed, agility and watchfulness are commonly associated with lizards’ symbolism.

Trickery is also associated with geckos. They are fast and agile, but sometimes they have to trick bigger animals in order to escape. Trickery and cunningness are traits commonly ascribed to small animals, including lizards, geckos, in this case.

There is a biological explanation of their symbolic traits, which are human in nature.

Geckos’ bodies are sensitive to vibrations of ground, so they could easily feel if the predator is somewhere nearby. They could blend in the environment or hide themselves, much before the predator comes really close.

Geckos have to be trick masters in order to escape other animals that want to eat them.

However, this trickery is never considered a negative one; they make cunning tricks not in order to hurt the other animal, but only to escape.

Geckos are clever little fellows that only seek way to survive the cruelty of the natural order of things.

Gecko totem is a good one. This spirit animal offers a lot of help in life, since all the traits symbolically associated with geckos are really useful.

Gecko totem teaches you to appreciate life and to believe in yourself, no matter how hard it seems sometimes. There are always ways of finding a solution, right?

Gecko totem would never let you lose hope. This spirit animal teaches you that your life is your own responsibility and if there is anyone who can change it, it is you.

On the other hand, gecko totem knows there are many things you cannot affect. Just like this little lizard cannot change climate conditions or deny the existence of predator animals, so it adapts and transforms and blends in, you should learn to sometimes go with the flow and other times surrender to circumstances.

That does not mean you should give up on your dreams; however, there are times you have to regain your energy, to regenerate, to relax and be patient.

Gecko spirit will help you go through the toughest times in your life and always be able to find a way out.

This totem animal does not want you to forget your dreams, but it will also never let you hurt other people in order to make them come true.

Gecko totem offers clever guidance; it gives you motivation, strength, courage, but also mindfulness and alertness. You need all of these in order to progress and reach your goals.

Moreover, it teaches you appreciate all effort you have invested.

It is true that gecko people could behave badly, if they let their cunning part prevail. They are known to be manipulative and selfish, sometimes.

Gecko people are not only capable of adapting to circumstances and acting strong, in order to go through hard times and to help others, as well, but they also use this gift to trick others.

Beware of your trickery Gecko; you do not want people around you think you are something that you are not. Even if it fits you, it is a short-term solution.

In general, if you learn to control those easily misleading impulses, your Gecko totem could help you very much.

This is an overall positive spirit animal, the one that teaches you that greatness could arise from small things.

Gecko totem offers precious guidance and this one is particularly good for your career. Gecko totem will help you carefully evaluate every situation and act according to circumstances, for the best outcome.