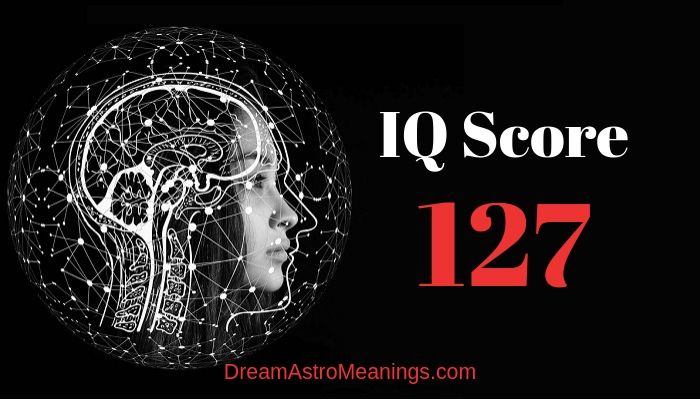 People have always been interested in that special gift we have been given long time ago – human intelligence.

Regardless of your personal point of view on evolution of human beings, along with the evolution of the intelligence, you have certainly wondered about your own, to some point, at least.

Intelligence is what makes us special, as we like to call it. What about defining and then measuring intelligence? Do you think it is possible, honestly?

What do you think about IQ testing? Have you ever checked it out?

No doubt, there are people with brilliant minds out there; perhaps you are one of those with exceptional IQ scores.

The problem is, no IQ test can really tell about all of individual’s capacities and potentials.

We tend to believe there are many types of human intelligence or, at least, our intelligence makes a complex of many different aspects all put together.

Let us talk a bit about how did Intelligence Quotient testing first started. The first IQ test was created with a purpose of better educational organization. Later on, tests were used for other purposes.

The basic idea behind IQ tests is them being the predictor of success in life. Many argue this idea and the opinions have always been divided on this. The truth is that IQ score does not, in fact, guarantee life success, which what most people expect to hear.

Whatever score you get on the IQ test, you have to keep in mind that it does not actually reflect the whole of your personality, which would definitely play a big role as a life success predictor.

The key is to use your capacities the best way possible. Checking out your score could help you get a direction in life, if nothing more. It could be of practical use to know about theoretical possibilities related to IQ ranges.

The very first IQ test that became a model for future tests was Binet-Simon Intelligence Quotient test. This one was develop by French psychologist Alfred Binet in the early twentieth century, for the purpose of proper children education.

At the time, the government of France passed the law according to which all children had to go to school. In order to determine who would need special assistance in education, they needed a test that would make the selection easier.

Alfred Binet developed his test along with his colleague Theodore Simon. Binet’s test was not based on some special educational parameters, but on three important criteria: the level of children’s attention, their memorizing abilities and their problem solving skills.

He soon discovered that these are not dependable on age of the children; some younger ones performed better than the older ones.

This led Binet to propose mental age category, instead that of chronological age.  All other

IQ tests that came afterwards were based on Binet-Simon test. However, Binet himself claimed this test had its flaws.

He strongly believed that many categories and factors should be taken into account upon analyzing intelligence, let alone measuring it. Factors such as cultural and individual background, for example, should definitely be considered.

Soon after, Binet’s test was introduced to the United States of America. There, the test was applied on American participants, in order to be standardized for the USA population.

The process of standardization was undertaken by Stanford University, henceforth the name Stanford-Binet.

From 1916 official acknowledgment of the test, Stanford-Binet became a standard IQ testing in the USA. The results on Stanford-Binet test are expressed by a single number we all know as IQ score.

There were other variations and applications of IQ tests. Let us see into Army Alpha and Beta tests and controversies about them.

As soon as the First World War sadly took place, there was a need for finding a proper and efficient way of selecting great number of army recruits. It has to be done in order to assign individual recruits to tasks and positions they were fitting.

The best way to do so was to test recruits’ IQ. For the purpose, Army alpha and Beta tests were created.

Those were both intelligence tests, but the difference was that the first was a written test and the other came in pictures. It was done so that both English speaking and those non-

English speaking recruits could tested, as well as those who could or could not read at all. The future use of the tests was what made them more problematic.

After the war has ended, Alpha and Beta tests were applied on immigrant population. They allowed for all sorts of discrimination of the immigrants, creating distorted images of foreign population, based on nationality generalizations and stereotypes.

This misuse of tests allowed the government to make excuse for all kinds restrictions and sweeping of the immigrants.

Wechsler’s IQ test or more precisely its revised version is still widely in use. This test was created by the American psychologist David Wechsler in mid twentieth century.

In order to provide reliable results, the scores of the test are compared within the circle of the shared age group.

About the Average IQ Score

The average IQ score on Intelligence Quotient tests counts 100 of units and there are certain ranges that fit each individual’s intelligence capacities, as measured and scored according to IQ test parameters.

The problem is that this average score actually does not reveal much about each individual’s real capacities, at least not all of them. The average score does not tell much about a great deal of inborn skills and talents, for example.

IQ scores are meant to tell about the possibility for life success, they are taken as success predictors and there is a connection between the intelligence score, educational capacities and, thus, success in terms of business etc.

There have always been people with incredible talent for art and music, who performed average on an IQ test.

Other parameters also has to be considered, just as Binet claimed, those of cultural background etc.

The Importance of Emotional Intelligence

One criterion that stands out when talking about the predictors of success is that of Emotional Intelligence, sometimes regarded as EQ.

Some psychologists claim that it is even more important factor than IQ. Emotional Intelligence is, by all means, extremely important.

One could have above the average IQ score, but if he or she literally does not know what to do with that, in terms of processing emotions, social interactions, self-expression et cetera, it cannot guarantee any success.

Let us guide you through all the IQ scale levels, in order to reach that of IQ 127 which is probably what you are interested in the most.

Real life manifestation of IQ scores is not necessarily by the book, if we take into account more criteria. However, there are some basics related to each one of the IQ ranges. Let us start from the lowest IQ score.

There were different scales of classifying IQ scores, so let us go through ‘classical’ ranges.

According to this classification, all scores bellow 70 stands for those mentally underdeveloped, feeble-minded. Scores from 70 to 79 stand for borderline deficiency, while those up to 89 are considered ‘dullness’.

IQ scores between 90 and 109 stand for ‘normal’ or ‘average intelligence’, while those between 110 and 119 are ‘very intelligent’.

This leads us to IQ scores between 120 and 140, where your IQ 127 fits in. These stand for ‘highly intelligent’. All scores above 140, according to classical scale are considered ‘genius’ or ‘near genius’.

However, modern psychometrics and variations on scales offer sub-categories and sub-ranges. Genius score has always been in question, for example. According to some classifications, IQ score of 160 is considered ‘genius’, or that within the range of 145 to 164.

In any case, all these scores do not tell much if you do not know about their performance in reality.

Safe to say that those bellow 80 would most likely require some form of assistance and supervision, depending on the individual level; those on the lowest part would need 24 hour help and support as they usually have physical deformities that accompany the lowest level (below 20).

Those of the average intelligence are capable of learning, they are trainable, they could perform all sorts of tasks that involve decision-making, they could study, work in senior positions and soon.

Those above the average are ready for college studies, high education etc. Score above 130 opens up even more opportunities, corresponding with PhD degree and further on.

Okay, but what does it mean? Can this high score be of some significant importance in real life?

The honest answer is that it all depends on an individual’s case. IQ score between 120 and 129 is, according to well-known independent psychometitor and designer of high intelligence IQ tests, stands for the above average intelligence score. In this range, individuals find easy to learn in college format.

Above average scores call for academic education and those with 127 IQ correspond to Master’s degree, if we observe it from the educational perspective.

However, individual real life manifestation of this high IQ score would greatly depend on personal experience, background, traits and personality as a whole. Some people with this score are achieved scholars and academicals, while others have not pursued such a life path.

Some people with IQ score of 127 or close to it even claim that this ‘position’ is inconvenient.

If there was not enough intellectual stimulation, it is very likely they will feel unsatisfied and easily bored by people with average scores, lower than theirs.

On the other side, those with ‘superior’ scores would easily outshine them. As we have said, it depends on individual performance of the IQ.

IQ scorers of 127 units face the same problem as other; their score does not tell much about their talents and their emotional intelligence, for instance.

If they are people with great ambition, focused and determined by nature, it is very likely they would easily pursue a master’s degree and opt for scientific career.

However, it does not have to be the case at all. Personal aspirations are not tightly associated with the IQ score.

If you got IQ score of 127, that means you definitely have good opportunity to widen up your horizons, get above the average education and come up with some rather brilliant ideas.

IQ 127 scorers are not only capable for learning given info, but also for creating original insights.