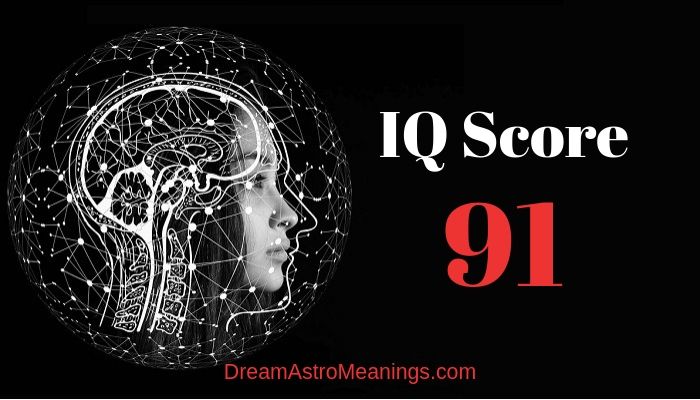 How would you describe human intelligence? Do you know how could it be measured?

You surely know about IQ testing and have an idea of about what it stands for. However, let us examine the idea and theories of human intelligence.

Human intelligence could be described as a complex mental ability that involves different parameters, such as the way of thinking, planning, problem solving and learning.

In common terms, people usually associate the idea of intelligence with academic achievements or academic ‘brain’.

While learning and education definitely have much to do with intelligence as it is, intelligence should be seen from much wider perspective, as a whole.

Abstract thinking, perceptual reasoning, memory capacity, learning from experience are all needed to be taken into account.

All the parameters that constitute and can be associated with the idea of human intelligence are required so that a person could adapt to the environment and circumstances in life. They do not serve solely to academic purpose of education and getting ahead in life in academic//professional sense.

Long story short, intelligence is not only about solving intellectual tasks.

Since ever psychologists and other experts argue about whether the intelligence represents general, universal mental capacity/capability that could be used to classify individuals into groups of certain levels of intelligence or it was indeed a complex of different, mutually independent capabilities and capacities.

Studies have shown that different ‘types’ from the complex, such as spatial perception, numerical reasoning, verbal comprehension, visual abilities, memory and else could be treated and evaluated separately, although they all have something in common.

Modern IQ testing consists of solving a group of different tasks that test and measure specific parameters of general intellectual ability. Results present with the well-known IQ score that places participants into certain IQ ranges and categories of intelligence.

There are specific IQ tests, such as, for instance, those meant to measure and interpret capacities of those who have already presented with brilliantly high IQ sores.

IQ tests are standardized for the population to which the participant belongs, which is a step in making the test itself valid and results comparative. Let us briefly turn back into past and see how IQ tests firs came to place.

The first IQ test was invented in the early twentieth century France, created and developed by the psychologist Alfred Binet and his colleague Theodore Simon.

This test was a children intelligence test, as it was applied on kids so to discover which ones would need the assistance during their school years.

The French government passed the law according to which all children should go to school, so the test was needed in order to make the educational system better organized. Binet’s test focused on working memory, task processing speed and the level of attention.

The test soon proved that the biological age does not play the determinant role, so Binet proposed the category of mental age, which was a revolutionary principle.

However, the tests obviously had flaws, since they were not analyzing enough parameters, as the author himself admitted. The factor of the environment, social and cultural background an else all should be taken into account.

The next step was Stanford University standardization of Binet-Simon’s test, once it was introduced into the United States. The new test was named Stanford-Binet test. The Army Alpha and beta tests are also important to mention.

These were developed for the purposes of selecting recruits during the First World War. One was a written test, the other pictorial. They were meant to test all the recruits and assign them to proper positions.

They could test both English and non-English speaking, readers and non-readers.

The controversies began after the war has ended, but the test continued to be in use by the government, over the immigrant population, serving as an excuse for discrimination and other forms of mistreatment of the immigrants.

The next important step in the development of IQ testing was WAIS test.

This test is still in use; its fourth edition is widespread, while the fifth is in the process of data collecting, soon to be released, in 2020.

This test focuses on several parameters, comparing the results within the same age group of participants. It focuses on perceptual reasoning, verbal comprehension, task processing speed and working memory.

Let us discuss the average IQ score, since it is a base point to understand all other scores.

Moreover, our subject for today is IQ score 91, which falls under the category of average.

Various publishers and authors of IQ tests use different scoring systems, although most of them have meeting points and most of the contemporary IQ test and those still in use agree that 100 should be an average point, with the possibility of 15 units of deviation.

Thus, the average score is 100 and it allows for flexibility and natural distribution fluctuation.

According to statistical reports, 68% of the population falls under the range between 85 and 115, with a one standard deviation.

On the most scales, range between 90 and 109 represent average or normal intelligence.

On classical Lewis Terman’s scale, all below 70 are considered ‘feeble-minded’, while those from 70 to 79 are considered of borderline deficient intelligence.

Average score is what interests us the most here. In the following paragraph we are going to discuss the score 91 and see for what it actually means in real life.

Average score makes one capable of theoretical studies and opens up different opportunities to get ahead in life, in comparison to lower scores.

However, it is not a single determinant factor to decide one’s life path.

IQ 91 score falls under the category of average intelligence, although it is on its lower point.

The real life manifestation of the average score, whatever it might be, would depend on the individual case. Labeling someone as of ‘average’ intelligence is a sensitive thing.

Generalized perspective is hardly applicable when it comes to ‘branding’ someone with an ‘average’ score. Many things should be taken into account. For example, maybe even the results are not truthful.

It could happen that there was a person with a higher inborn intelligence, but anxious, nervous by nature, so that it could affect their performance on the test. If your test results read 91 score, there are only limited generalized interpretations to be made upon it.

An average score of 91 means a person has average problem solving skills and is of average reasoning potential.

However, this does not tell much about one’s full capacities. These tests does not take into account much of the practical and the talents. It could happen one with a score of 91 could be creative, imaginative, artistic individual or someone handy, practically skilled.

Of course, average intellectual capacity does not mean one could be, say, brilliant with perception, technical drawing or else.

On the other hand, this does not mean a person with an average score would necessarily live an average life. There is a huge problem with labeling IQ tests as predictors of life success.

Moreover, many experts now agree that the factor of emotional intelligence plays tremendously big role, even more important than IQ.

Therefore, if you are an emotionally stable personality, your average 91 score could perform brilliantly in life.

IQ score 91 means that your intelligence is the same as it is in the most people of your age group. It is a good thing since it means you have all capabilities and potentials to understand other people and get along with them.

In other terms, an average score means one is perfectly adaptable to normal life functioning. In addition, some experts claim IQ score could be improved and changed.

If an average scorer tries really hard, presuming he or she is of good emotional and social intelligence, perhaps their score might grow.

Many argue whether IQ scores actually matter, since they depend on many other factors.

For example, IQ score 91 could perform brilliantly and even exceed someone with a slightly higher score (say, that of 101), if they have enough motivation, persistence etc.