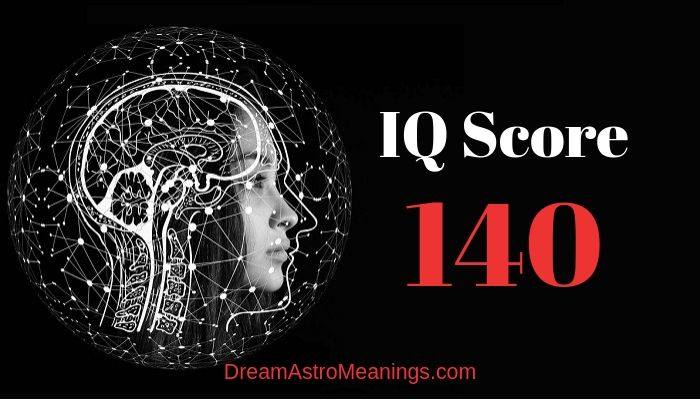 Intelligence is a set of different abilities and cognitive skills that a person possesses. Higher level of these skills ensures the person better chances of success in life and in some cases of very high intelligence levels, creates people with almost supernatural abilities.

The idea of measuring intelligence dates back in time. People noticed that some individuals have a greater capacity than others to perform their daily duties, solve problems, but also express some talents which are above average.

This idea remained just an idea until in the 20th century, when the first intelligence test to test children’s abilities and compare the cognitive skills between various children was created.

The first intelligence test was created by a Frenchman, a psychologist Alfred Binet and his assistant, the medical student Theodore Simon. It was called the Binet – Simon test.

The French Ministry of Education in 1905, asked the psychologist to discover a method that could determine the students unable to learn effectively from regular classes so that these students are given some remedial work.

They had years of experience in observing children in different natural settings. Binet had previously published research on this subject as well as many other psychologists.

After creating the Scale, they tested it on a sample of fifty children in five age groups (ten per group). These children were chosen by their teachers who considered them to possess average skills and abilities.

The scale was created to determine normal functioning, and later was revised twice to be able to compare children’s mental abilities in comparison to their normal peers.

The Scale had thirty tasks which increased in difficulty. Everyone was able to solve the easier ones and the tasks got heavier as they were approaching the end. The simplest questions were for example, whether a child can follow a beam of light, or talk to the examiner.

More difficult where the questions where children were asked to make a difference between pairs of different objects, construct sentences from three given words, or reproducing drawings from memory.

The hardest tasks were the ones where children were for example asked to repeat back 7 digits randomly chosen, etc.

The score of this scale revealed the mental age of the child doing the test. If a 6 year old passed all the tasks that were usually passed by children of that age, he was considered to have a mental age that matched his chronological age.

Binet was aware that the scale was limited and couldn’t be 100% accurate in determining the child’s level of intelligence. He was aware of how diverse intelligence is and that it was needed to be measured in some other ways.

He also stressed the importance of the environmental influence on the development of the person’s intelligence. It was not solely a matter of genetic, but it was a complex combination of variety of components and influences. He also considered that intelligence was not fixed and could be changed.

These tests went through many transformations in different countries during time. They can be adjusted to fit different needs, such as testing of potential job candidates and their abilities to perform the job.

They started their existence as a tool to test children’s intelligence and their abilities to fit into the school teaching program and they developed into a tool for testing human intelligence, both children and adults.

Intelligence is not easily defined because of its complexity. There are many definitions of this human and not only human ability (according to scientists plants and animals also possess it).

Most people consider that intelligence consists of the cognitive abilities of a person, like their reasoning ability, ability to gather information, think critically, learn, solve problems, as well as to be creative. Intelligence is also considered the ability to learn from experiences.

Because of that, intelligence tests usually consist of different cognitive tasks, which can be quantitative, perceptual, verbal, and conceptual. They are still primarily used to determine the level of intelligence of children to be able to compare it to the mental age of average children who are the same age.

These tests can also be used to determine whether a job candidate is suitable for the job they are applying.

The result of a common test helps determine the person’s IQ or their intelligence quotient.

All intelligence tests have scales to determine the result of the test. Because different circumstances during the test could lead to inaccurate results, these scales have tolerance of score which can go up to 20 points.

For example, someone who is upset and lacks concentration won’t be able to do the test correctly.

There are different intelligence tests scales, but they all have similar and approximate results. For example, most agree that IQ score between 90 and 109 are average intelligence scores. Currently, the most used is the Wechsler IQ classification.

According to this scale:

The fortunate circumstance with intelligence is that it can be raised. Bad IQ scores should not discourage anyone because if a person puts in an organized effort they can certainly be improved. Some of the best ways you can do that is through reading and education.

We already said that intelligence is a very complex trait which consists of many traits and abilities. That is why it is so hard to define it precisely and with only one definition.

That is also a reason why there isn’t only one type of intelligence but many different types.

The types of intelligence are:

Multiple intelligences or so-called specific intelligences – these types of intelligences are based on the idea that different people possess inclinations and abilities towards various areas. The idea behind this concept of different intelligence types is that one person cannot be super successful in every area of life and is better in some areas than others.

According to this concept of intelligence exist:

Crystalized intelligence – is a type of intelligence developed during their lifetime. Usually people become more intelligent as they age.

Practical intelligence – represents the person’s abilities to find practical solutions to problems and different circumstances. This type is similar to general intelligence.

Fluid intelligence – is a type which represents the person’s ability to invent new ways of handing things, making changes in their beliefs and way of thinking and being successful in applying new way of thinking.

Creative intelligence – represents the person’s creative side and their ability to create things and be creative in dealing with different matters.

When it comes to the level of IQ of a particular person, we must stress the fact that it is a combination of various circumstances and factors. Genetics is one of the most important factors in the forming of intelligence but is not the only one.

Usually, children have similar IQ level as their parents. Also, environment and living circumstances play a very important role in the level of person’s intelligence.

It is a known fact that poor living conditions, lack of care and nourishment, lack of education, etc. decreases the level of person’s intelligence and prevents the full potential of the person to develop.

Children raised in poverty, neglected by their parents, and lacking proper education are less intelligent than their peers who had better fortune and were raised in financially stable environments with care and proper education.

The encouraging fact is that whenever the circumstances change for the better and the child starts getting enough attention, education, and proper care, the intelligence level begins to rise.

We mentioned earlier that intelligence tests and scores don’t always have to be accurate.

Many factors can contribute to that happening. The common reason for people failing to do their best on the test is their psychical or mental state.

If the person is anxious, disturbed, tired, lacks focus, confused, has a lot of fears about the results of the test, or is experiencing some other issues which prevents them from doing the best they can on the test, it is certain that the results will be inaccurate.

Also, we should mention that the person can have bad results on the test if they have some learning disability (often some of which they are not aware of having) which is why it is important to rule that out if a bad score happens.

These reasons are the cause why IQ tests have tolerance score scales of up to 20 points.

According to the Wechsler scale, the IQ of 140 falls into the category of Very Superior intelligence. This is the highest part of the scale where only around 2% of the human population belongs. These people are very talented and gifted often in various areas.

This IQ score is a guarantee that you will have the potential for doing many different things and achieve substantial success.

However, nothing falls into our laps (at least not often), which is why you should be serious about your blessing and not take it for granted. If you don’t do anything to develop and use it, you can spend your entire life leading an average life wasting your talents.

It is up to you which way you should choose to go, but considering the fact that only around 2% of people on the earth fall into the same category as you, it is your moral duty to put in the effort to use your special abilities and gifts to both make your life better, but also improve the lives of others as well.

With your abilities, you can choose some area where you can use your blessings by helping others, not as fortunate as you, and making their lives better.

Don’t allow yourself to become consumed with vanity and superiority complex. Treat others with respect they reserve. The fact that you are smarter than most people on earth doesn’t give you the right to feel superior to everyone else.