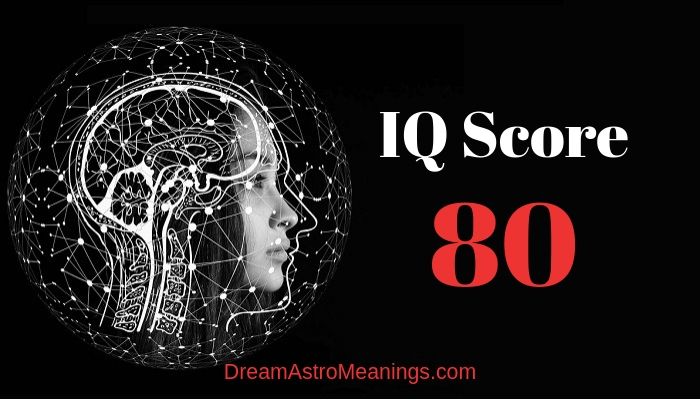 Human intelligence is what has been puzzling us for ages.

We have become much aware of our intellectual capacities and surely we created amazing things in this world exactly thanks to our intelligence (well, we have to admit that we also invented many destructive things thanks to the same intelligence), but could it actually be measured?

We have always been measuring, counting, calculating everything and anything in this world, starting from things that are around us only to discover and measure what was inside us.

We do these things because it makes our life meaningful, measuring and counting gives us some sort of security in an overall uncertain reality.

These are all big subjects and the human intelligence is a great part of it all, if not the cause of it all.

Now, could it be measured and what answers do Intelligence quotient results give? Do they help us organize life better?

Let us learn about Intelligence Quotient testing and focus on one of the lower scores on the scale, IQ 80.

The first IQ test ever to be created was that of the French psychologist Alfred Binet, invented in the early twentieth century for the purpose of children education.

In fact, the test Binet created was meant to help the educational system decide which children would need more assistance during their educational years.

The test was made after the French government decided that all children should attend school and get proper education.

Alfred Binet and his colleague Theodore Simon were authors of the IQ test that will later become the model for all other tests to come. This test was based on three parameters. Binet analyzed and scored children’s ability of processing tasks, the speed of it, their attention and their memorizing potential.

One of the very important observations Binet come to was that the chronological, physical age did not correspond with the test results.

That was how the category of mental age was first introduced. Binet’s test was not perfect and the author himself claimed there could not be a single criteria and parameter that would ‘decide’ on one’s intelligence.

The test did not tell much about permanent intelligence, additional skills and talents and many more.

Nevertheless, it was a good starting point for development of future IQ tests and scales of IQ scores.

This first test was soon brought to the United States and tested on its citizens, in order to be standardized. The process was done by the Stanford University, so the new version became known as Stanford-Binet test.

This test was a standard Intelligence Quotient testing method since 1916. The results of the test were expressed as a single score number, just as it is today.

Faced with the outbreak of the First World War, there was an increased need of testing recruits to the army. The purpose of testing was, of course, to decide which position or an assignment would be appropriate for each of the recruits.

There were many of them and not all of them were English speaking. In fact, many of them did not know how to read, regardless of them knowing English or not. It led to new versions of IQ tests, Army Alpha and beta tests.

These two tests were different in form. The Alpha test was in written form, but the other one came in pictures, so that all recruits could be covered by the tests. The controversies about Alpha and Beta tests broke out after the war, since government continued to apply them on immigrant population.

In that way, tests were largely exploited and they served as a good excuse on discrimination, since they allowed all sorts of generalizations made upon the nationality base.

WAIS test that is one from the WIS (Wechsler Intelligence Scale) family of IQ tests was created by the American psychologist David Wechsler in 1955. The latest revised version of the WAIS test, namely the fourth edition, is still the most widely used intelligence testing method.

WAIS test or Wechsler Adult Intelligence Scale analyzes several parameters that are of great importance in studying human intelligence as it is.

The results of the test are then compared between scorers of the same age group. Beside this test, Wechsler created tests for children.

The latest version of WAIS test, the fifth edition, is currently in the data collecting stage. The process has started in 2016 and is expected to be finished by 2020.

Average IQ score is around 100 on most scales. It does tell about average reasoning skills, average processing speed perhaps, but it does not reveal much about the actual manifesting qualities of a person.

Surely the higher the intelligence the best performing skill would one have, if we speak about the talents. However, it cannot be seen as a sole life success predictor. There have been different scales and ranges of IQ scores and their real life manifestations.

Let us see what IQ scores actually mean once applied in real life. Lewis Terman proposed the following ranges scale back in 1916.

Range, which we will discuss later on, is considered ‘dullness’ and it stands for those between 89 and 89. Finally, 70 to 79 stands for ‘borderline deficiency’.

There are other scales and definition of the ranges, but most of them follow the similar pattern. In some of the most recent ones there are sub-ranges that offer precious additional information.

However, IQ scores solely do not guarantee anything, although they should not be taken for granted. Intelligence does play a role in life, in terms of life success.

Could IQ Score be Inherited?

Scientific research still tries to figure out which genes and to what degree play a role in an individual’s IQ. The findings show that at least half of one’s intelligence is passed down to the person by genes.

However, the other half is greatly affected by the circumstances in which an individual grows up. The socio-cultural background and all factors correlated have long been considered to play a major role in development of someone’s intelligence.

Research shows that intelligence Quotient is not a stable category and that it can develop over time, up to 20 points of the IQ scale scores differential, which is definitely a huge difference.

It took a century of research into human intelligence and genetics to get any conclusions.

One of the proves that intelligence has to do with genetic material is the fact that even children who were separated from their biological parents present with similar intelligence level to them.

Environmental factors would always play a major role in one’s intelligence level, regardless of the inherited part. Intelligence Quotient thus has to be observed as a complex formed of many factors and aspects.

The complexity of human intelligence is exactly what makes it so hard to define it, to put it into IQ scales patterns and label individuals as this or that intelligent solely based on result of conventional tests.

IQ score of 80 is not considered a ‘good’ score, since it falls under the category of below average. One of the contemporary authors of high intelligence tests claims this IQ level is the range that is greatly associated with violent behavior.

On Lewis Terman Scale from 1916, IQ scores between 80 and 89 are considered ‘dullness’.

Individuals who get an IQ score within the range of 80 to 89, according to one of the more detailed modern psychometrics scale,  are ‘below average’ intelligent. IQ 80 falls under this category, being on the very bottom of the range, just above ‘borderline retarded’.

It is interesting to notice that the range ‘below average’ is the range related to great number of violent criminal behavior expressed by males.

This notion, however, does not of course mean that all individuals who are within the range must be violent. The lower scores of IQ are generally associated with lack of controlling impulsive behavior.

Those within this range are perfectly capable of functioning independently, but they have problem with making choices.

Those who have IQ score of 80, within the range of ‘below average’ are employable, but only as long their assignment does not involve deciding choices. They could function great on positions that have explicitly clear demands of them, such as, for example working in food service or such.

The IQ score of 80 should simply be labeled a ‘bad’ score, although it definitely could not be considered a ‘good’ one.

The thing is that this low score would definitely affect many aspects of an individual’s life.

Let us remind ourselves of the average score and it is not quite a defining meaning, in terms of one’s individual additional skills. If we take an example of IQ score of 80, it is obvious why we must think of it as profoundly different from the average.

An individual with IQ 80 would probably have less chance of becoming a good artist, since he or she lacks ‘normal’ reasoning.

They would lack color theory perception, matters of perspective etc. etc. In this regard, an IQ of 80 could be considered an unfortunate life success predictor, if we see it this way.

However, it is also very likely that a person with such a score would never develop aspirations towards greater success.

There are people who deny the meaning of IQ scores entirely, claiming that an IQ scorer with the result of 80 could be as equally successful as someone with a higher score would be if he puts in it enough effort.

However, this claim seems rather unlikely, since the one with the lower score has no intellectual capacity for such a thing, no matter of how controversial or even unfair it could sound.

The question of capacities of a lower than average IQ score has always been a subject of debates and controversial opinions.

Perhaps they could not be brilliant in educational area, but people with IQ score of 80 could be kind, nice towards people around and have a big heart.