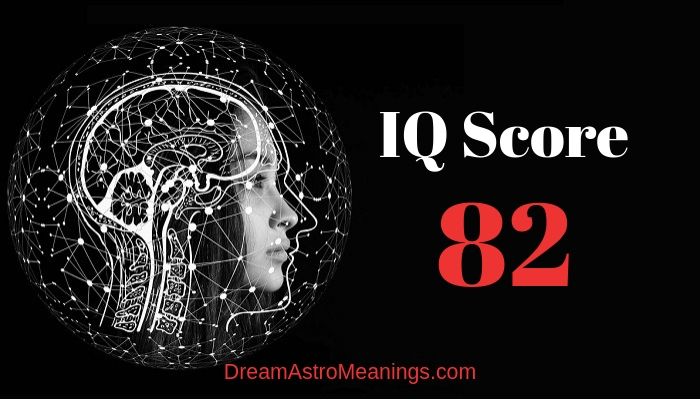 Research showed that children who were separated from their biological parents upon their birth, those who have never been in touch and under influence of their birth parents, present with very similar level of intelligence.

This discovery proves intelligence is, indeed, passed down from parents to children through genes.

A lot more of research is needed to identify the exact genes and eventually use the knowledge in order to predict potentials of a kid and direct it towards proper development.

The development is greatly affected by different factors; the environment, socio-cultural background, experience and all else play major roles in Intelligence Quotient, as scientists found out.

Hardly so. Intelligence Quotient testing is, indeed, meant to serve as a predictor of life success.

However, it does not guarantee that the higher the score, the more certain success is. It does tell about certain aspects of individual potentials, which, no doubt could be of great use.

Let us see into the development of IQ testing itself.

The Origins of IQ Testing

IQ tests first started as a mean to help in children education in France. In the early twentieth century, the French government passed the law according to which all children should get proper education.

The tests were needed in a selective process of determining which ones would possibly require additional teaching assistance.

What Binet observed, scored and analyzed was children’s memorizing abilities, their solution processing speed and the level of keeping attention.

He discovered that the factor of chronological age does not play the determinant role; some younger kids were more successful in resolving problems than older children. That is how the category of mental age was introduced.

What Binet claimed was, however, that the tests were incomplete in terms of precisely measuring human intelligence. It has many holes, such as not taking into account the factor of the environment, conditions of growing up et cetera.

Binet himself claimed that the intelligence could not be expressed solely upon parameters mentioned. Nevertheless, this was a start and a model to the tests that came after.

Binet-Simon test was soon standardized for the American citizens, by Stanford University professors. This revised version became known as Stanford-Binet test and it became official in the United States in 1916.

However, the outbreak of the First World war required adjustments to tests, as the tests were needed in order to speed up and make more precise the army  recruitment process.

For this purpose, Army Alpha and Beta test were created. These tests were meant to help in the recruitment process and show potential of certain recruits for certain army assignments.

Alpha and Beta tests came in different forms; the written and pictorial form. They were aimed towards both English and non-English speakers and those who knew how to read and those who did not.

While it did serve the recruitment process, Army test continued to be (mis)used after the end of the war, which became a great problem. The controversial thing is that the tests were used by the government over the immigrant population.

Such type of testing allowed for all sorts of generalizations and creating stereotypes about certain nationalities. It was used as an excuse for sweepings and great discrimination.

The next important step in IQ testing development came with the American psychologist David Wechsler, at the half of the twentieth century.

The latest version of the Wais test, the fourth edition of the test is the most widely used IQ test. The future edition, WAIS V is in the process of collecting data.

The process was launched in 2016 and supposed to end in 2020, with the latest edition of the test.

Wechsler test is based upon several parameters, of which the most important are working memory, perceptual reasoning, verbal comprehension and processing speed. The results are compared within the same age group.

Wechsler test is useful in the area of human resources, in the first place, often applied by big companies.

About The Average Score

The average score on most scales is around 100 points. In order to understand what other scores mean, let us examine the average score. Well, the truth is, it does not exactly reveal much.

It does show that an individual possesses average reasoning, average processing speed, he or she is capable of study from written materials, perfectly capable of making choices and decisions, taking care of themselves and of others etc.

However, an average score does not actually tell about the person’s future success, just as higher scores do not guarantee it. An ‘average’ person could be a gifted musician, but rather a performer, not a composer, for instance.

Nevertheless, it does not mean he or she is not going to be very successful.

Those who deny the value of IQ tests as a whole are certainly in wrong; intelligence level does play an important role in how your life is going to be, but it does not guarantee anything in particular.

However, ranges of IQ scales do mean something when applied to real life environment.

According to old classification scale of Lewis Terman, all IQ scores below 70 stand for ‘feeble-minded’, scores between 70 and 80 are ‘borderline deficiency’, while 80 to 90 for the are ‘dull’.

Each score presents with certain determined characteristics, but no scale covers it all. For example, in recent time, it has been proposed that the EQ factor (emotional intelligence) might play even more important role than IQ, if we talk about measuring intelligence as a predictor of life success.

Well, it is hard to imagine that ‘emotionally unintelligent’ person would fit well and express his or her brilliant ideas, even if they have very high score. It could be a major obstacle for actual expression of the high IQ.

There are other classifications, but they do all match at some points, at least. IQ 80 score falls under the category of ‘dullness’ on Terman’s scale and ‘dull normal’ on Wechsler’s.

On Paul Coojimans, contemporary psychologists who specifically deals with high intelligence testing, IQ 82 falls under the category of ‘below average’.

From these descriptive ‘titles’ we could assume that IQ 82 shows certain limitations, but it is closer to average.

The latter mentioned analyst noticed that the range between 80 and 89, below average is exactly the one that is mostly associated with violent behavior, especially amongst the male population.

This is, of course, not the rule and it does not define all make scorers within the range potentially violent. It could be entirely the opposite, but statistics do present with such results.

They are employable, capable of training and learning, but they would do best in the environment that does not involve making decisions out of more than one-choice options.

They would perform their best if everything was clear and if they know what is exactly wanted from them- Jobs such as that of an assembler would be perfectly fit for a scorer of IQ 82.

Of course, there are options of training and learning, even improving certain skills. If we remember the example of an average scorer talented musician, let us try to apply the idea to score of 82.

He or she could have a talent for art for creating things by their own hands and else. However, it is unlikely they would be brilliant with colors, perspective reasoning, in depth understanding of musical composition and such.

That does not mean they are not going to succeed in the area, but it shows limitations.

In addition, person with an IQ score of 82 could be kind and caring towards others.

Dullness does make one reckless, for example, so it could indeed happen they unintentionally do a ‘bad’ thing.

The factor of emotional intelligence plays a major role in how ones basic intelligence quotient is going to manifest in reality.

Environmental factors, personality profile and many more, play thing in the real life functioning aspect of each IQ score.