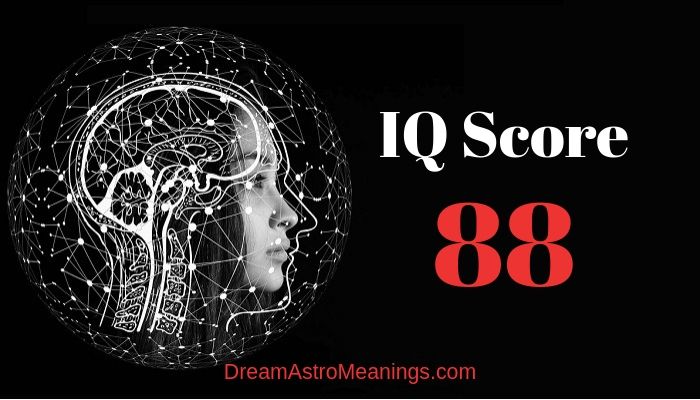 The ability of a person to gain knowledge as well to generate different information is called intelligence.

It is also the individual’s capacity to solve various problems; having a critical approach towards things and facts, and not accepting everything as truth; reasoning; the person’s creativity; ability of understanding, etc.

That is especially important because these tests can demonstrate whether a child’s mental age is at the level of the average mental age of children of that age.

Psychologists also use these tests during the recruitment process to assess the ability of their candidates to perform certain tasks or jobs.

IQ score are generally used to demonstrate the level of an individual’s intelligence. IQ tests have precise scales to determine these scores.

These scores sometimes don’t reflect the true level of the person’s intelligence, due to some factors present when the person is doing the test which prevent the person to put in maximum effort.

It is important to note that intelligence is changeable and can be changed with education and other activities, and therefore bad IQ scores should not discourage anyone.

There are numerous types of intelligence according to different psychologists and scientists.

They all agree about the existence of a general intelligence factor, representing the person’s ability of gaining knowledge, think abstract or critically, adapt to situations, reason, learn from experience, etc.

There are also specific intelligences, which represent the different abilities of skills in various areas.

Also important is the emotional intelligence of a person, representing their ability to understand other people and their desires, motivations, intentions, and emotions.

According to some psychologists, there are also fluid and crystalized intelligence. Fluid intelligence is the capacity of the person to acquire knowledge and find new ways of doing things and solving problems.

Some scientists also consider the existence of creative and practical intelligence. Creative intelligence represents the creative skills of the person. It is the ability of the person to visualize the outcome of a creative endeavor before it becomes a reality.

Because the level of intelligence has a tendency of increasing, these tests are made for different age groups.

They go through a standardization process, which is done by different age groups doing the tests to determine an average IQ score for each age group.

This process should be regularly done because it is noted that intelligence increases with every new generation, mostly because of the availability of information.

Genetics has a significant role in the level of an IQ score. It is noted that the parents have similar IQ as their children. Important factors in forming the person’s intelligence are their life conditions and education, as well as their upbringing.

It is known that children, who are growing in poverty and are neglected and poorly educated, usually have lover intelligence than children who grow up in different conditions and are well taken care of and have a proper education.

IQ scores are usually precise, but in some cases, the test results don’t show the real picture. The reasons why the person can score badly on an IQ tests can be numerous.

For example, the person could be distracted by stress, fear of the outcome of the test, some emotional disturbances the person is going through, tiredness, anxiousness, and other psychical conditions.

It is also important to rule out potential learning disabilities, like dyslexia, etc. because they can sometimes be the culprit for a bad IQ score.

Bad scores can be very disappointing, but due to these different circumstances that cannot be influenced or avoided, IQ tests have a tolerance score of up to 10 or 20 points.

If you or your child has an IQ score of 88, you shouldn’t be very upset because you should be aware that you can raise the level of your intelligence up to 20 points; it takes effort and some activities, but it can certainly be done.

It is a proven fact that the level of intelligence can be raised with some activities and education.

IQ tests are mostly focused on testing the person’s spatial and visual skills, their logic and reasoning, their general knowledge and knowledge of science, math, but also of other areas.

Here are some of activities you can do to help raise the IQ score:

Tutoring – Hiring a tutor to help gain knowledge and improve your skills or your child skills is a great way to help increase intelligence. A tutor will also help your child in overcoming the difficulties while learning the things they were taught at school.

Exercising – Exercises are highly beneficial for the overall health, and they especially help the brain in forming new neurons and synapses and increase its capacity.

Eating turmeric – Eating turmeric roots is beneficial for the health, but especially brain’s health because it contains curcumin, a substance which lowers risk of mental retardation.

Vitamin D – Consuming vitamin D regularly is beneficial for the brain’s health. Vitamin D helps in the restoring of neurons in the brain, as well as increasing the person’s memory.

Sleeping – No one should underestimate the importance of sleep for the overall health, especially the brain and its functions. Sleeping restores our organism.

Deep breathing – It might seem strange, but deep breathing is essential for the inflow of air in the brain which helps improve its efficiency and overall performance of the brain.

Playing musical instruments – Playing music is known to increase the brains’ activity and performance and improves the memory.

Fish oil – Fish oil is great for the brain’s health because of the fatty acids from the Omega group which it contains. These acids are important for the development of brain cells.

A person who has an IQ of 88 is likely to perform well some simple menial jobs that are usually repetitive in nature. By doing them repeatedly, the person gets better at them.

People with IQ score of 88 are capable to live an independent life, and usually experience some issues with certain life’s activities.

Because intelligence can be raised, they should not be discouraged, but take on action to increase their intelligence level.