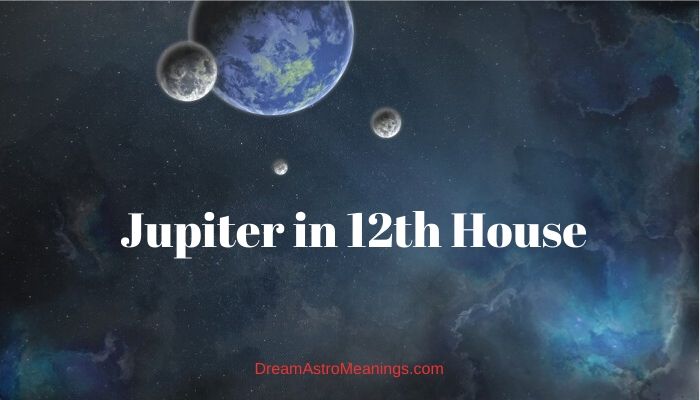 Astrology never seizes to amaze astrologers with its power and accuracy.

Most people are unaware how much use they could have by using this ancient study of the stars in their everyday life; not to control them but to help them gain more insight in different situations and help them make the right decisions as well as prevent them from making some major mistakes in their lives.

People know their Zodiac signs and this is usually a fun way to begin a conversation with someone. Sun signs can be very insightful, but real astrology analysis can give so much more.

Most humans are naturally drawn to talks about the future, especially their future, and have tried to find ways to predict the future since ancient times.

Astrology represents a centuries and millennia old effort of humans to discover their future by analyzing the planets and their placements at a certain moment of time.

Knowledgeable astrologers can give answers to many questions, not just about people but also about events, outcomes of situations, relationships, etc. They analyze the placements of the planets in a natal chart, which is a circle divided in 12 parts (houses) created using the data related to a specific moment and place.

The astrologer analyses the chart rulers, rulers of houses, planets inside the houses and their meanings in signs, the aspects between planets, and in some complex analysis they make some more calculations.

Nowadays, creation of a natal chart takes seconds due to the variety of computer programs that exist. Astrology calculations which are made by hand require a lot of skills, knowledge, and time and up till recently only skilled astrologers could do them.

Today, everyone can have their natal chart by only inserting their data inside a computer program.

The analysis of the natal chart and accurate results still require knowledge and experience of a skilled astrologer.

The astrologer can give precise information about someone’s personality, beliefs, appearance, interests, focus of attention and action, etc. The analysis can also give predictions about possible events the person might experience in their lifetime.

Houses of the natal chart rule different matters and various areas of our lives. When planets are placed inside, this gives additional emphasis to these areas and indicates that the person’s attention will likely be on these areas.

The planets influence these areas with their meanings and energy. Those houses without planets are analyzed through their ruler and the sign on the beginning on the house.

Houses of the natal chart are equally important in synastry. The astrologer analyzes the meanings of planets from one chart placed inside another chart, to determine how the relationship is likely to impact the couple and in which areas of life.

Jupiter is an enormous planet; in fact, it is the biggest one in the Solar system. It is mainly composed of hydrogen. Jupiter doesn’t have a solid ground. Its name comes from the ancient Roman god which ruled the sky. Jupiter was the king of gods.

Since ancient times Jupiter was considered a very lucky planet. It brings abundance and fortune into a person’s life. Jupiter is responsible for all the opportunities the person has for succeeding in their goals and fulfilling their desires.

This is the most beneficial planet with a supporting effect on our lives, especially if it’s well-placed in the natal chart.

Jupiter is responsible for the wealth and abundance one can gain in their life. It blesses our actions and plans with good fortune, making them become reality.

People with well-placed Jupiter can become lazy and stop putting in effort because they begin to rely only on their good luck.

This is often enough and that makes other people envious of them. They seem to get the things they desire without doing almost anything while others have to struggle and often fail in their efforts.

People under the influence of Jupiter are usually financially secured. They always have opportunities to increase their wealth and that is something that they often take for granted.

They love money and the pleasures it can bring them, and they are often prone to overspending and buying things they don’t need.

If Jupiter is afflicted in their natal chart this can be a problem because they could jeopardize their financial security. They begin spending more than they earn, and regardless of how much they earn they seem to spend it all.

Jupiter is a beneficial planet, and even when afflicted cannot bring disastrous consequences in a person’s life; the negative effect of Jupiter is often visible in the area of finances where it can jeopardize the financial safety of a person.

Even if that is the case, the person often manages to get out of the financial difficulties through the help of their influential friends or strange set of lucky circumstances.

One of the major issues these people could experience is becoming lazy and prone to procrastinating. Because opportunities knock on their doors they somehow become convinced that another one will enter, so they begin missing them and taking them for granted.

The sign Jupiter rules is Sagittarius and is exalted in Cancer. When afflicted it can cause the person to overspend and make bad financial decisions which jeopardize them financially. When it is well-placed, it usually makes the person financially secured for life.

People with many planets inside the 12th house often possess some psychic gifts and highly developed intuition. This house is ruled by Neptune and corresponds to the sign of Pisces.

By analyzing the 12th house and the planets placed inside, an astrologer can discover the person’s subconscious thoughts and hidden emotions.

Someone with a lot of planets inside the 12th house could be prone to phobias and fears, often without any explainable reasons; in many cases, they stem from their past life or childhood traumas, which the person could not be aware of.

Also, people who have many planets placed inside the 12th house often choose some professions where they remain hidden from the public and they work undercover. They are often members of secret organizations or work in such organizations.

This house rules secret affairs and hidden enemies, dangers coming out of nowhere as well as unforeseen problems. Like the 8th house, the 12th house is also the house of transformation and transformational experiences.

It shows our subconscious needs and issues that people are usually not aware of, despite the fact that they are somehow blocking their lives.

This house is the house of karma and can reveal some karmic issues the person carries from their past lives. This house reveals the past life issues that are responsible for the events and situations the person is experiencing in this life.

The planets in 12th house can be an indication of spending a part of life in some kind of isolation. If the planets are malefic, this could indicate a person prone to secret affairs, criminal behavior, addictions, nervous disorders, psychic illnesses, etc. All these issues could cause their isolation in an institution or prison.

The person with many planets inside the 12th house might possess a secretive nature or be prone to isolating themselves from others.

Because the twelfth house rules very distant, exotic places, planets inside this house can be an indication of the person traveling there or even spending a part of their lives living in such destinations.

Jupiter in twelfth house people are usually very generous and enjoy sharing their blessings with others.

Jupiter is considered he planet of wealth and abundance, as well as accumulation, and these people can gain wealth through all activities and areas ruled by the 12th house.

People with their Jupiter in 12th house might become obsessed with accumulating wealth and money, but they often don’t want people to know how much they truly have.

In public they might appear very modest and average, but in reality they might have a lot of wealth accumulated through real estate and savings which other people don’t know about.

In some cases, they might be prone to keeping their finances a secret even from their closest family members, spouses, children, etc.

When Jupiter is in the 12th house, the person can be very spiritual and can even teach their knowledge of spirituality to others.

These people could be prone to retreating and isolating themselves in search for spiritual enlightenment and gaining spiritual insight. They could also be inspired to go to distant places in a quest to expand their spirituality further.

People influenced by Jupiter have adventurous natures and love traveling. Their travels help them expand their knowledge of different cultures and meet new people.

The 12th house is the house of distant travel, and when Jupiter is placed inside this house it usually makes the person eager to travel to far-away places and exotic destinations to fulfill their desire for new experiences.

When Jupiter is afflicted, especially in bad aspects with Neptune, Uranus, or Pluto, the person could be a very successful criminal, making money from illegal activities. They can possess dangerous personalities and can end up in jail for their activities.

Jupiter aspects with Pluto often make people very rich and if this aspect is in 12th house the wealth will come from some activity related to these planets and the 12th house.

When someone’s Jupiter is in another person’s twelfth house, this can sometimes be an indication of a secret romance and extramarital affair the two people are having.

With Jupiter in another person’s 12th house, there will be a strong connection between them on a spiritual level, which will act as a point of attraction bringing these two together.

They share similar interests and viewpoints regarding religion, spirituality, techniques for developing spirituality, etc. They might be drawn to practice these techniques together while expanding their awareness.

The 12th house person might perceive the Jupiter person as some kind of teacher or spiritual guru trying to learn all their knowledge and apply it in their own life.

The Jupiter person could help the 12th house person in developing their psychic gifts and intuition by supporting them on this journey and providing them with the necessary tools, in a form of practical advice, books, personal experience, etc.

The Jupiter person can help the 12th house person become aware of some subconscious issues coming from a past hurtful experience or some of their past lives and confront it.

They might help them find the subconscious blocks within them that are blocking their ways to progress and abundance, keeping them in poverty mentality and preventing them from reaching their true potential.

They might help them release their deep-seated fears related to their financial security and open the path to a life of abundance and prosperity and steady financial income.

If Jupiter is afflicted the Jupiter person might have a destructive influence on the 12th house person trying to take advantage of their hidden fears and phobias.

Jupiter in 12th house is usually a sign of someone who is helpful and loves sharing whatever they have with other people. This person usually has some hidden incomes or ways for earning money.

They often don’t like to share their financial situation with others, and no one, often not even their closest family members and close friends don’t know how much money they truly have or don’t have.Their public appearance doesn’t say much about their wealth.

If Jupiter is afflicted in their natal chart, these people could be prone to criminal and earning money through illegal activities.

Jupiter in 12th house in synastry is often a sign of spiritual connection between two people.

The Jupiter person might help the 12th house person to discover and confront some deep-seated fears that are a block to their progress and prosperity.