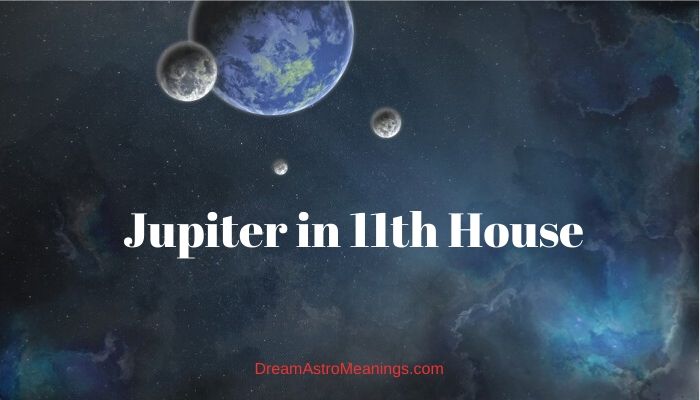 People often underestimate the importance and usefulness of astrology. It is usually used as a means to start a conversation about Zodiac signs, which is usually the most people know about astrology.

Even Zodiac signs can give a lot of insight about someone’s personality, but astrology can give so much more than that.

In our modern society, astrology and its knowledge is easily available to all those who are interested in discovering its secrets.

Also, astrological programs shorten the period of astrological calculations and creating birth charts from hours to seconds. The analysis of the astrological data still requires a lot of knowledge and experience to get accurate results.

Astrology is very useful because it can give us information about people’s personal traits, interests, beliefs, life events, relationship potential, outcomes of situations and answers to many other questions. Astrology has many different techniques for analysis.

The chart itself represents the image of the sky at that chosen moment.

The planets’ positions in that moment are placed within a wheel which consists of 12 houses. All houses have a particular meaning and areas of rulership.

The houses can be angular, succedent, cadent; cardinal, fixed or mutable; personal or interpersonal, etc.

Different astrologers use different house systems when they are calculating their natal charts; they choose the ones that suit best their knowledge and experience.

The most important houses for astrology analysis are those which have planets inside. The planets inside the house additionally influence the meaning of the house and add their energy to the areas ruled by that house.

These houses rule the areas where most likely the action and interest will be focused.

By analyzing the planets in houses, the astrologer can discover personal traits and predict future events the person might encounter.

Synastry is used as a technique in astrology to analyze relationships and their potential.

Jupiter is the biggest planet, mainly composed of hydrogen; it lacks firm ground. The name comes from the Roman god ruler of the sky. Jupiter was a much respected god in the ancient Roman pantheon and the Romans considered it the king of the gods.

The planet Jupiter has been considered lucky since ancient times. Nowadays, it still has that significance. Jupiter is considered the planet of good fortune and blessings into our lives.

People with well-placed Jupiter are usually fortunate, especially regarding their finances. They have many opportunities to succeed in life and usually don’t struggle financially.

These people usually don’t need to put in much effort to earn money as opportunities seem to knock on their door. This can often make them lazy and prone to procrastination.

They can also be spendthrifts if Jupiter has some challenging aspects as well. They can often rely on their good fortune to get the things they desire, missing to put in the necessary efforts.

The easiness with which these people often get things in some cases makes them take people and things for granted, and cause them to be lazy and ungrateful.

This planet rules Sagittarius and its exaltation falls in Cancer. Even when Jupiter is afflicted, it usually doesn’t bring disasters into people’s lives. In some cases, of course, Jupiter can bring financial issues and legal issues concerning finances and Jupiter related issues.

People with afflicted Jupiter could be prone to spending money beyond their means which can jeopardize their financial security and in the worst cases be the cause their bankruptcy.

When Jupiter is well-placed, this is usually a sign of wealthy people who are provided for life.

Eleventh house rules social interactions, groups, networks, friends and friendships, as well as the person’s income from their profession.

By analyzing the 11th house and the planets inside the astrologer can discover a lot about the person’s friends as well as acquaintances and colleagues.

Uranus is the ruler of the 11th house and the sign it corresponds to is Aquarius. This house shows the person’s role in their circle of friends and acquaintances and how they are perceived and accepted by their social circle.

The 11th house reveals the person’s interests and activities which are usually their motivation to join a group or a network. The 11th house rules professional associations, clubs, organizations, social groups and networks, etc.

The eleventh house is also the house that reveals our hopes and desires and can reveal whether the person will be able to accomplish them.

People with Jupiter in 11th house are usually very sociable and well-connected. These people often have a great number of acquaintances and friends; their friends are often people who are financially well-off and occupy high positions in society.

Status and wealth are not the factors which motivate these people to make friends with someone. They naturally love people and love variety. They connect with different types of people and enjoy interacting with them.

They love meeting new people, especially strangers. They often travel to different countries to meet new people or join social networks where they can interact with strangers.

They have an adventurous spirit and love meeting people who have similar interests to theirs. One of their most important interests is traveling.

They often travel to distant places with their friends, and their travels are often motivated by spiritual reasons. They are fun to be around because they are always optimistic and spread positive energy around them making people happy.

People with Jupiter in 11th house might create their own network or group which can be very successful and have a lot of members or followers. These people are usually lucky and their desires easily come true.

People with Jupiter in eleventh house usually have great friends who are always prepared to help them achieve their goals and desires.

They enjoy spending time in their presence because of their natural humor and optimism. They have enough energy to inspire people follow their dreams and goals, and they often do that through groups and organizations they are in charge of.

These people have big goals and desires and they usually achieve them without much effort. Their goals are often achieved through membership in some group or association. These people are generous and selflessly help others, which is why others are always willing to help them back.

These people value their friendships very much and they represent one of the most important things in their life.

Their social life is very important to them, and they enjoy immensely the time spent with their friends. They usually enjoy being a member of groups which have activities which interest them.

Because of their humanitarian and generous nature, people with Jupiter in 11th house are often members of humanitarian organizations where they use their knowledge and energy to help people.

Because the 11th house is the house of the person’s salary, with Jupiter in 11th house and well-placed, the person could expect a big salary which keeps increasing.

These people are well-paid wherever they work; this is what often makes them reckless with their spending and that can cause money issues when Jupiter is afflicted.

Jupiter in eleventh house is usually a sign of major success in life. Whatever the person decides to do it is usually blessed with good fortune and ends up being successful.

These people are lucky and they know it. They are also protected by powerful people who are their friends and acquaintances.

The most important trait of these people is that they are unbothered by their success and wealth and they treat all people as equal, both rich and poor; this is why they are loved and admired by everyone.

These people find opportunities through groups of people. People with Jupiter in eleventh house often choose a career in social networking and social institutions.

They are charismatic and confidence and often leaders in their group. They have a gift of inspiring people to become members of their groups and put their effort into achievement of the group’s goals.

When someone’s Jupiter is in another person’s 11th house this is often an indication that they connected through a group or some mutual interest they share.

This is often a sign that the two met through some group activity, or through mutual friends. It is likely that the two of them have mutual friends they often travel with. They could also belong to a travel group and they go on group travels as members of this group.

Jupiter in eleventh house in synastry can also be an indication of a mutual membership in some group which occupies with subjects such as religion, spirituality, philosophy, and similar subjects.

This is usually an indication that their friends also share similar interests which only makes their connection stronger because it is very important for both parties that their partners get along well with their friends.

The Jupiter person often introduces the 11th house person with influential and wealthy people that could provide them with some opportunities to make their dreams become reality.

If the relationship between these two people is a romantic one, these two are very good friend and lovers at the same time.

Jupiter in eleventh house in synastry is a great placement for communication and deep conversations between the partners where they both expand their horizons and develop their spirituality.

Especially the 11th house person is inspired by the Jupiter person to begin working on changing their ideas on the world around them and our own existence.

These two people have a lot of things in common. They share the same interests and are often very generous and true humanitarians.

Often their meeting happens through some mutual involvement in a humanitarian cause. They might become members of such group after becoming a couple.

The Jupiter person will encourage the 11th house person to step out of their comfort zone and begin making friends with people from different background and culture from theirs.

Jupiter in 11th house is usually an indication of a person who is very sociable with a wide circle of friends and acquaintances. They easily make friends because of their lovely and optimistic nature.

People with Jupiter in eleventh house have friends from variety of cultures and backgrounds. They consider everyone as equal, even though they might come from a respected and wealthy background.

People with Jupiter in 11th house usually have friends in high places and financially well-off who are always ready to jump in and give them a hand when they need it.

They are generous and help everyone and that is why people respect them and want to be in their company. They are often members of group which occupy with travel, matters of religion, philosophy, spirituality, etc.

When Jupiter is in someone’s 11th house this is usually an indication of great friendship between the two people and a lot of similar interests. They often meet through friends or a group they are both members of.