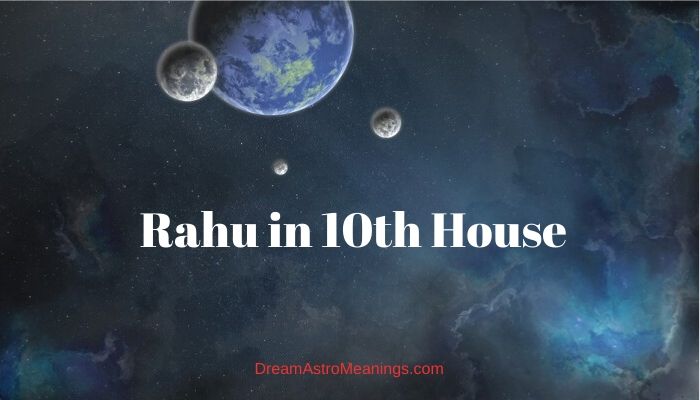 Vedic astrology has its origin in ancient India. It analyses the influence of the planets on human lives and the world around us.

Hindu astrology has similarities to Western astrology, but it has a lot of differences as well which makes it unique. To practice astrology it takes a lot of experience and knowledge.

The astrologer needs to analyze the positions of the planets in the birth chart and determine their influence on a certain individual or situation.

Nowadays the creating of a birth chart is a matter of seconds, but in earlier times this required a lot of calculations, time and knowledge.

Astrology usually analyses individual charts, but it can also be used for analyzing relationship potential and outcomes of different situations.

The planets and their signs, placement in houses of the chart, and the aspects they are making give sufficient information to the astrologer to make such an analysis.

The natal (birth) chart in Hindu astrology has 12 houses, like in Western astrology. The planets are placed inside these houses and the most significant are the ones which contain planets inside because they reveal where the action and focus of attention is. The planets’ energy influences the house and the areas it rules.

In Vedic astrology, the houses are also divided in trinities (Dharma, Artha, Kama and Moksha).

The trinity of Dharma consists of the houses 1, 5 and 9 and rules the person’s need to find purpose in life.

The trinity of Artha consists of the houses 2, 6 and 10 and rules the desire to provide enough resources and abilities to be able to fulfill this purpose we have in life.

The trinity of Kama consists of the houses 3, 7 and 11 and rules our relationships and desire and need for joy and pleasure.

The trinity of Moksha consists of the houses 4, 8 and 12 and rules the person’s need to find liberation from the world.

Rahu is not a real object but an imaginary point. In Hinduism, Rahu is often represented as a dragon or snake which swallows the Sun. Alongside with Ketu, Rahu represents the point where the Moon’s and Sun’s path intersect. When the Sun and the Moon are on one of these points, eclipses of the Sun and Moon happen.

In Vedic astrology, Rahu is considered a planet. While Rahu is the north lunar node, Ketu is the south lunar node.

Sometimes, Rahu is responsible for people’s fame and recognition, especially in the field of politics, and government institutions. It also gives authority to people. Rahu is the ruler of desires and goals, and their fulfillment.

The sign where it is placed in the natal chart reveals what could possibly be these desires and goals.

For example, someone with Rahu in Gemini might be focused on finding ways to fulfill their needs for communication and being around people, finding out new things and being informed.

Someone with Rahu in Sagittarius might be focused on fulfilling their desires for travel and adventures, as well as expanding their spirituality.

Because Rahu rules manipulation, its position in the natal chart, especially its sign might reveal how the person tries to manipulate others and what actions they might use while doing so.

For example, someone with Rahu in Cancer might use emotional manipulation and even emotional blackmail to make others do what they want. They might pretend that they are weak and incapable to make others feel sorry for them and fulfill their desires.

The tenth house is also called Karma in Vedic astrology. This house rules the person’s profession and work, their reputation and prestige in society, and similar matters.

If there are planets inside this house they add their influence to these areas of the person’s life. The planet ruler of the tenth house is Saturn and it corresponds with the sign Capricorn.

The 10th house rules our bones, knees, kneecaps, and joints. If the 10 house is full of malefic or afflicted planets, or the ruler of the tenth house is afflicted and weak, this might cause issues with these body parts, such as joint inflammation, broken bones, skin issues and general body weakness.

In Vedic astrology, the tenth house is the house of the person’s work and profession. It is considered the house of career and likely choices of career.

This house also reveals whether the career would be a successful one or not. It will point out to the possible obstacles the person might face in their job or career, and whether they will be able to surpass them or not.

The tenth is also the house that is likely to reveal the level of success of the person when it comes to their job and career, that is, whether they are likely to be the boss or the employee.

The 10th house will reveal whether the person is an authority in their work or they are of service to others, following instructions from their boss.

The tenth house also reveals connections with people of authority, bosses and other authorities; this house shows the person’s potential and highest achievements in life. It can show whether the person is ambitious and aspires to reach great heights or is satisfied with being average.

The 10th house rules social status, success, power, financial status, achievements, prestige, position in society, recognition and respect. It is also the house of popularity and fame. It shows the person’s professional goals and endeavors.

It is considered the most significant angular house. It falls into the category of financial houses, and rules the person’s financial goals and status. The 10th house shows whether the person will enjoy financial security and power.

This house shows the person’s attitude towards their work and profession; from the state of the house and planets placed inside the astrologer can make a conclusion whether the person is ambitious and hard worker aiming to achieve their goals, or they are lazy, unambitious and have a tendency to procrastinate.

Possibly the best house where Rahu can be placed is the tenth house. Rahu helps those in power and gives people authority, especially politicians and government officials.

Rahu also rules materialism and materialistic tendencies and desires, and those are also areas related to the 10th house.

Because of the similarities of rulership between the tenth house and Rahu, Rahu in 10th house is in a very good position.

Rahu in tenth house can give the person world fame, great wealth, strong will, and contacts with well-respected and influential people. These people often become very successful, wealthy, famous, and respected for their achievements.

The position of Rahu in 10th house will likely help the person achieve great career success, especially if their area of work is somehow related to the masses of people. They might be very successful seller or somehow influencing a lot of people.

This position will bring the person in a place of authority, especially if there are other beneficial planets supporting this placement. Sometimes the person’s work won’t just benefit them, but the entire society.

They usually have strong confidence and belief in their abilities to achieve success, which will most certainly lead them to the achievements they desire in life. It is very likely that they will have the support and help of people in high positions and authority figures throughout their life. They will ensure their success in all of their activities.

The position of Rahu in 10th house is likely to bring the person to high position in society, awards and honor. It is likely that they will experience significant changes for the better in after the age of 48.

The influence of Rahu should be determined after analyzing the position of Saturn, which is the natural ruler of the 10th house.

If Saturn is well-placed in the natal chart, the person will enjoy the benefits of Rahu in tenth house. If the situation is opposite, Rahu in tenth won’t be as beneficial.

When Rahu is supported by a strong and well-placed Saturn, this might be an indication of a long and respectful life, full of privileges and good fortune. The negative influence of Rahu might bring obstacles and problems into the person’s life, especially regarding their career, finances, and social status.

This might be the cause of falling from power and experiencing unexpected loss of support from their benefactors.

Negative Rahu could also indicate enemies and health issues related to the body parts ruled by the 10th house. It might also be a sign of the bad health of their father or mother.

This position of Rahu might give the person strong desire to have a lot of possessions, reach high status in society and be respected and admired by the masses. This person might be someone who is seeking attention and wants to be in a position of authority and leadership at all cost.

If they put in enough effort and will, they will succeed in their intentions. They often get what they desire, which is fame and popularity, as well as high status in society.

In some cases, these people might reach their goals by using Rahu means, such as manipulation and deception.

They might reach leadership roles but use them to satisfy their needs and build their ego, rather than being sincerely concerned for the wellbeing of others and helping them.

The placement of Rahu in tenth house is possibly the best place where Rahu can be.

This shady planet whose main areas of rulership are manipulation, deceptions, addictions, and secrets, but also materialism and materialistic desires, authority, fame, and politics, feels good in the tenth house, because they share some of the areas of rulership.

When Rahu is there, it gives the person a lot of support from people in authority position and helps them gain authority as well.

When Rahu is well-placed and other planets support this placement, the person will benefit from its influence throughout their life.

Rahu will give the person wealth, fame, popularity, authority, high status, financial stability, and other benefits.

If Rahu is afflicted or doesn’t have support from other planets, this might be the cause of career problems, loss of power, status, and position, and many other issues related to the 10th house.

These people might reach high status and position of authority but only be concerned for their own wellbeing and ignoring the wellbeing of others.