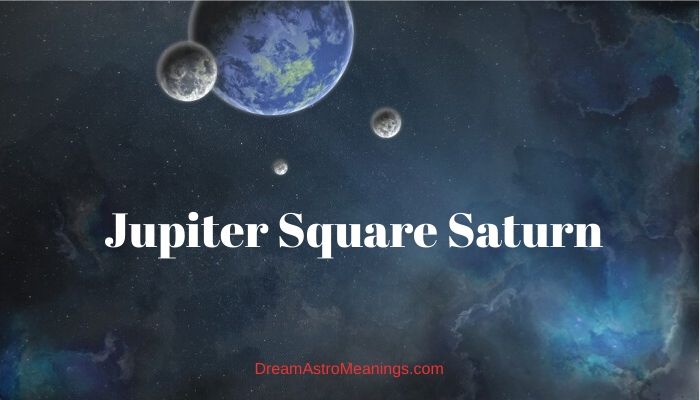 Even though some planets cannot be seen with a naked eye, they influence our life in different ways and people have known that fact since ancient times. They studied the influence of the stars and planets on people and world in general.

The knowledge they gained was gathered in a discipline which was named astrology – a study of planetary influence.

Astrology analyses the planet’s positions for specific moments in time, like someone’s birth, or some important event. The planets are placed in a natal chart, which is a chart made for that exact moment.

The positions of planets in signs, houses, and their aspects, are the most important for basic astrological analysis.

The positions of planets in houses point out the areas of life where there will be most focus and activity. The aspects between planets show the person’s most prominent character traits and the events they will likely experience during their lifetime.

The aspects have big significance in astrology analysis. They represent determined angles between the planets. There are major and minor aspects, which can have harmonious or challenging nature. The main (major) aspects are the conjunction, square, opposition, trines, and sextiles.

All aspects are strongest when the degrees of distance are exact. Harmonious aspects create opportunities and promote progress and success, while challenging aspects create blocks and obstacles and make accomplishments difficult or impossible.

The square is a major aspect with challenging nature. It is important to note that not all squares have a devastating effect.

If the nature of the planets making the square is beneficial this aspect can create a lot of creative energy and ambition and push the person into great achievements despite the obstacles they might encounter along the way. This aspect gives endurance and determination.

If the planets have challenging nature, the aspect will also give energy which can be used destructively to destroy rather than to create.

It is likely that in such cases, this aspect will create conflicts and disagreements, obstacles and other negative circumstances.

Besides analyzing individuals and their potential, astrology can be used to analyze relationships and their lasting potential and compatibility between the partners.

Astrology discipline which makes such analysis is called synastry.

By comparing natal charts of two individuals, it can determine whether their relationship will be harmonious or filled with conflicts, and can even predict its longevity.

It might also give advice to the partners on how to overcome their issues and differences if that is possible.

Synastry first analyses the birth charts of the two people and compares their planetary positions; it calculates the aspects between the planets and determines where these planets are placed in the natal chart of the other person.

These positions indicate the areas where the person will influence that person. The aspects between the natal charts reveal their basic compatibility.

Hard aspects between these planets are usually a sign of incompatibility between two people, and in worst cases they indicate disagreements and conflicts. This relationship requires a lot of maintenance and compromise.

It also requires additional support from other beneficial aspects.

If the aspects are mostly challenging, the relationship isn’t likely to last, and it will be a source of distress and tension. If this relationship lasts a long time, it will be very consuming for both partners.

Challenging aspects can in some cases cause violence and fighting between the partners.

Flowing aspects between the natal charts of two people promote a stable and lasting relationship. This is usually an indication of compatible characters.

These two usually have sincere interest to maintain the relationship and are willing to compromise and accept each other’s differences.

In some cases, the analysis between the birth charts reveal that there aren’t any significant aspects between their planets. In most cases, this indicates lack of interest and attraction between the partners. Often the relationship between them never starts.

Jupiter is a very big planet, and is the largest one in our Solar system. The composition of Jupiter is mostly hydrogen, and Jupiter lacks solid ground. Jupiter is the name of the Roman god of sky, who was also the king of all gods.

This planet is considered the luckiest of all. It has a beneficial influence and brings good fortune to people.

Those with Jupiter in a good position in their natal charts should really consider themselves blessed. They usually don’t have to put in much effort to earn money, or in other matters ruled by Jupiter.

Jupiter provides the person with opportunities to fulfill goals, and they often don’t need to move a finger to accomplish their desires. They lead a relaxed life because everything seems to come easily to them.

These people are usually financially secured, unless some other influences jeopardize Jupiter’s beneficial placement in their natal chart (although rare).

The planet Jupiter is the ruler of Sagittarius. The planet is in fall in Capricorn and exalted in Cancer. This planet has fortunate nature, and even if afflicted, it usually doesn’t cause catastrophic events.

Of course, if the aspects Jupiter is making with other planets are challenging, this could be a sign that the person might jeopardize their financial security with overspending and buying things they don’t need.

With challenging aspects, these people can also be prone to gambling, risky investments, and other money related problematic behavior. In worst cases, these people might end up broke.

A well-placed Jupiter can make a person very wealthy. It can also make the person highly educated and with high social status. These people can travel all around the world and expand their experiences on different cultures and countries.

Jupiter creates great opportunities for success and fulfillment of dreams and goals.

This is a social or generational planet, because it influences the people born within its transit through one sign (around one year); they all share the traits of Jupiter in this sign.

Saturn is large, but not as large as Jupiter. This is the second largest planet in the Solar system. Saturn has a ring system that is made of rocky debris, rocks, and ice particles.

It has 82 moons and is mostly composed of hydrogen and helium. Like Jupiter, Saturn also lacks solid surface.

Like the god whose name it carries, Saturn rules agriculture.

Saturn spends around 2.5 years in one sign, and it takes it 29.5 years to make a circle around the Sun.

When Saturn gets back to its natal position, this indicates a time in the person’s life when they evaluate their previous achievements and their overall satisfaction with where they are in life.

The house where Saturn is placed in the natal chart and its aspects reveal how responsible the person is and how it handles their responsibilities.

This also reveals the areas of life where the person might experience obstacles which require patience to overcome.

The person might be called to undertake some responsibilities, to begin taking care of themselves or of someone else, to be more patient, etc.

The square aspect between one person’s Jupiter and another person’s Saturn is not a favorable aspect.

If these two are in a business relationship this might be a sign of problematic collaboration. These two have different approach towards responsibility and finances.

Jupiter is relaxed and not very responsible but followed by good fortune and usually fulfills their goals and makes money without much effort.

Saturn, on the other hand, is very organized and responsible, but often experiences difficulties and obstacles when trying to achieve something, usually when it comes to earning money.

This aspect might create tensions because of their different approach towards doing things.

Saturn might be jealous at Jupiter’s luck and the ease with which they get what they want while they need to confront all kinds of obstacles and delays and never be certain about the results of their actions. Jupiter might consider Saturn boring and limited.

Saturn slows Jupiter down, and Saturn considers Jupiter superficial and reckless. Jupiter considers Saturn too serious, and Jupiter is too frivolous.

Jupiter might feel that his ideas and initiative is been suppressed by Saturn’s tendency for perfection and fears of making mistakes.

Jupiter doesn’t think that much. He has an idea and acts upon it. He also relies on his good luck, and Saturn doesn’t have that luxury. That is the main difference between these two.

In this relationship, Jupiter is the careless side while Saturn is the restrictive side. These two are annoyed by each other’s traits and cannot find a motive to tolerate these differences.

Their approach to doing things is completely opposite and there is no easy solution for this.

This aspect can have an exhausting effect on the partners, and if there aren’t any other compatible aspects to support and neutralize this one, it is not likely that the relationship will last. This aspect requires a lot of compromise and adjusting.

When one person’s Jupiter makes a square aspect to another person’s Saturn this is usually an indication of a relationship filled with tension because of the obvious difference between the partners’ characters and approach towards doing things.

Jupiter will feel restricted by Saturn’s negative approach full of fear. Saturn is drawn by fear and might try to undermine all of Jupiter’s efforts to realize his ideas.

Jupiter can feel pressured by Saturn’s critical attitude towards all of their actions. He might feel afraid to make any move because he doesn’t know what Saturn’s reaction will be.

Saturn’s perception of their relationship will be quite different. Saturn doesn’t trust Jupiter’s “take it easy” approach because he knows how hard it is for him to achieve his goals. He forgets that Jupiter is much luckier than he is and that he always relies on his good luck as his best ally.

Saturn might be jealous at Jupiter because of the easiness with which he accomplishes his dreams, comparing to the tons of effort Saturn needs to put in for the smallest things.

In general, this is not a good connection, especially in business partnerships. It could work if there are some other supporting aspects of other planets in their natal charts.