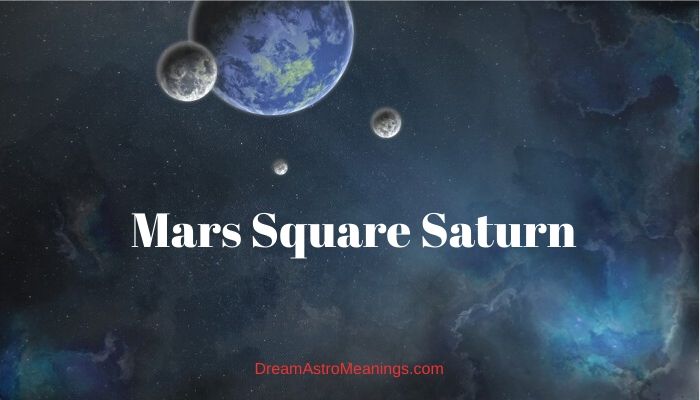 Most people know about astrology, but not a lot of them know its ranges. Almost every person in the world knows their Zodiac sign, and many know some other details about their horoscope.

For many, astrology and talk about zodiac signs is a way to start a conversation, but astrology is much more than that.

For centuries and millennia, people have been fascinated by the stars and their influence on human life. They patiently gathered knowledge about the meanings of certain planetary positions in a discipline called astrology. Astrology’s origin dates back to the ancient Babylonians.

The positions of planets at the moment of someone’s birth can give a lot of insight about that person’s personality and their destiny.

The natal chart of a person can reveal the areas of their interest and their character traits.

The natal chart, planets in signs and houses of the natal chart, and the aspects between the planets can reveal whether the person will experience difficulties in achieving their goals or they will have a lot of opportunities to live the life of their dreams.

Astrology uses various analyzing techniques, but most commonly it analyses the signs and houses where the planets are in the natal chart, as well as the aspects between the planets. They can give information about character traits but also about events that are likely to happen.

Aspects are angles between planets with a specific meaning. Major aspects are the most important for astrology analysis, especially when the angle degrees are exact. Major or main aspects are conjunctions, squares, opposition, trine, and the sextile. Minor aspects have less deviation tolerance, usually up to 1 degree. Even minor aspects are important when they are exact.

The aspects can have harmonious and challenging nature. Their influence differs depending on their nature, but also on the nature of the planets creating the aspect. Harmonious aspects create fortunate opportunities for progress, and they enable free flow of planetary energy.

Squares are major aspects and are generally challenging in nature. They create a lot of energy between the planets but are also responsible for conflicts and tension. The overall nature depends on the nature of the planets making the square aspect.

The square can create blocks and obstacles as well as prevent us from getting what we want. They can also make it difficult to obtain our goals. Squares often create difficulties, disagreements and in some cases violence and aggression.

Astrology doesn’t analyze only individual charts; it can also analyze relationship potential and determine whether two people will have a good relationship or not.

It can detect the issues two people can possibly experience while interacting and suggest the ways to prevent these issues from arising or for resolving them.

The technique astrology uses to analyze relationships is synastry. People interacting with one another also bring their natal planetary positions in this contact. The interactions between their planets tell the story of their relationship.

The aspects between their planets show their compatibility and indicate whether the two will have an easy flowing relationship or one filled with conflicts.

Harmonious aspects between two natal charts are usually a sign of a lasting and harmonious relationship. The characters of the two people are compatible and there is genuine interest to maintain the relationship.

They are willing to put in effort to sustain the relationship and are eager to make compromises and prevent issues. They are tolerant to their partner’s differences and all of that ensures the longevity of their relationship.

If the aspects between two natal charts are mainly challenging, the situation is different.

This usually indicates that the partners aren’t compatible and don’t have enough will to sustain the relationship. There is usually lack of tolerance for each other’s differences and this is often the cause of conflicts and disagreements between them.

Challenging aspects in synastry require a lot of compromise to maintain the relationship and there’s often not enough will for that. In some cases, challenging aspects can provoke conflicts and violence between the partners.

These relationships are not likely to last long, and if they do last long, they are not a satisfying experience for the partners.

In some cases, there aren’t any significant connections between the natal charts of two people.

This often happens when there is no interest between the people to form a relationship and they feel indifferent towards each other. This is usually the case when the relationship between them is never realized.

The planet Mars is not a big planet but has a fearsome reputation. It is covered in redo iron dioxide which makes it appear red.

This is why Mars is sometimes called “red planet”. Scientists have concluded that in many ways Mars is similar to Earth. This is why, many speculate that life will be possible on Mars sometime in the future.

Some theorists even believe that life was present on Mars in the past, and that our origin is in fact from that planet.

This planet has bad reputation. Like the ancient Roman god Mars, this planet is considered the ruler of war and conflicts.

It gives people good traits, such as endurance, determination, courage, energy, passion, leadership qualities, power, etc. When it forms harmonious aspects with other planets, its influence is highly beneficial.

Unfortunately, in challenging aspects the effects of Mars can be devastating for the person’s life.

Mars rules Aries and Scorpio; it is exalted in Capricorn. When Mars is in these signs it is most powerful. People who have Mars as their ruling planet feel its impact strongly, especially through progressions and transits which trigger Mars position in the natal chart.

When Mars has harmonious aspect in their natal chart, that makes them energetic, determined and fearless.

They don’t mind working hard and putting in the effort to achieve their goals. They don’t allow anything to stand in the way of their desires and are determined to succeed.

When Mars has challenging aspects, this often makes the person aggressive and in worst cases violent. They might be prone to violence and dangerous activities and professions.

Mars people can be prone to controlling and dominant behavior. They can be rude and intolerant, competitive and provoking others.

Saturn is large, unlike Mars. While Mars is the second smallest following Mercury, Saturn is the second largest, with Jupiter being the largest of all planets.

Saturn has 82 known moons, and a ring system made of rocks, ice particles, and rocky debris. Its composition is mainly hydrogen and helium. Saturn doesn’t have solid ground.

This planet also rules chronic illness, poverty, and all kinds of suffer.

Saturn needs around 29.5 years to finish a circle around the Sun, before returning to its natal position. “Saturn’s return” is the time when people usually make a retrospection of their past and analyze their achievements.

The place where Saturn is in the natal chart reveals how the person handles their responsibilities as well as the areas where the person might find obstacles and need to be more patient.

Saturn is the planet of patience and determination, and often brings the person to the desired outcome but with much more effort than others put in for achieving the same goal.

When one person’s Mars aspects another person’s Saturn, this usually creates a relationship that will affect both partners. Challenging aspects, such as square are especially difficult to handle.

The conclusion about the effect of this aspect on the relationship should be made after analyzing these two planets in the individual’s charts.

Mars and Saturn have a lot of similarities. They are both determined and enduring. They also possess great energy. They also have many differences. Mars reacts fast, and Saturn tends to be very slow.

This could be one of the causes for irritation between these two. Mars could find Saturn boring and overly focused on details, and Saturn could consider Mars being cursory and behaving recklessly.

They are both right in their estimates of their main traits, but they just have a problem tolerating these traits in each other.

Mars can be too open and straightforward for Saturn, who tends to keep things private and behind closed door.

For the Mars person, Saturn might seem withdrawn and inadequate and can openly say that about them.

Saturn might be aware this is true but won’t allow Mars commenting on that. Saturn has the stronger personality in this relationship, although it might seem otherwise to most people, even to Mars person as well.

Saturn won’t allow Mars expressing their opinion if they find it in any way offensive or humiliating.

This relationship is usually marked with strong physical attraction, regardless of the nature of the aspect that binds Mars and Saturn. Even with the square aspect the attraction is huge, but there is an element of competition like with all Mars aspects present.

Both want to conquer one another and feel dominant in the relationship. This can often lead to conflicts and in worst cases, violence.

These two will be drawn to one another because of their strong energy and powerful personality. They love each other’s confidence and the other traits they share. The problem will arise when one of them needs to take the leading role.

When they realize that none of them wants to give up that position, the war usually begins.

It might seem strange but this contact appears often in serious relationships. At the beginning there is strong physical attraction between the partners, but as time passes, the passion usually cools, and the partners become indifferent to each other.

In some cases, passion is replaced by violence between the partners.

In this relationship, Saturn is the more vulnerable side. He often hides his vulnerability behind a mask of coldness and reserved behavior. Being abandoned is one of the major fears Saturn has.

Motivated by this fear, Saturn often has the need to manipulate and control their partner to force them to stay in the relationship. The desire to conquer Mars can be overwhelming for Saturn.

In some cases, when he finally manages to do that, he losses desire for Mars and the relationship with them.

When arguing, Mars is direct and usually doesn’t care if they offend Saturn. Saturn will get even at Mars in a more cunning and intelligent way.

They don’t rush with their revenge and will take their time. They will undermine Mars’s confidence and sense of worth without any sense of guilt.

These people are very patient and don’t forgive easily when someone does them wrong.

Saturn might make Mars believe that they are doing everything wrong, and imposing standards to them that they need to fulfill to make Saturn happy. Saturn can make Mars very insecure, making laugh of every move he makes, and everything he says without Mars being aware of what is going on.

When Mars realizes that, his insecurity and desire to please Saturn turns into anger and aggression, and begins reacting violently to any disapproval from Saturn.

The tensions begin building and in time it is likely that one of them will decide to leave, most likely the Mars person.

The square aspect between one person’s Mars and another person’s Saturn is a hard to deal with aspect.

It is not likely that this relationship will last very long and the longer it lasts, the angrier and more hurt both people become.