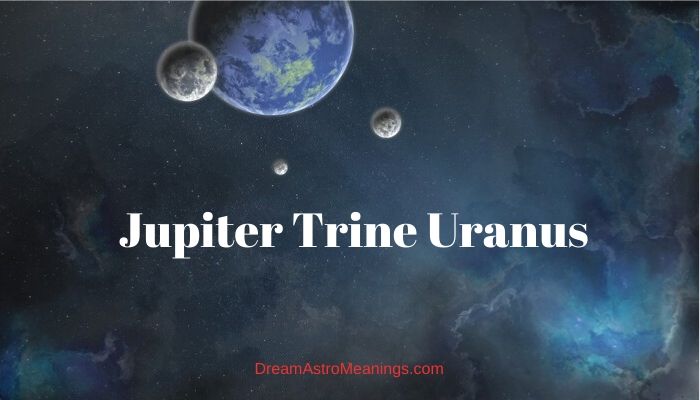 The planets have a strong influence on our lives, but many people are still not aware of that fact. They consider astrology as a fun topic of conversation and don’t know its true capacity.

Astrology might help us discover a lot about someone’s personality, their desires, intentions, and possible life path and destiny.

Astrology can also give insight about the world around us and the events that might happen. It can also be used to analyze relationships and their lasting potential and compatibility between partners.

Astrology is old, and the first written records of astrological analysis date back to ancient Babylon. Ancient people noticed how the Sun and the Moon and the visible planets influence their lives and life in general and recorded their observations.

The word astrology means study of the stars and planets and their influence.

Astrology analysis starts by creating a natal chart, which is a record of the positions of planets in a certain moment, usually for the moment of someone’s birth.

This is a basic astrology analysis, and astrology can dig much deeper using other techniques, but is sufficient to give a lot of information.

The houses where the planets are placed in the natal chart reveal which areas of life will likely be the focus of the person and activity. They also reveal the possible events that might happen.

The aspects between planets also give significant information about the person’s character and their choices. They are certain angles formed between planets with different meanings.

Challenging aspects are different and they are responsible for the obstacles while trying to achieve something. They block planetary energy.

These aspects can sometimes prevent the person from getting what they want or they can make the achievement very difficult. In worst cases, these aspects create conflicts and violence.

The trine is an aspect of favorable nature. It is a major aspect formed when the planets are at 120 degrees distance from one another. The trine is considered as the luckiest aspect of all by many astrologers.

It is a bringer of good fortune and opportunities in the person’s life.  This aspect helps the person get what they want without much effort.

Astrology can also be used for analyzing relationships. The technique used for this analysis is called synastry. Synastry views human interactions through the contact of their natal charts.

It analyses the relationship between the natal charts to determine whether two people could have a lasting and harmonious relationship or not.

In the basic analysis, it compares the birth charts to calculate the aspects between the planets in both charts and determines the planetary placements from one chart into the other to see which area of life that relationship will most likely affect.

The aspects formed by the planets reveal the nature of the relationship, or whether it will predominately be harmonious or not.

When the aspects between the charts of two people are mostly challenging this is usually an indication of incompatibility of their characters. It often indicates problems in communication, disagreements, lack of tolerance, conflicts, and in worst cases, it could be a sign of violence between the partners.

When the aspects are mostly harmonious, this is an indication of compatible characters between the partners. These two usually get along well and support one another. They don’t allow problems to arise or pile up and they resolve them upon arising.

In some cases, the analysis discovers that there aren’t any significant aspects between two natal charts. This usually reveals lack of interest and attraction between the partners.

This planet is the biggest of all. Its composition is mainly hydrogen and doesn’t have firm ground.

The name Jupiter comes from the Roman sky god who was a well-respected deity in the ancient Roman pantheon. Jupiter was also the king of all gods. This planet was considered the luckiest of all since antiquity.

Today, it still carries this title. Jupiter brings abundance and blesses our endeavors with good fortune.

Jupiter mostly has a beneficial influence on our lives, especially when it is well-placed in our natal chart.

People with well-placed Jupiter are considered very lucky and are usually financially well-off.

They have a lot of opportunities to increase their wealth and they usually don’t need to effort much to get what they want. They often rely on their good fortune which helps them get out of difficult circumstances.

Opportunities usually knock on these people’s doors which can make these people lazy and ungrateful.

Jupiter rules the sign Sagittarius and is exalted in the sign of Cancer. This planet rarely brings bad things into people’s lives, even in cases when it is afflicted.

Of course, there are situations when this planet in afflictions causes disasters, especially in the field of finances. Afflicted Jupiter can cause overspending and reckless financial decisions and risks which can jeopardize the person’s financial security and even cause bankruptcy.

When Jupiter is well-placed that is usually a sign of accumulation of wealth and lucky opportunities for success.

Saturn is also a big planet, and only Jupiter is bigger. Saturn has a ring system which is composed of ice, ice particles and rocks.

Its composition is mainly hydrogen and helium, and it lacks solid ground as well. The name of this planet comes from the Roman god of agriculture and soil.

For Saturn to circle around the Sun it takes 29.5 years. The return to its natal position is called “Saturn’s return”. This is a period of life when people tend to evaluate their past achievements and decide whether they are satisfied with them or not.

In the natal chart, Saturn’s placement reveals the areas of life where the individual might need to take on some responsibilities or encounter some difficulties.

It also indicates delays or obstacles and situations that require patience and waiting.

Saturn is the ruler of life’s lessons and transits and progressions triggering this planet often reveal the timing of the events that will bring such lessons in our lives.

Both Jupiter and Saturn are generational planets and they have more influence on generations of people and society in general than on individuals.

When one person’s Jupiter makes a trine aspect to another person’s Saturn this is a favorable sign for their relationship. It adds to the compatibility and overall stability of their union.

The Jupiter trine Saturn in synastry is a good aspect for any kind of relationship especially for business partnerships where both individuals want to learn from one another and are willing to make compromises for mutual benefits.

These two can have successful endeavors and their plans and ideas can make them a lot of money. Joining their forces they can create a financial stability for their future.

They will support each other to follow their dreams. Jupiter will push Saturn to start following his dreams and release the fears of failure. He will help Saturn become more optimistic and start expecting good things to happen for a change instead of expecting the worst.

Saturn will help Jupiter become more reliable and responsible. Under Saturn’s influence, Jupiter will begin remembering his duties and doing them on time. He might also become more punctual and begin respecting other people’s time.

Saturn will also support Jupiter to avoid making unnecessary risks and think well before making investments which will ensure the success of their actions and provide substantial financial reward.

With Saturn’s organized mind and thoughtfulness and Jupiter’s talent for making money and good fortune, these two can make miracles when it comes to earning money.

This aspect makes theirs a useful union that will benefit both partners. It helps neutralize the possible negative aspects between their natal charts. It promotes the longevity of every partnership.

The Jupiter trine Saturn aspect in synastry supports the longevity and stability of the relationship.

Both partners learn from one another and improve themselves through this relationship.

Through this relationship and Jupiter’s influence, the Saturn person becomes more relaxed and open-minded. He begins trusting that all things are possible and becomes more optimistic about the outcomes of his actions.

The Jupiter person becomes more reliable and responsible under Saturn’s influence. They stop neglecting their duties and become more organized.

Saturn could also influence Jupiter to become more cautious when spending money and begin saving them for a change.

This aspect helps to neutralize negative effects of challenging aspects that might exist between their planets. It is especially a good sign for business partnerships and similar unions.

These two work very well together and when they join forces and their qualities there is nothing they cannot achieve.

They are very good at making money together and can provide themselves significant financial security through their mutual endeavors.