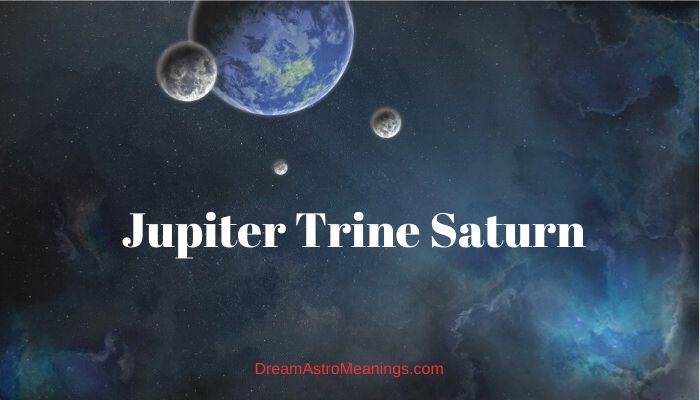 The stars and the planets influence our lives and people have known that fact for century and even millennia. They observed their influence on people as well as on the world around them and were amazed by its strength.

The experience and knowledge they collected through their observations they gathered in a study of the stars and planets which they named astrology. Astrology is an ancient discipline which dates back to the ancient Babylonians.

Today, most people are acquainted with its existence but not many are aware of the true extent of its use. Most people still consider it as a fun topic to start a conversation with someone.

The reality is that astrology can be used for accurate predictions of events and determining personal traits, the person’s character, believes and preferences as well as the destiny of individuals.

Astrology uses different techniques for its analysis. The basis ones consist of analyzing the planets in the natal charts, their relationships, and placements in different signs of the Zodiac.

The planets in different signs, especially the personal planets like the Sun, the Moon, Mercury, Venus and Mars, are very important for determining the personal traits and preferences of an individual.

The placement of planets in different houses of the natal chart describes the areas of focus and interests of an individual, and where most activities will unfold. The aspects between the planets reveal personal traits as well as events that might happen to a certain individual during their lifetime.

Harmonious aspects provide the person with opportunities to succeed in their goals and desires and allow the planets to freely express their energy and the best in their nature.

They can create obstacles and sometimes prevent a person from achieving what they want. They require a lot of patience and endurance to overcome the obstacles these aspect often place before the person. In some cases, these aspects create conflicts and disagreements.

The trine aspect is a fortunate one. It is created when the planets form an angle of 120 degrees. This aspect is considered the luckiest of all and provides the person with many opportunities to succeed in their plans and efforts.

As we mentioned previously, astrology can also be used to determine relationship potential and weather two people have compatible characters.

Many people don’t believe in astrology and for that reason it seems impossible to them that some astrological calculations and deciphering the meanings of planetary positions can determine whether their relationship with someone will be a lasting and harmonious union.

The technique used in astrology to determine relationship potential is called synastry.

The main idea on which synastry is based is the fact that people, when interacting with each other bring their planets in their interaction as well; this is why synastry compares the natal charts of two people to determine the aspects between their planets as well as the placements of the planets of one partner in the natal chart of the other.

The planets in the natal chart of the other partner give insight about the areas of life which this relationship is likely to impact.

The aspects are also very important because they give a picture of the overall compatibility of the partners. If there are no significant aspects between the two natal charts, it is likely that there is lack of interest and attraction between the two people.

Predominantly harmonious aspects between two birth charts give a picture of a stable and lasting relationship. This is a clear indication that the partners have compatible characters and mutual understanding.

They are willingly tolerant to each other’s differences and want to do anything in their power to maintain a relationship. These are usually relationships where the partners sincerely love and care for each other.

Predominantly negative and challenging aspects give a picture of a relationship filled with conflicts and disagreements.

It is likely that in such a relationship there is lack of understanding between the partners; there is no tolerance to their differences and every partner tries to be the dominant side in the relationship.

This could also be a relationship where one partner is unwillingly being dominated and controlled by the other.

Jupiter is the largest existing planet in the solar system. The composition of Jupiter is mostly hydrogen; it doesn’t have a solid surface.

The name Jupiter comes from the Roman sky god who was also the king of gods. Since antiquity, Jupiter is considered the most fortunate planet and a bringer of good luck.

In astrology, Jupiter is also considered a planet ruler of good fortune wealth abundance and has an overall beneficial influence.

When Jupiter is well placed in the natal chart, this can be considered a true blessing for the person with this placement. This usually gives the person financial security and a lot of opportunities to progress, increase their finances and fulfill their other goals.

People under the influence of this planet are usually considered lucky and they don’t have problems making money, especially when Jupiter in their natal chart is well placed.

Usually, when Jupiter is well placed it creates a life of great financial abundance for the person.

Because the nature of Jupiter is predominantly beneficial, when this planet is afflicted, this often doesn’t have a devastating effect on the person’s life, although in some occasions when Jupiter is badly placed in the natal chart it can bring money issues, money loss, and in some cases, bankruptcy.

The planet Uranus is considered the coldest planet alongside with Neptune. The temperature on Uranus goes as low as – 224 degrees Celsius.

This planet has a ring system and 27 moons. It got its name from the Greek god of the sky. Uranus was the grandfather of Zeus and father of Cronus. This was one of the oldest gods in the ancient Greek pantheon.

In astrology, Uranus is the ruler of unpredictable sudden events, which can sometimes have catastrophic consequences. Uranus rules all kinds of changes and transformations which are beyond the person’s control.

This planet is also the ruler of inventors, super intelligent people, creative people, discoveries and creativity in general. Uranus also rules traffic and vehicles of all kinds, especially airplanes and air traffic.

It also rules sports events and sports in general, as well as independence and freedom, electricity, telepathy, etc.

When Uranus makes challenging aspects in the natal chart, this is not a good sign in most cases. Uranus can indicate accidents, catastrophic events, disasters, violence, bankruptcy, destruction, reformations, etc. Uranus is also responsible for major transformations in Society.

People influenced by this planet can be very unpredictable. They value their freedom very much and they can be very independent. Uranus people have adventurous spirits and are often into extreme sports and activities.

They don’t allow anyone telling them what they should or shouldn’t do and they want to choose their own path without being influenced by anyone.

These people often disrespect authorities. They are often very eccentric.  They often enjoy shocking people with their reactions and actions.

Important transits and progressions which trigger natal Uranus often bring events that introduce changes in the person’s life. Uranus brings transformations and the person is never the same after they have gone through these transformative experiences.

This people don’t like being controlled and told what to do, which is why they often confront authorities; this is why it’s best that they are their own Boss. Because they are innovative they are often pioneers in certain areas of life.

They often are the first ones to try new things. They often take risks and jeopardize their lives if something seems new and interesting enough to them.

Uranus brings unpredictable and unexpected events into the person’s life. Uranus events are often events that come as a great surprise for the person.

They can have a transformative effect for the better or they can have a devastating effect on the person’s life; that all depends on the aspects Uranus is making with other planets in natal chart.

Uranus that is afflicted in the natal chart is often the one to blame for broken relationships. Uranus is a generational planet and rules transformations in Society.

Both Jupiter and Uranus are generational planets and they tend to influence generations of people rather than individuals. When this aspect is present between the natal charts of two people it gives a dose of excitement and inspiration to their relationship.

These two join their adventurous spirits and are always in pursuit of new experiences and excitement. They both love their freedom and are tolerant to each other’s desire for independence and time alone.

These two can have “their own thing” and no one will be frustrated about it. They know that by letting the other have time on their own will help improve their relationship and maintain its longevity and stability.

These two broaden each other’s horizons because they experience new things with one another and go places they have never been before.

They will encourage each other to pursue their dreams regardless of how impossible and risky they might seem to others.

They inspire each other. If they do a joint venture together, Uranus will be the side to bring innovative and creative ideas which Jupiter will finance, and they will both benefit from this partnership. They will grow as a couple, expanding their knowledge and spirituality.

Jupiter might inspire Uranus to begin working on developing this side of personality which Uranus will accept with excitement.

If Jupiter or Uranus (or both) are afflicted in the natal chart, this aspect in synastry will enable the partners to help each other in overcoming the negative effects of these afflictions.

The Jupiter trine Uranus aspect in synastry is a good aspect to support the longevity and lasting power of the relationship between them.

This aspect helps these two enjoy being together. They have a lot of fun activities together and they often experience new and adventurous things.

This aspect also helps them to broaden their knowledge and horizons through this relationship.

Their contact and collaboration can also be financially rewarding and satisfying for both of them.

They support each other in following and accomplishing their dreams which can often be considered as irrational and impossible by most people.