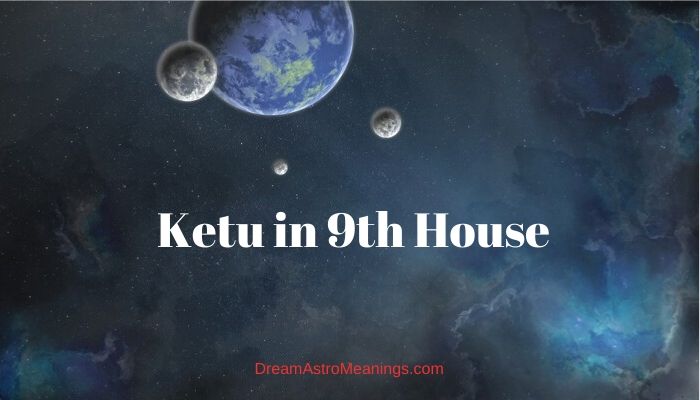 Astrological terms Rahu and Ketu are also known as the Lunar Nodes.

Known as the North and the South Node, they represent astronomical points at which paths of the Sun and the Moon intersect.

In Vedic astrology, they are imaginary planets, considered more powerful than any of the actual ones.

In horoscopes, they are treated similarly to planets. Rahu and Ketu are indicators of our karmic journey.

These two terms originate from Hindu mythology, from a myth that illustrates Rahu and Ketu’s astronomical nature, amongst other things.

These two were one once, the myth says. They were the demoniac serpent creature, the one who wanted to steal the nectar of immortal life from gods. This serpentine dragon accomplished his mission, but the Sun and the Moon reported him.

Vishnu, the Creator god beheaded the dragon, but, being immortal, his parts continued to live separately.

Furious about their destiny, Rahu, the dragon’s head, and Ketu, the dragon’s tail or the rest of his body, swore to take revenge on the universe. They swore to chase the Sun and the Moon, in order to eat them.

This allegorical eating occasionally happens in reality and we see it as the solar and the lunar eclipse.

Ketu or the South Node is an imaginary planet that plays a significant role in Vedic astrology. The Dragon’s tail represent ourselves as we are at this moment of our existence, though burdened by experiences, habits and memories from previous incarnations.

The South Node, thus, represents over-developed traits and we should curb them through the North Node, which represents under-developed characteristics.

The South Node keeps us in stagnation, not letting us let go of the past, but the lesson we should learn is exactly to overcome our karmic habits. We often choose well threaded paths, sometimes consciously, other times intuitively.

However, we choose them, because we are used to them. Ages of the past have taught us to use the same pattern.

However, let us not be so strict about Ketu. Its influence depends on the position in horoscope, aspects and other elements in a natal chart.

Ketu is associated with spirituality, so people who are under a strong influence of this imaginary planet are deeply spiritual and interested into religion, beliefs, esoteric knowledge and mysterious lore. Some of them are excellent spiritual healers.

If your Ketu was in a favorable position, it brings wisdom and brilliant intuition, spiritual depth. If its position was not favorable, it could cause many troubles, such as anxiety, depression, general nervousness and worrying about everything.

Ketu is in ‘good relations’ with Mercury, neutral towards Jupiter and hostile towards the Sun and the Moon.

The Ninth House is a philosophical field. It is associated with one’s morality and ethic, with law, problem-solving abilities, contacts with foreign people and travel, with living abroad.

This field has to do with clairvoyance, astrology, wisdom, guidance and cognition. The Ninth House is closely bound with the concept of learning, with one’s willingness and desire to learn, with higher education, self-development and with exploration.

This astrological field is associated with success and fortune and especially with preparation for a professional success, being somewhat of an introduction to the Tenth House.

Since this field is associated with education and knowledge, it is very possible that the native’s success in life would be in academic circles or that all the knowledge gained would lead to success in another way.

The Ninth House tells about opportunities that come to us with widening of our horizons through learning. Working on your education would very likely lead to professional achievements.

Social status and reputation the Ninth House tells about would very likely come through the same channel, the education.

In addition, since this is the field related to foreign affairs and connections, it is very possible that there would be cooperation with foreigners, especially in the area of commerce, export-import and trade in general.

The Ninth House is analog to the sign of Sagittarius. It is one of the Fire houses and a cadent house.

Fire houses are associated with identity and attitude towards life, while cadent houses are about learning, thoughts before taking the action, about observing and exchange.

They are the step before acting again and the lesson that comes out of previous activities.

Ketu in the Ninth House – Ketu in 9th House

Ketu in the Ninth House, with Rahu in the Third House gives a very interesting lesson. In previous incarnations of this native, the emphasis was on self-development, regarding wisdom and knowledge. Millions of hours have this native spent on the road to wisdom.

Ideas and people should both be the part of this native’s life; he or she has to find a way to introduce them together into their perception of life. Spiritual growth is what marks this individual. It requires great freedom of spirit, without any restrictions or limitations.

In this incarnation, this native remains aware of this consuming sense of freedom and feels that he or she should keep it and nurture it.

However, the confusion comes from this sense exactly; the native feels the freedom has to be maintained, but the or she cannot remember why they need it so passionately.

From time to time, the person feels an incredibly strong desire to explore new horizons, to thread different paths, seeking for the end of the rainbow.

This native is on a quest for spiritual enlightenment. We could call this native a mental nomad, an insatiable explorer through the vast realm consciousness.

The urge is so strong that the native rarely takes a break from it, finding a peaceful oasis that would help him or her rest the mind. This native has a very rich inner world and is turned towards the inside, although acts in an extroverted fashion.

However, this everlasting quest is confusing. The native searches, but he or she does not have a clear idea what for.

The native tries to figure out what drives other people and only becomes more and more perplexed. There are communication problems; this native finds it really hard to understand others, finding it even harder to relate to others at all.

Even if the native was married, he or she still feels as if there was no actual bond. It applies to any type of a closer relationship.

The need to be free from everything is so strong that the native cannot even understand the purpose and the beauty of a true bond with another person. This native has to learn how to adjust their own perception of freedom to the world made up of connections.

The very experience of communication goes through great transformation.

Eventually, it could happen that all the knowledge this native has gained turns upside down, through the communication with other people.

The native is probably afraid of the change of perspective that could come as a result of actually engaging with other people. The native refuses to understand others, in order to keep things the way they are. This fear of change is something this person has to overcome.

The knowledge will remain, but your perspectives may drastically change, which could turn out useful and good.

Romantic relationships are another problematic area. This native constantly feels as if the relationship limits their movement, figuratively in the first place.

However, this limitation could be useful, because, at times, it manages to soften the consuming, though confusing desire to be completely free and actually it teaches the native how to build a more intimate connection, how to communicate more precisely.

However, this native tries to do everything to prevent the loss of freedom, without thinking about gaining anything. He or she is used to freedom and independence from previous incarnations, so any sign of losing it terrifies this person.

Nevertheless, the person feels there is something very important about establishing connections with others, so there is a need to overcome this fear of losing freedoms.

As soon as the person realizes how enriching could be the life shared with others, he or she is ready to take up the risk. It leads to great prize and would be very relieving in the end.

However, it takes effort, time and endurance. This road will not be an easy one.

Such position of Lunar Nodes characterizes by out of marriage affairs and all kinds of unfinished business.

This individual is very adventurous and open. This is a restless spirit, a traveler and an insatiable explorer.

Although incapable of commitment, until he or she overcomes the fear of losing freedoms, this person is friendly and communicative, in fact. He or she always comes up with interesting and novel information other people enjoy. This person knows many things about the world.

This is very interesting, since this native does not give a thing about formal education, being self-taught, through experiences, physical and mental. He or she enjoys reading and learning, but cannot sit still if someone forces them to do so, just as a restless kid in the classroom.

This person is intelligent and capable of finding information about everything he or she was interested into.

Moreover, this person enjoys sharing information. He or she greatly affects lives of people around, although the native does not think much about the importance of all those information shared.

The life of this person is, by definition, full of fun and excitement and of various info about all kinds of things.

This person is like a walking, a fast walking, encyclopedia. Everything he or she reads somewhere is to be tasted for real.

One would think that this person needs rest, but, as we have said, these individuals manage to find peaceful oases along their way. It is enough; the desire and need to move is too strong.

These people are restless, but that is not a negative trait in their case. It is a part of the mission and it could be used for good.

This fast-paced movement reminds the native that there was a mission to accomplish; there is something to be found, even if the person does not know what that was.

All paths lead somewhere, that is for sure. Ketu in the Ninth House makes you search that ‘somewhere’ all the time, without much taking much rest. Movement is essential to this  person.

Although their search and mission might not be focused and clearly determined, it is very important to note that they would not give it up. They will know when they find what they have been searching for all this time.

This person does not want to make early conclusions about anything.

They know there is always some new information to learn, so it would not make much sense to make a conclusion. Such way of thinking is a two-sided blade.

On one side, it leaves open many options and it makes your view on life wide open.

On the other hand, it dissolves any actual conviction and leaves your goals completely undefined, making you wonder what was all this about anyway. The key is finding the balance, as always.

Communicating your messages could help you get a clearer direction, without losing your much-needed liberties.

Although these people have to tell something about any subject, other people do not take them very personally, because their messages, although interesting, often appear coded.

Think about the deeper meaning of your messages and try to communicate them more openly.