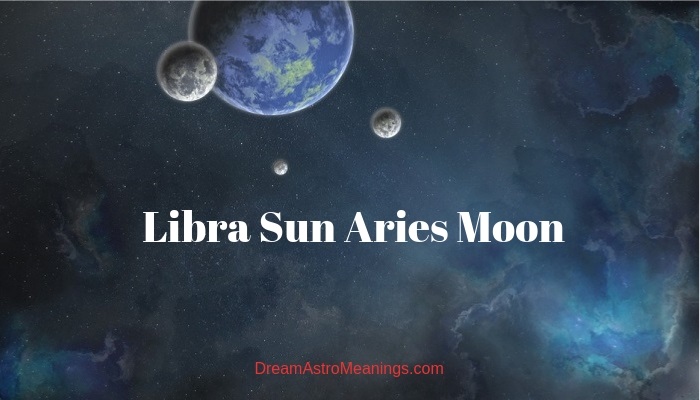 For thousands of years people have been observing the nightly sky, wandering if there are answers to our purpose in this life.

Not only people have wandered about the whole humankind, but also about individual destinies.

Astrology is one of the oldest paths dedicated to searching for such answers.

In modern day, astrology is an alternative science, a pseudo science.

Back in the day, it was much appreciated and practiced by notable scholars and figures of the past.

Astrology tries to interpret the planetary movement and see how it affects our lives.

We know that planets definitely play a role in our earthly life, but astrology deals with planetary influence over individual people’s destinies and even their personalities.

Natal charts consist of many elements and planets are, of course, the core of it.

The first one to pay attention to is the Sun. You might wonder why the Sun is called a planet, when it is a star, but astrology lists all bodies in the Solar system as planets.

Each one is important and has a role to play in one’s natal chart and horoscope. The Sun is a personal planet and it shapes up your core personality.

The Sun symbolically represents all life. The brightest of stars is a creative principle. It supports one’s creative potentials and the need for life.

The Sun is associated with the element of Fire, with gold, masculinity and it rules the sign of Leo.

In one’s natal chart, the Sun determines a person’s native sign. The Sun sign is your Ego, reason and consciousness.

This magnificent shining star has always been associated with divinity and nobility. In a natal chart, in good aspects, it promotes all such qualities.

It makes you generous, self-confident, kind, gallant, noble, driven and ambitious in the most positive way. Its purpose is to help you achieve your maximum.

The place it holds in your natal chart represents the sphere of life in which you should prove yourself.

It could face some rather unfavorable aspects, however. In that case, it could make one envious, too proud of themselves, actually deeply insecure about his or hers integrity and personality as it is.

The Sun challenges you to make the best out of your life. The sign it matches defines your attitude, your basic traits, temperament and your character.

Libras are probably the most laid back representatives of the Zodiac. Libras are cool, relaxed, approachable and friendly people, with inborn diplomatic qualities.

They do not bother themselves much over problems in life. It is not that they wait for the problems to pile up, but they approach them reasonably and with a positive attitude.

Libra people firmly believe almost everything could be resolved through a patient and a peaceful approach.

Libra people easily manage their time. They could work hard, if driven and motivated, but they could also spend lazy days with no complaint.

Libras listen to both their intuition and their reason.

They have a rare gift of having their rational and emotional self in balance or close to it, by nature. They are warm, empathic, but reasonable and not susceptible to manipulation.

Many often label Libras as indecisive and doubtful. However, the truth is actually different.

Their indecisiveness, with good aspects, usually does not come from any insecurity or self-doubt, but out of their diplomatic, objective nature.

Libras carefully measure and calculate things, trying to get the whole image. They would not accept an opinion easily or take a side rushed by emotional impulses.

There are causes they boldly stand for. Libras are sensitive to any form of injustice, being humanitarian, pacifistic and helpful by nature.

They are strong willed people, especially when they have a cause to stand for.

However, their attitude is friendly, diplomatic, measured and polite. Libras are never aggressive and they know with people.

They are quite natural people. Libras do not concern themselves with the opinion of masses and that is their great quality.

They are approachable, hospitable and easy to talk to. Libras are possibly the most likeable people of the entire Zodiac.

People like their company, feel relaxed and good around them. You can ask them whatever you want, at any time.

While the Sun represents your basic and visible nature, to say so, the Moon is what lies beyond.

Both are very important and both shape up the person who you are.

The Moon is of changeable nature, an emotional and mysterious traveler through the Zodiac. It changes positions quickly and affects each one’s horoscope.

The Moon in your natal chart represents your emotional nature, the way you absorb impressions from the world around.

Your Moon sign determine the way you receive these impressions and react to them.

If your Moon is in good place, meaning a favorable sign and/or in good aspects, your emotional self flourishes.

The Moon is responsible for your emotional and intuitive development.

The Moon also governs the realm of dreams and imagination. It supports your creativity, already found in the Sun sign.

The Sun is a creative principle; the Moon is imaginative. The connection is clear.

The Moon is associated with the element of Water and has great influence over all water element signs, ruling Cancer. Aries is something entirely different.

It is a sign of Fire, ruled by the planet Mars, meaning its energy is dynamic, aggressive and fierce.

The Moon in Aries manifests as a temperamental, impulsive personality. Here, emotions are not subtle.

Aries Moon does never try to keep his or hers feelings to themselves, just as they say aloud anything they think. They are reactive, quick tempered and they sometimes act before they think.

Moreover, they enjoy challenges of all sorts. Aries Moon are people of deeds, not of words or subtle gestures.

They will not empathize with your troubles, not even if you are their friend.

However, either they would offer to handle things for you or they would give you an efficient, practical advice on how to proceed. They feel good only if doing something.

At first, it seems this is one very contradicting personality. Diplomatic and pacifistic Libra, combined with aggressive, impatient and dynamic Aries.

These people are burning from the inside, while on the outside they are calm and calculated.

This could be an advantage, just as it can be a disadvantage. If aspects are fine, these people keep their head cool in the most critical situations.

Even if the situation provokes them to act impulsively, they do not.

With good aspects, they do not bury their feelings inside and cause themselves suppressed frustration. On the contrary, they find another channel for it.

Considering Libras as creative and humanitarian people, they could direct their emotions towards either a solely self-expressing activity or a helpful cause on a larger scale.

If aspects are bead, they suffer from deeply suppressed frustrations, without allowing themselves to let go off all those feelings.

However, most of Libra Sun Aries Moon individuals manage to find the balance.

The balance is the nature of Libra Sun. The good thing is that these people trust their instincts, but always consult their reason, as well.

Although their nature may seem contradicting, Libra Sun Aries Moon people are actually capable of maintaining harmonious relations between their impulsive emotional self and their calm, patient personality.

They are diplomatic, passionate about their causes, fierce when needed, but never malevolent or exploiting.

Libra Sun Aries Moon value justice, honor and honesty above everything else.

They are of noble hearts, brave and steady, flexible enough to accept failure and changes.

Bad traits show up once their two very different sides come out of balance.

It usually leads to tons of buried and suppressed impulses, controlled by measured and calculated reasoning.

For some time, it appears as everything is fine, until they burst out.

It makes them rebellious without a cause, anxious and aggressive out of fear, insecure and troublesome personalities.

Libra Sun Aries Moon need a constant exchange with their partner, meaning the one should be engaged with everything they do and vice versa.

It is not control, but interaction, because these ones need this kind of dynamics in a relationship.

They need their freedoms, but at the same time, they are bound to their partner, they are trustworthy, loyal and expect the same in return.

They are protective of their loved ones and they would bravely defend them from any potential threat or harm.

The best match for these ones has to be someone who is ready to accept them as they are.

Their nature is dynamic, just as it is calm and patient.

They are open and direct in their intentions, but at the same time gallant and noble in attitude.

The perfect match is someone tolerant and quick minded, open about his or her thoughts and feelings.

Libra Sun Aries Moon are friendly, open and straightforward, but with much more elegance and tact than an Aries. Libra Sun takes care about their general attitude.

Libra Sun Aries Moon are decisive, they know what they want and they rarely doubt their decisions.

They are overall positive people, not afraid of failure.

They are capable of accepting failure and learning something out of it. They are oriented towards finding overall balance in life.