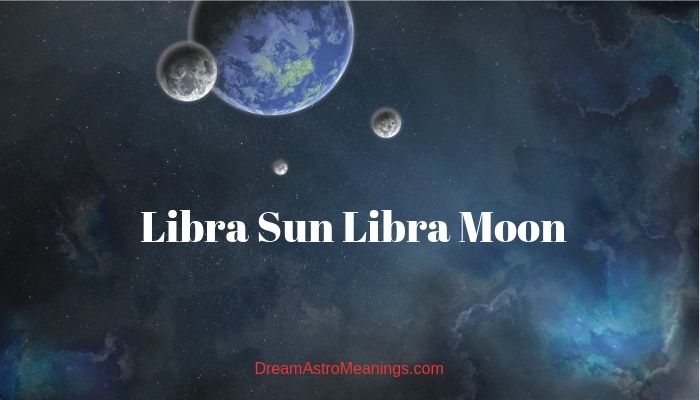 Astrological interpretations are more than knowing your native zodiac sign.

People make a common mistake, identifying the whole idea of horoscope with native signs. They think the native sign is the only thing that defines you as a person.

Possibly, they consider one’s ascendant. Horoscopes are complex and they hide more than that; astrological interpretation reveals much, if done properly.

What horoscopes and natal charts can tell are not concrete, exact facts, but more of guidelines.

They do tell about your personality traits, for example, but speak about them as potentials.

It means one has a potential to be an impulsive and restless person, for instance.

However, it depends on a person how these traits would show up in reality. Being aware of your given traits helps you make the best out of them.

Amongst many elements to consider while doing an astrological analysis of a person’s birth chart and creating one’s horoscope, the Sun usually takes central place.

Western astrology is based on the Solar system, so the Sun makes its central point.

Therefore, it is the first element to analyze in one’s birth chart.

The Sun position is about who you are; it is the essence of your being.

The Sun represents basic personal traits of an individual, being the core of one’s astrological personality. It is a symbol of life and vitality.

The Sun stands for personal strength, self-awareness. Attitude towards life’s challenges. It makes you the person you are in a nutshell.

It is not that simple, of course, because many elements besides the Sun sign play a role in one’s horoscope.

The shiniest of the stars brightens up your personality and life. It makes you conscious, rational and dynamic. The Sun is a creative principle and responsible for one’s creative potentials and motivation.

The house the Sun matches in a birth chart determines the area of life in which one might express the most of his or hers creative potentials and achieve great results.

The Sun signs shape you up as a person and define your basic approach to life. It affects your character, temperament and core personality traits.

Combined with other planets’ influence, signs and aspects, it makes you the person you are and the person the world sees.

There is much more behind it and not one person is an ideal representative of only one zodiac sign.

Balance and harmony are defining terms to describe all Libras. These people are kind, pacifistic and tolerant, but also self-confident and aware of their flaws and advantages.

Libras are compassionate and humanitarian, but they do not let anyone manipulates them.

They see through others intentions easily, being distinctively intelligent and smart. They love people and have a positive attitude towards life in general.

The planet Venus rules Libra, so concepts of love and beauty play a major role in any Libra’s life.

These people are in search for love and beauty in the world around. This search manifests beautifully by itself.

Libras are commonly artistic and incredibly creative; they express their need for love through amazing and unique creations (paintings, music or else). It also reflects on their relations with people.

Libras are likeable and very sociable, kind, polite, pleasant to talk to and friendly. They are humanitarian and tolerant.

People enjoy being in Libras company. These people are hospitable, easygoing and have strong personal integrity.

They are tolerant and would allow more than some other zodiac representatives could even imagine.

Their generosity and opens does not come from indecisiveness and insecurity, which one might think, but exactly the opposite.

Libras’ positive energy and laidback attitude come from their integrity.

They do not bother with what others think of them and are open to hear others’ opinions. They are peacemakers and great diplomats.

Libras avoid fight and aggression in any form and are capable of finding a peaceful way to solve any problem. They are thoughtful, patient and cooperative. Libras do not like being alone.

Human nature is dual, in a way, especially considering we are beings ruled by both our reason and our emotions.

Just as we have to major supports in our lives, both close to us, but of different nature, our mother and the father. In astrological chart, the Sun and the Moon represent this type of duality.

The Moon is as important as the Sun is, when it comes to horoscope analyses. The Moon is our ‘other’ self, the one beyond all of our consciousness and reason.

There is no actual progress and development, without our Moon energy. It boosts all the qualities given by the Sun.

The Moon is our intuition, our sub conscious self and our spirit.

It has always been associated with magical and mystical powers. The Moon is changeable, its energy flowing and inconsistent, since this planet travels through the Zodiac quite fast.

The place it occupies at the time of our birth defines us as emotional beings. It connects us with the world and the people on a much deeper level.

It also reminds us of our past and allows us to roam across the realm of dreams and imagination.

Balanced Libra is a good place for the Moon. Moon Libras often maintain harmonious relations between their rational self and their emotional being.

They have good intuition and all empathy the Moon provides, but they trust their reason and intellect, not letting anyone take advantage of their warm and caring personality.

That said, Moon Libras care about people. They care for justice above everything else. Moon Libras are defenders of those who cannot defend themselves.

They do not like seeing injustice in any form and would step in, even if it were not of their concern. They are not aggressive in their attitude, but peacemaking and diplomatic.

Moon Libras care about humanity, about the whole of it, but are not distant from their closest ones. They are sociable individuals who need others’ closeness.

They are protective and sharing in nature; Libras do not feel especially good when alone, although it does not make them desperate.

They are not dependant on others, but their warm soul needs some exchange.

These people differentiate their inner voice from their conscious mind; they consider them both when making decisions. They are very romantic people and they enjoy being in love.

Their emotional being is nurtured by beauty. They are capable of finding it everywhere; we could say Moon Libras feel the beauty of the world.

Libra Sun Libra Moon personality is an ideally balanced individual, if aspects are right, of course.

Libra Libra is someone who knows the difference between what their heart tells them to do and what their reason suggest.

More importantly, they know both are essential for any decision.

Double Libras are positive, optimistic and easygoing people. One might wrongly perceive them as being indecisive or insecure.

The thing is, double Libras are patient and do not rush in making decisions. They are probably the most objective representatives of the Zodiac.

They prefer to observe the situation from all angles, to hear all opinions offered, to listen to their intuition and all of this before making any final judgment.

They are in love with the world and they would like to see it harmonious. That is why they care about humanity and justice.

They are tolerant and they believe everyone has the right to be the person who he or she is.

Double Libras are sensitive to injustice more than any native Libra. They are determined to prove the justice and truth always win.

These people are open-minded and open hearted, as well. They are possibly the most understanding and tolerant people there are.

They are good listeners; they offer support and a word of advice to anyone, if asked.

Double Libras are warm and friendly in attitude; they would never want someone to feel low or less important in their presence.

They are humanitarian and kind, but not susceptible to any control and manipulation.

Double Libras can be undisciplined at time, surrendering to their general go-with-the-flow attitude.

It happens that they miss out good opportunities simply because they are kind of an opinion that the universe will see into it, in their place.

They could be too opinionated and insisting on pointing out their own idea of justice, although rarely would they act radical.

Double Libras are caring and protective of their dear ones. They are attached to their family and lover.

They need attention and exchange. They offer the world to their lover, but expect nothing less in return.

They are beings made out of love, ruled by the planet Venus.

They need love, just as all of us need air to breathe. It makes them attentive and romantic ones. They are polite, mannered and naturally charming people.

Double Libras search for the one to make them complete, so their best match has to share some of their qualities and to have some they lack.

It is someone understanding, but not too tolerant. It is someone caring, kind and supportive, but who would not always follow double Libra’s overall laidback attitude. It is someone loyal, attentive, but quicker in making decisions.

Double Libras are people who believe in karma.

They are laidback and patient individuals, open to the world. They enjoy the whole process of social exchange.

They are of humanitarian nature, guided by principles of love, tolerance, justice and peace. They are benevolent and pacifistic people.

Their ideal is the world of peace and harmony. Their attitude towards life is positive; they truly believe there is always something good and beautiful in this world.