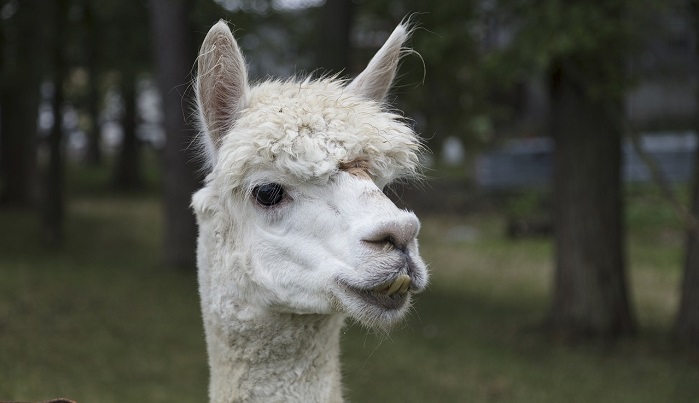 Llamas are animals similar to camels. They belong to the family of Camelidae and they share many characteristics with their camel relatives.

Although we usually think of llamas as single species, there are actually several types of these interesting animals. There are guanaco, alpaca llama, domestic llama and vicuna llama.

These animals have special significance in South America, in Andean region, where they have been an important and essential source of food and help for centuries.

Andean cultures have been appreciating llamas since old times. Only two of the mentioned llama species are domesticated.

For Andean people, llamas are of great help. They use llamas as pack animals, use their skin and fur to make clothing and provide their homes with decoration essential to endure harsh weather conditions in Andean highlands.

Llamas are commonly associated with Incas and Peru, but that is not their original home. Actually, llamas do not originate from South America, at all! They have come to south ages ago, but they originally inhabited parts of North America.

Research and archaeological findings prove these camel relatives lived in Central American plains nearly forty millenniums ago. Another archaeological fact about llamas states that these species were almost extinct far back into the ending years of the Ice Age.

However, llamas moved further south and today they represent one of national animals of Peru.

Llamas have been first described as animals similar to sheep, while, later on, it was discovered they are actually related to camels, not sheep.

Well, yes, llamas have that incredible warm and thick fur that appears similar to sheep’s, but that is the point where all similarity ceases.

Not only they are true natural phenomena, but also llamas are animals with great spiritual and symbolic potential to people. 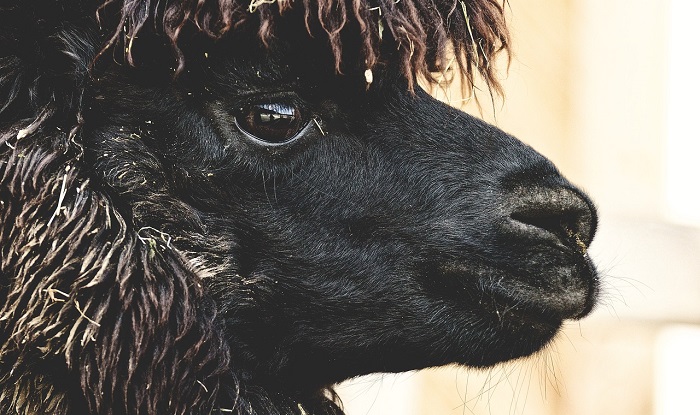 Llamas appear gentle and docile, but their nature is completely the opposite. Llamas are tough animals and could be incredibly stubborn and disobedient! Llamas appear totally relaxed and calm, most of the time.

They also look fragile and soft, but, in fact, these furry camelids could endure much worse conditions then some of the strongest predators. They live in southern hemisphere, meaning they inhabit warm climate geographical area.

However, Andes are high and weather conditions are harsh.

Llamas are perfectly adapted to windy, cruel South American plateaus, they have strong bodies, special, thick fur and they are perfectly capable of moving through these unwelcoming landscapes.

They could also carry loads that weight above thirty kilos. Moreover, they could carry it for over fifteen miles.

Although people have been using llamas as pack animals for ages, they had first to understand the animals; a llama would never carry a gram more of load if it feels like it is too much.

If you put a load that is too heavy on a llama’s back, the animal will just stand there, refusing to move on.

Llamas do not like to be treated that way and they would even attack you, if you try to put too much weight on them. If you remove some of the weight, llama will be pleased and it will move forward.

What is even more interesting about llamas is that they could make expressions with their tongues and faces, in similar way we humans do.

They would spit someone they do not like or stick their tongue out, if they are dissatisfied with how you act towards them. Well, both llamas and camels are known for this kind of rudeness.

Do not challenge their nerves! Before we pass on interpretations of llama symbolism, let us tell you amazing story on how llamas got their name.

Historical data claims the term ‘llama’ is of Quechan origin, meaning it was used by Incas before European visitors came. However, Europeans tell a romantic story.

According to this legend, when they first saw the animal in America, they have kept repeating ‘Commo se llama?’, which is the Spanish for ‘What is its name?’.

Form this legendary misunderstanding, we got ‘llama’ as a name for this intriguing and, at that time, a strange animal to Europeans.

Llamas symbolize several things. These calm, steady and tough charming animals represent pride and confidence. Llamas are proud animals and could be very moody. However, people respect them very much, exactly for being so tough and self-confident.

Even captive, domesticated llamas keep their spirits wild; you cannot treat them as common cattle, never.

They would either spit on you or simply refuse to obey. You should be nice to llamas. Llamas represent pride, self-confidence and dignity.

These enduring species represent persistence, survival, adaptability and strength. As we have mentioned, they could survive incredibly harsh conditions. Llamas are tactful and clever about their energy, which is the lesson we should learn from them.

Saying that, llamas also represent spite and stubbornness. For Native Americans, this amazing animal is a symbol of spiritual protection.

Since these people have been dependant on llamas for ages, they admire and appreciate incredible llamas and are thankful to them. They believe llamas possess special, protective and magical powers.

Llamas were associated with Incas’ royalty and many of their nobles would be buried with certain parts of llamas’ bodies.

As a totem animal, llamas are amazing spirit guides. They are believed to offer guidance and protection.

Moreover, there is much you can learn and get from your Llama totem. Llama totem teaches us persistence, endurance, not wasting your own energy, calmness, patience and courage.

People born under this totem are determined, strong-willed and they would never let others decide what they are to do.

Llama individuals are some of the most focused and steady people.

Llama people are cheerful, sociable and easy going. However, they are not naïve and not to be manipulated. They are perfectly aware of their own qualities and capabilities, so you cannot persuade them to do something they believe is out of their might.

They push themselves hard, but would rarely cross the border, which could lead them completely to break down. Llama people are good planners, but they mostly rely on their intuition, which is delicate and sensitive.

These people are playful and they love to have fun with others.

However, when the times are tough, they do not run away. They are kind and supportive of those they care for. Llama individuals are rather practical than imaginative; more of doers than thinkers.

When it comes to flaws and weaknesses, Llama personalities are considered stubborn ones.

They are incredibly charismatic and fun to have around, but once they put their mind onto something, it is unlikely they would give up, even if they realize they are wrong. Their proud spirit does not allow them to admit they are wrong.

Perhaps you should work on that, Llama person.

It is good to be determined and focused, but try to be more flexible and understanding of others.