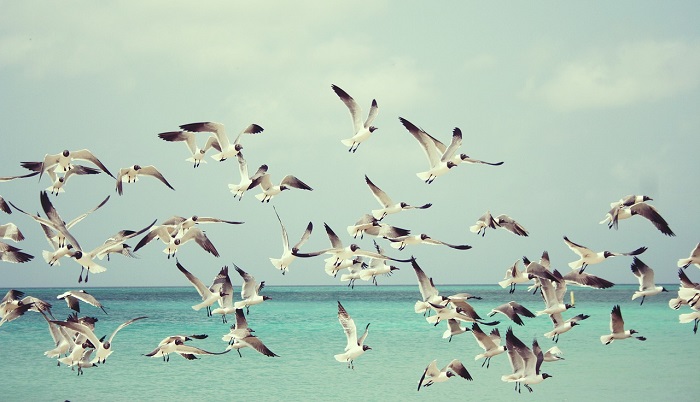 Do you believe in lucky omens, such as finding coins on the road, or feathers in unusual places?

People have attributed fortunate meanings to many occurrences which they experience, and signs of good luck were often seen in the appearance of particular animals and birds.

Birds were considered as messengers from the other realms since ancient times. Some birds are, even till these days, considered an omen of ill luck which could befall on the unfortunate individual who happens to have an encounter with such a bird.

Other birds, on the contrary, are considered a sign of good luck and happiness.

In this text we will talk about lucky birds, i.e. birds that are considered a sign of good luck in the days to come.

Here is a list of ten birds that will bring a smile on your face next time you see them: 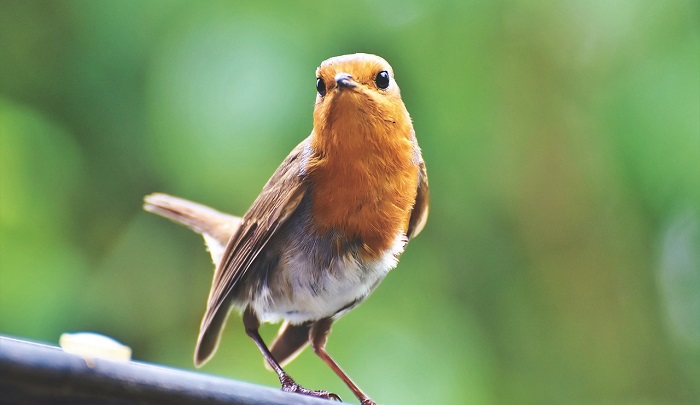 The robin is a small bird, only 14cm long. It lives all across Europe. These birds are prominent in the English and French folklore. This bird has a combination of white, grey, brown and orange feathers.

Their breasts are orange. According to one English folk story, the robin sang to Jesus while he was dying on the cross, and the blood from his wounds covered the robin’s breasts and created the orange marking.

This bird is also a symbol of Christmas. Although small, it carries a powerful symbolism. Among others, it symbolizes opportunities, new beginnings, happiness and good luck.

It is believed that when a wish is made when you see a robin, that wish will soon come true. Seeing a robin indicates experiencing some good luck soon.

Pigeon or a Dove 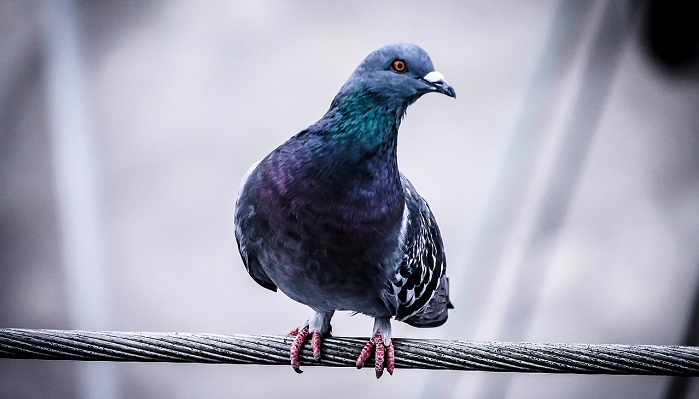 Pigeons and doves are similar birds, although doves a bit smaller than pigeons. Both these birds have similar symbolism and are considered an omen of good luck. These birds usually mate for life, and for that reason they are considered a good omen regarding our love life.

Primarily, seeing a pair of pigeons or doves symbolizes luck in love. It can be an announcement of an engagement or a marriage, or some other good luck relating to your relationship life.

They might also be a sign of new romantic encounters as well as the beginning of new relationships. 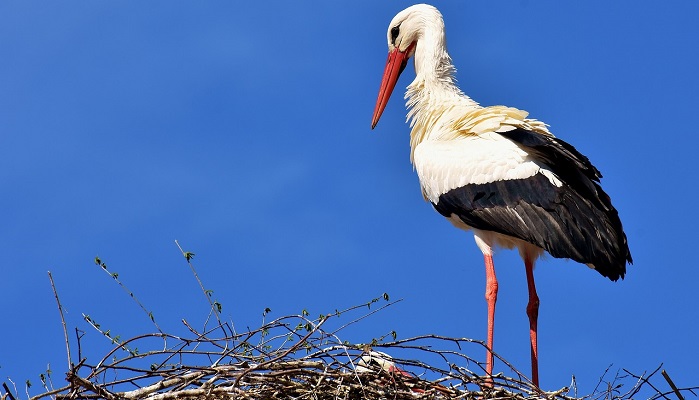 Storks are large birds with large beaks and long legs. They are monogamous birds, known for returning to the same nest for years. They are mostly migrating birds.

We all know the story of storks carrying newborn human babies in their beaks. There are many possible explanations of this story’s origin. It is believed that it started in Germany centuries ago.

The stork is considered an omen of good luck, and it is especially considered a very fortunate omen when a pair of storks makes their nest on someone’s roof.

It is believed that the couple living in that house will soon be expanding their family. The stork is also a symbol of fidelity, family, and new fortunate opportunities. 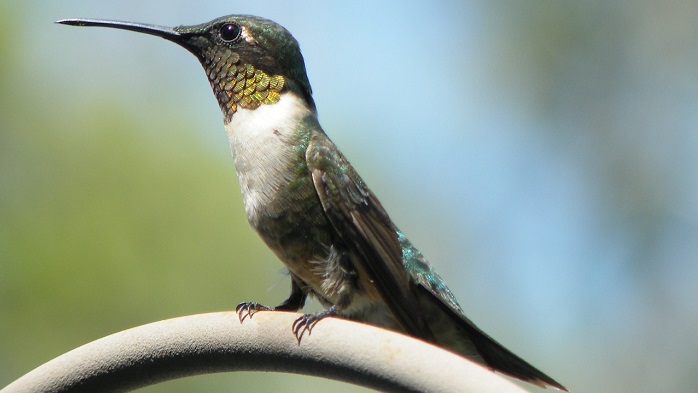 They can fly very fast with speeds of over 15m/s. they are also known for their long tongues with tubes they use to drink nectar from the flowers.

These birds are considered an omen of good luck. They are an encouragement to begin pursuing the dreams that seem impossible for you. Seeing one is a promise of success of your endeavors.

It is always a good sign. They symbolize love and happiness are coming your way. 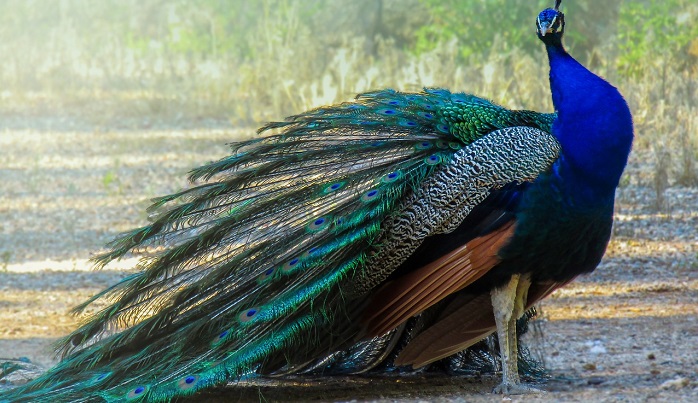 A peacock is a male bird from the species peafowl. The females are called peahen. The males are known for the beautiful feathers in their tails which serve to attract the females.

Although according to some beliefs and superstitions, peacock feathers in the house represent an omen of bad luck, in many cultures around the world, peacocks are considered a very fortunate omen.

They symbolize wealth and prosperity. They are considered a symbol of royalty as well.

Seeing a peacock could be a sign of prosperity approaching and that is indeed good luck and a reason to be happy and excited. 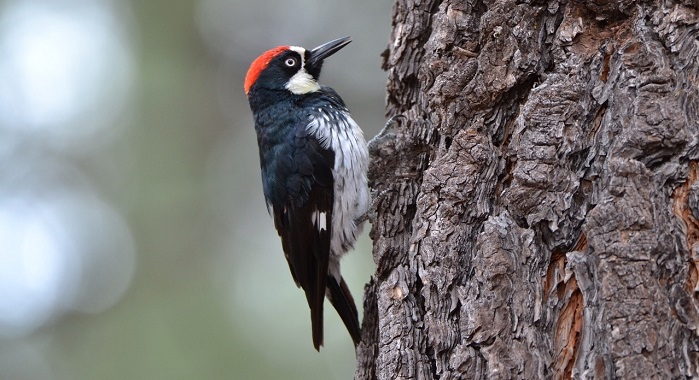 Woodpeckers are birds spread almost all around the world.

They usually live in forests and habitats where there are trees. They are mostly known for their unusual behavior. They use their beaks to penetrate through tree trunks or branches in search for food or excavating holes for their nests.

While doing that, they produce a reverberating sound which can be heard at a fair distance.

Woodpeckers have a good symbolism attached to them. They symbolize new opportunities and communication.

When you see one, be sure that it carries a message of good fortune coming your way soon. 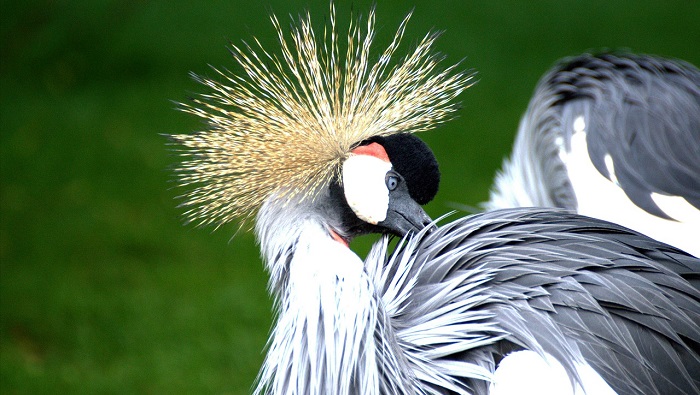 Cranes are elegant and graceful birds. They are present on almost all continents, but today they are considered endangered. These birds have a prominent role in the symbolism and culture of eastern countries.

They are social birds, living in large flocks. They are also family oriented and monogamous.

Because of these traits, they were considered symbols of fidelity, lasting love and commitment, since ancient times.

They are also symbols of longevity, good health, happiness and good luck.

Mostly in Chinese and Japanese culture, they are depicted as symbols of marital fidelity and love, usually in paintings where a pair of cranes is depicted. Seeing cranes often indicates prosperity and abundance coming in your life soon. 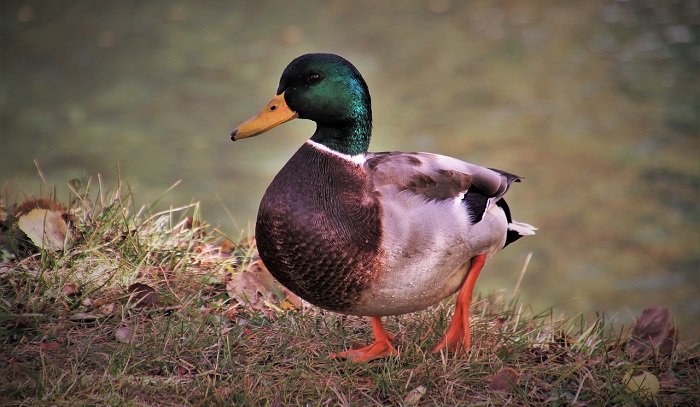 Ducks are mostly water birds. Depending on the species, they can live in fresh and salt water.

A duck is a name used for a female bird from this species, while the male is called the drake.

Both wild and domesticated species exist. Ducks are symbols of wealth, prosperity and good luck. They are also a sign of love and commitment. Mandarin ducks are a wide0known symbol of love and devotion, especially in China, Japan, and South Korea.

They are often made into little figurines or paintings, which people keep inside their houses to attract love, commitment and fidelity in their lives.

If you hear a duck quacking, expect progress and abundance coming your way. It is a sign that things your life will change for the better soon. Seeing or hearing a duck is indeed a sign of encouragement. 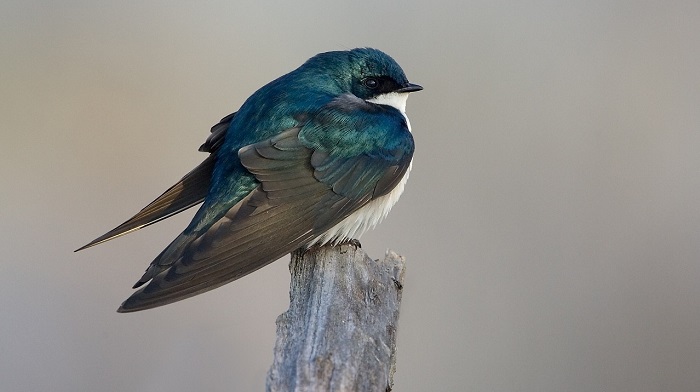 Swallows are birds spread all around the world.

They are very adaptable and can survive in various habitats. They are skilled flyers and they usually form large flocks during migrations. They are monogamous birds, and both partners participate in building their nest, which they reuse year after year.

It is considered a sign of great fortune when a pair of swallows builds a nest on someone’s house.

It usually foretells love and marriage or even the expanding of the family in the coming period.

Swallows are a symbol of love, prosperity, and good luck. Seeing a swallow up close is considered a very good sign. 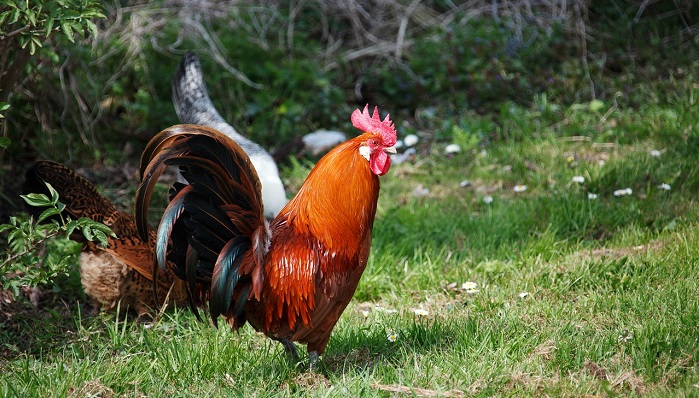 Roosters are adult male chicken. This term is mostly used in Australia and New Zealand, and the United States. They are mostly known for their unique crowing, usually at the break of dawn but throughout the day.

A rooster often climbs of higher surfaces such as fences or other objects and crows. That way it demonstrates its domination over a territory.

These birds have been considered an omen of good luck since ancient times and in many cultures throughout the world.

Roosters are also considered as signs of prosperity and abundance, and because of that roosters were often depicted in houses to attract such fortune to the family living in the house.

A rooster was also considered an omen which chased away evil powers from people’s homes. Seeing a rooster is a sure sign of good luck coming your way.

The birds on the list are sure bringers of good luck, but talking about good luck birds we mustn’t forget some other birds, such as: the eagle, which also symbolizes success which is a certain sign of good fortune; the hawk, which symbolizes focus and achievements of your goals; seagulls, which indicate happy and fortunate journeys, wagtails, wrens, and many other fortunate birds.

Next time you spot one of these birds, be aware that there are plenty of reasons for you to smile and be happy.