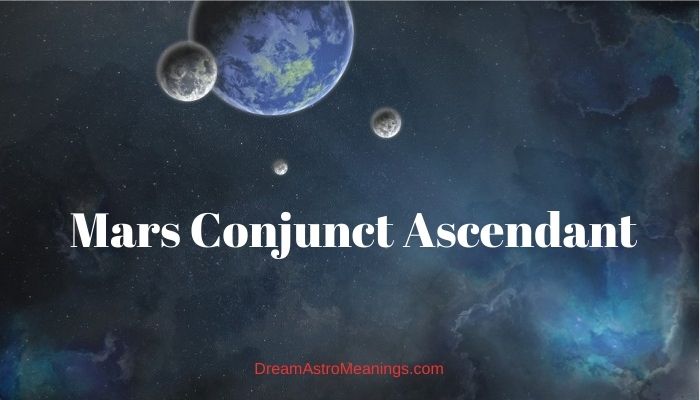 If in connecting the astrological symbolism of a planet one should not be completely tied to the mythological background, for the reason that the meanings of the planets were derived long before their mythological story, we simply cannot but pay attention to the relationship between Ares and Aphrodite.

In astrology, it is true that only Jupiter can adequately mitigate the maleficent of Saturn.

Like most planets, it has two domiciles – one day and one night. His daytime domicile is in the fiery Aries, and his night domicile in the fixed, water Scorpio.

It is not ordinary water, like the one in Cancer or Pisces.

It was boiling, hot water, waiting for a moment to gush like a geyser.

He is exalted in the domicile of Saturn – in the sign of Capricorn. Although Saturn and Mars are not friends, Mars in Capricorn manages to give its maximum persistence, strength and endurance.

Unlike the cardinal Aries, which is more impulsive and whose energy is wasted more, in the female, earth Capricorn, that energy is more stable and focused, but its manifestation is also somewhat slower.

It is poorly placed in the signs that Venus controls. The goddess of beauty and love, who longs for partnerships, who does not love work but enjoyment, does not create an environment in which Mars feels good; Libra vs. Aries and Taurus vs. Scorpio.

Two opposite principles, male on the one hand and female on the other, in constant alternating attraction and repulsion; with a tendency towards unification and then towards disintegration.

Therefore, it is good to see that these two planets in the natal chart are connected by a good aspect because it is one of the symbols of potentially good male-female relationships. Know one thing – a fire burns quickly, but if you don’t add fuel to it, it goes out quickly.

If you have a person of the nature of Mars next to you, just let her throw out the excess fire. And after that, everything will be as if nothing happened again.

The ascendant in the chart symbolizes your projected ego, the nature of your interaction with the environment, and therefore your personality.

Through the Ascendant, you act and react to questions and events in the world around you. This interaction changes in a certain way when the planets connect with your Ascendant.

If you think in terms of time rather than degrees, this variability in the magnitude of the orb becomes logical. Aspects that never become precise tend to have much less impact than those that become precise in progressions over the course of a person’s life.

This does not mean that he has no influence, but Saturn, Jupiter, or any of the inner planets (in direct motion) in the same position will reach the Ascendant and go to the first natal house.

Their influence will be more visible in your life, as they will come out of the closet and for a large part of your life will exert influence from the first natal house.

Depending on the position and aspects, sometimes those ambitions are overemphasized, so someone rushes and breaks, not giving in to anything; he exposes himself to dangers and risky situations to make his name immortal. The combativeness of Mars and ambition also reveal its competitive spirit.

Due to its malefic nature and awkward temperament, Mars is associated with all types of conflicts, whether verbal or physical conflicts, which will of course determine its position and contacts with other planets.

In modern astrology, many of Mars’ features are associated with Uranus, like something acute and sudden, unpredictable, like explosions and various modern weapons. But, traditionally, all that is in the symbolism of Mars – the god of fire and steel, as well as anger, rage, impulsiveness, impatience, bad manners, mean and insulting words over which he loses control.

And travel to foreign countries and loners and bad company. And divorce and unclean sexual relations and the one who jokes and who has no peace. It also signifies a woman’s menstruation, as well as divorce and loss of the fetus and removal of the fetus from the uterus [abortion] and premature birth.

It may be interesting to some – traditionally, Mars is a planet that is also associated with travel. Logically, because as a planet it means nomads, constant movement and action, unrest, and all that is connected with travel. He is the co-signifier of the 3rd house of travel, but also of relatives, primarily brothers.

Rhetoric Egyptian says that Mars and Mercury share control over the mouth, and we can freely say – over what comes out of them. And don’t be confused by the loneliness that Mars signifies – he is an individual, he is not a planet of love togetherness, marriage and relationships.

And he rules over the middle brothers and those who manage animals and veterinarians and shepherds and those who see wounds and masters of steel and their work.

We find something similar with Bonati, who especially emphasizes medicine and surgery and all its forms. Due to the connection with diseases, i.e. treatment and operations, Mars is looking forward to the 6th house of the horoscope.

In modern astrology, this house is often identified with health, which is completely wrong. Health and vitality belong to the 1st house, and this house that does not see the Ascendant represents diseases.

Mars is better in night maps because at night its heat and dryness are alleviated. Therefore, it belongs to the nocturnal planetary sect together with Venus and the Moon. If it is much emphasized in the daily charts, then it is unbearable.

Connection is a complex aspect, since it gives the strongest pressure of energy that requires immediate implementation in social activity.

If the native does not understand this, nervousness, irritability arises, and on the external plane – the destruction of global plans. This is especially true for the owners of the conjunction of Mars and the Ascendant.

The warlike planet endows them with unbridled courage, willpower, physical endurance and enterprise, and if these qualities are not found worthy of useful use, injuries out of the blue and fights over nonsense begin to happen. The influence of the Mars-Ascendant conjunction on the fate of the Native is a leader who welcomes confrontation with competitors.

Fear is unknown to him, but the excitement and anticipation of victory over the enemy inspires and fills with energy. He will wither away in a quiet job in a friendly team. He needs rivals for adrenaline, and bringing criminals and intriguers out into the open is a favorite pastime that gives a feeling of fulfilling a noble mission.

In its highest manifestation, the conjunction of Mars and the Ascendant forms a crime fighter, warrior and athlete with a firm code of honor, fighting by the rules and merciful to the defeated enemy.  At a low level – a bully, a fighter, an egoist and a criminal who violates law and order for the sake of selfish desires.

When Mars is in the 12th house and burdened with negative aspects, ill-wishers can play a fatal role if the native does not learn to curb primal instincts: anger, anger, a desire to solve the problem with fists, and not hard work and perseverance.

Mars in the 1st house in a similar situation threatens with head injuries and gunshot wounds, so from an early age you need to cultivate endurance and discretion.

lack of tact, rustic manners, irritability; increased sexuality and appetite, lack of high material needs: content with little in everyday life; adventurism, irascibility, impulsiveness, the desire to defend their own opinion at all costs; the ability to lead, structure chaos and lead people to the exit (if there is a strong Saturn or a good aspect with him); cruelty, lack of emotional empathy and pity.

Of course, all these qualities will be more pronounced when the planet is in fire signs and weaker if Mars is in Cancer or Pisces. A position in Scorpio gives deep leadership abilities combined with strategic thinking and a desire to calculate the options for the consequences of a particular decision.

Love and marriage at the conjunction of Mars-Ascendant A man with such an aspect is magnetically attractive to women. He seems to exude pheromones, to which crowds of fans fly.  He does not have to be beautiful, animal sexuality and charisma endow the image with an irresistible appeal.

Huge energy potential and a painful need for independence make it easy to earn money already in adolescence, which adds desirability in the eyes of ladies. Personally, he needs finances only to maintain status and freedom of choice, but he will be happy to spend on his family if there are no negative ties with Saturn, but there is support from Jupiter.

However, getting a man with a Mars-Ascendant conjunction as a legal spouse is not easy: he prefers independence and passionate short-term relationships of an adventurous nature. Usually chooses a woman of an athletic type, capable of being a friend and companion without unnecessary sentimentality.

Girls with this aspect suffer from a masculine appearance: wide bones, muscularity, and tough straightforwardness in communication.

They are perceived as their boyfriend, not a likely sweetheart. If they abandon the feminine part of their being, choosing the image of a commander in a skirt, then as a result, hormonal disorders of an androgynous nature may occur.

It is important to develop femininity and flexibility of thinking, without giving up the leadership position and the sport they love so much. Strengthening Venus along the line of the zodiac sign where it stands will help, as well as decorations with red and green pomegranates, carnelian and corals.

Similarly, the maleficent of Mars is the only thing Venus is able to mitigate. In the mythological story of Ares, the only one is Aphrodite, that is. Venus could suppress Ares’s bloodthirsty urges and seduce him and give each other passion.

In modern astrology, Mars is the one most often associated with the principle of sexuality and sexual act, connecting, among other things, with the 8th house. In the tradition, this is not the case, and especially sexual activities and the 8th house have no connection.

When I write about Venus, you will actually see that Venus is the one that describes our desires and desires far more accurately and better in the search for suitable sexual partners than Mars does.

This does not mean that Mars has nothing to do with sexuality, but certainly not in the context attributed to it today.

Mars is the third superior planet, a very active, male planet. In order to visit the Zodiac, it takes him about 2 years, so he stays in one sign for a little less than 2 months on average.

It is retrograde every other year in the next sign, and then it is much more malefic than when it moves directly.

In terms of temperament, he is extremely choleric, very fiery and angry with emphasized qualities of warm and dry.

It releases strong tension forces, which produce acute actions, combativeness, the need to expand and conquer, like a flame that swallows dry vegetation.

Mars is malefic, hot and dry, fiery, choleric, bitter [to taste], beautiful, strong, controls the gallbladder, kidneys, muscles and testicles in men… And it signifies youth and strength and sharpness of mind, also everything that is hot and fire and that burns and everything that happens suddenly.

The king of power and intelligence and the commands of leaders and armies and the king’s [military] allies and governs injustice and oppression and war and killing and fighting and courage and fortitude; and a longing for fame and a name to remember…

In Mars, we actually see all our ambitions and driving energy to stand out somewhere, to show and prove, to leave some trace.