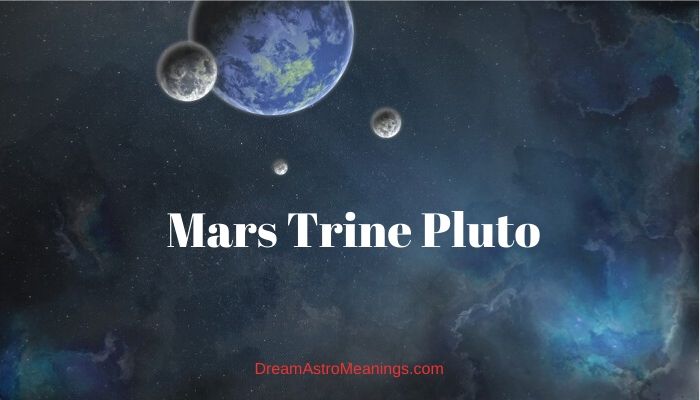 People have understood the importance of planets and their influence on human lives centuries ago. They have observed and noted their influence and from these observations astrology was created.

Astrology uses the knowledge of the planets and planetary influences to determine the personal traits of individuals as well as to determine their future life events. The origins of astrology are in ancient Babylon.

Astrology analysis uses the planetary positions at the moment of someone’s birth or the moment of an event to determine their traits or the possible outcome.

The placements of planers in different signs of the Zodiac and their placement in the houses of the natal chart give a lot of insight.

The relationships planets create with other planets in that moment are significant as well. They are called aspects, and represent certain angles formed between the planets.

Aspects can be harmonious and inharmonious. Harmonious aspects have a balancing role and enable the free flow of planetary energy. The planets connected with such aspects freely express their true nature cooperating with each other.

Inharmonious aspects, on the contrary, block the energy of the planets and disable it from expressing it freely. They create obstacles.

The basic division of aspects is on major and minor aspects. The main or major aspects are sextiles, trine, conjunction, squares, and oppositions.

Trines are harmonious aspects which create a lot of wonderful opportunities for fulfilling people’s desires and achievement of their goals. They are formed when the angle between planets is 120 degrees.

Astrology also specializes in analyzing relationships. It can determine whether a relationship is likely to stand a test of time or not.

Synastry is technique which astrology uses to make relationship analyses. Synastry determines whether people are compatible or not and determines the possible issues they could encounter in their relationship.

Synastry compares the planets in the two charts and determines the aspects they make. It also analyzes the houses where the partner’s planets are placed in the other person’s natal chart. Synastry has other analysis but these basic ones can tell a lot about the relationship.

Aspects should not be viewed separately but as a part of the whole picture.

If they are predominately harmonious, we might say that the partners will make the necessary effort to overcome the issues which might arise between them.

If the aspects are predominately bad, the relationship will probably be a stressful experience for the partners, full of tension and conflict.

It will take a lot of effort and will to compromise to maintain this relationship and it is not likely that this couple will possess such will.

Mars is a small planet covered with red iron dioxide which inspired the nickname of Mars – “red planet”. Mars is similar to Earth and many people believe that in the future life on this planet will be possible for the human species. Some people believe that life was once present on Mars.

Mars is the warrior planet and has a bad reputation. That doesn’t mean that its influence is always bad. Mars can have a good meaning if it is well placed in the natal chart creating strong harmonious aspects with other planets.

In this case, the energy of Mars is fully expressed and gives energy, endurance, determination, leadership qualities and similar traits to the person.

If the planet Mars is in challenging aspects, that could indicate traits such as aggression, violence, brutality, etc.

It rules the signs Aries and Scorpio, and is exalted in the sign of Capricorn. In these signs, Mars has the most power.

People influenced by Mars possess powerful personalities. They are determined and courageous and nothing can stand in the way of their desires. When Mars has challenging aspects, this makes the person aggressive and prone to violence.

This person could also have domineering nature prone to controlling others. These people also tend to be provoking, impatient, rude, competitive, and intolerant.

Pluto is a dwarf planet; an astronomical body which lacks all the traits of a real planet. Pluto lost its planetary status due to that. In astrological terms though, Pluto is still considered a planet with great significance and impact.

Pluto symbolism is related to subjects like death and dying. Pluto, the god Pluto shares its name with, was the ancient Roman god of the underworld. In astrology, Pluto rules death and rebirth, regeneration, and transformation.

Pluto’s transformative events change people’s lives forever. Pluto often takes away something only to make space for something new to come.

People who are under Pluto’s influence tend to experience major transformative events during transits and progressions which trigger their Pluto in some way.

Like Mars’s energy, Pluto’s energy is violent and destructive. Pluto symbolizes catastrophes and events causing destruction. Pluto is also the symbol of waste and rotting. It is a spiritual planet and symbolizes our soul.

People influenced by this planet are usually intuitive and have special powers to see through people’s intentions and read their thoughts. These people cannot be fooled. They are masters of uncovering secrets.

Pluto in the natal chart indicates areas where the person could experience events and issues of Pluto nature. These are usually transformative in nature.

If the aspects of Pluto are beneficial in general, its influence will bring transformational changes that will be dramatic but will improve the person’s life. If the aspects are challenging, the changes might have a devastating effect and be the cause of disappointment or despair.

Pluto people could be prone to dominant and controlling behavior. They could also be subject to others controlling and manipulating them.

Pluto’s lessons might teach them to get rid of the need to control or stop allowing others treat them in such a manner.

Pluto is a social or generational planet whose impact is visible on a global scale, causing major transformations in our society usually in the areas ruled by the sign Pluto is currently transiting through.

Mars trine Pluto aspect between the charts of two people creates a powerful bond between them. Mars is the ruler of intimate relationships, passion, aggression, and similar matters. Pluto rules obsession, intensity and transformation.

This connection in a harmonious aspect such as trine creates a passionate and intense relationship, where either partner or only Pluto might become obsessed with each other and their relationship.

There is a strong attraction between them and they cannot keep their hands off of each other.

They are both powerful personalities, but fortunately the trine will diminish their desire for competitiveness and fight for supremacy and leadership in the relationship.

They are both prone to conflicts and fighting for what they want and this is why it is necessary to realize how important is to control their reactions and cooperate to maintain their relationship.

The problem can arise if they both want to dominate and have a character prone to controlling.

It will be difficult to them to realize and accept that neither of them cannot be controlled or manipulated in any way.

These people are very intuitive and they could communicate without speaking. They instinctively know what the other side wants and they enjoy having someone who can be a suitable match to their qualities.

If Mars or Pluto have challenging aspects they might be prone to provoking the other partner and causing conflicts, but this will fortunately won’t last long.

They both admire each other’s strength. Mars is attracted to the mysterious Pluto personality. The main difference between them is the fact that Mars is very direct and open about his intentions while Pluto is very secretive and doesn’t want to reveal his cards.

Pluto might try to discover all of Mars’s secrets without revealing anything about him. Mars could get upset because of that which could cause minor conflicts between them.

Sometimes, if Pluto is in heavy affliction from other planets, the Pluto person might try to provoke or manipulate Mars to do something they don’t want to do. Fortunately this aspect tends to diminish the chances for conflict arising between them.

This relationship has a transformative effect on both partners, especially Mars. Both of them are very passionate, and Mars’s strong appetites are not easily satisfied. Pluto satisfies their needs completely.

This relationship consumes them both and they might be overwhelmed by its intensity.

Pluto will inspire and motivate Mars to cross their boundaries and reach unimaginable depths. Under Pluto’s influence, Mars might gain the courage to pursue their most ambitious goals.

These two can achieve many things together. If they decide to cooperate and join their forces, there’s nothing to stop them to achieve whatever they set their mind into.

This is a good relationship for business partnerships if the partners are wise enough to put their ego and desire for domination aside. If they manage to do so, they could reach incredible heights and their partnership will be rewarding in many ways.

They can be very supportive of each other. Pluto will give Mars the necessary support to go after their dreams, and Mars will support Pluto through their episodes of darkness and depression. This partnership is strong and will stand the test of time.

The trine aspect between someone’s Mars and other person’s Pluto creates a strong bond between them.

If this is a romantic relationship, the physical attraction is very intense. Even if this is not a relationship of that kind, both of them will feel attracted to each other and feel mutual admiration.

This contact satisfies the partner’s strong needs for an intense physical connection with their partner. This is especially true for the Mars person who strongly desires a partner they could physically merge with and become one person.

Both of them have strong and dominant personalities, and the main problem in this relationship will be to learn controlling these urges.

Especially the Pluto person might be prone to exhibiting such behavior which could annoy the Mars person very much.

These two are different personalities; Mars is open, and Pluto is secretive. Pluto loves secrets and will do anything to find out everything about Mars but will reveal nothing about him.

This could upset Mars who cannot understand the need to being secretive in an intimate relationship such as theirs. In time, Pluto might relax and find it easier to begin talking about them.

Mars might help Pluto get rid of some deeply buried negativity from the past, which caused insecurities and desire to protect them from being hurt. Pluto in turn might help Mars to go after their goals and boost their ambition.

If they learn how to cooperate and suppress their urges for leadership and control, this could be a long-lasting and prosperous relationship.

If they join forces, these two can achieve anything they desire. This is a good business partnership.