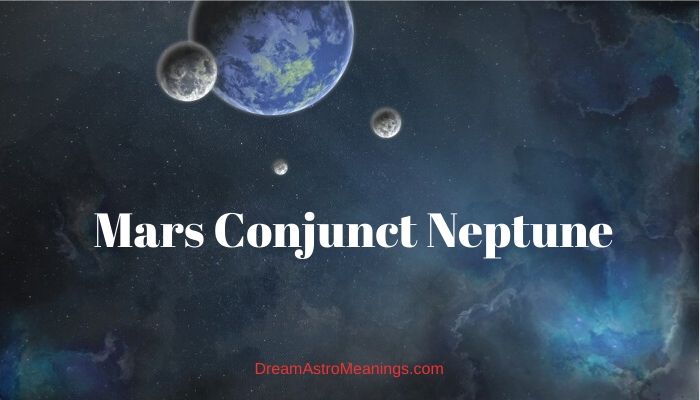 Astrology is the art of deciphering the influence of the planets on humans as well as the world in general. This is a very old discipline, whose origins date back to the ancient Babylonians, several centuries B.C.

Astrology focuses on planetary positions in a certain moment of time such as a significant event, someone’s birth, or some other moment.

It then analyzes the planets in the signs and houses of the natal chart made for that moment, as well as the aspects these planets are making.

These positions give a lot of insight about someone’s future, as well as their character, desires, and choices in life.

The aspects are especially significant in this analysis. They represent relationships between planets formed when they are at a certain distance from one another. The main or major aspects are the most significant for astrological analysis.

Minor aspects are also important when they are exact. Major aspects are conjunctions, squares, trines, sextiles, and oppositions.

Depending on the aspect there is a tolerance in degrees called orb. Aspects differ in nature and can have a benevolent or malevolent influence.

Conjunctions are powerful aspects occurring when two or more planets are placed in the same degree or have 0 degrees distance. The tolerance for conjunction is max 10 degrees.

The conjunction is neither a favorable or negative aspect per se. Its nature depends on the planets which form this aspect.

This aspect amplifies the energies of the planets that are conjoined together and as a result amplifies their good or their negative energy.

Astrology can also determine whether people are compatible or not. It does that using a technique called synastry.

Synastry determines the aspects between planets and it also analyzes the placement of the planets in the natal chart of the partner to see the areas where the relationship influences them.

There are many other techniques synastry uses, and these are just the basic ones.

When the planets of two people are connected with harmonious aspects, such as trines and sextiles, and in some cases, conjunctions, the relationship tends to flow and is a satisfying experience for both people. They eagerly make compromises and are tolerant to each other’s differences.

When the planets in two charts make challenging aspects the relationship is likely to be a stressful experience for the people involved. This relationship requires a lot of compromise, which the parties are often unwilling to make.

It might indicate problems and issues that can be difficult to resolve. In such relationship usually one side suffers more, but it doesn’t have to be the case.

Relationships with challenging aspects don’t always end in a breakup, but their lasting power comes with a cost, which is usually the suffering of one or both sides.

Mars is a planet with a fearsome reputation. Mars is a small planet, sometimes known as a “red planet” due to the red oxide which covers it. This planet has a lot of similarities to our planet, according to scientists.

Many people believe that someday life will be possible on Mars.

According to some theories, life was present on Mars in the distant past, and in fact, our origin comes from this planet.

In astrology, Mars rules destruction and war, just like the ancient Roman god it borrowed its name from.

This planet rules Aries and Scorpio, and is exalted in Capricorn.

When transiting through these signs, Mars has the most energy and power. It travels through one sign during a period of two months.

Mars is a powerful planet, which makes people who are influenced by Mars very powerful people.

These people have strong personalities, and when their Mars receives challenging aspects from planets which are also of destructive nature, the person can be violent and prone to aggression.

Neptune is a big planet, opposite to Mars. This planet is also very cold, with interior made of ice and rocks, and composed mostly of hydrogen and helium. Neptune is the god of sea and water in the ancient Roman pantheon.

In astrology, Neptune is also the ruler of water and the sea, and all matters related to water.

Neptune rules the sign Pisces. It is responsible for bringing confusion in our lives, especially for those who are influenced by this planet in their natal chart, usually people with Pisces as their Sun sign or their Ascendant.

Neptune people are emotional, dreamy, artistic, but can be prone to deceptions, lies, manipulation, confusion, etc. They can either be great manipulators and liars, or they could be easily manipulated.

If Neptune in a person’s chart makes challenging aspects with other planets, that is usually a warning sign. Such aspects could cause nervous disorders, addictions, irrational behavior, isolation, criminal behavior, psychic illness, and similar issues.

Neptune rules religion and religious figures and authorities, and it can cause the person to be religious or even chose an occupation somehow related to religion.

Neptune can also give the person psychic abilities and strong intuition. Neptune is also the ruler of secrets and secret knowledge, and often gives the person interest in these matters.

Neptune takes years to go through one sign and is considered a generational planet. It induces social changes and transformation of beliefs, often religious beliefs and changes in relation to religious matters.

Mars and Neptune making a conjunction aspect between the natal charts of two people is a challenging aspect which will color the relationship with its traits, especially if the aspect is exact.

When two planets form a conjunction aspect their energy is amplified, and in this case, this is the energy of Mars and the energy of Neptune. All their traits become accented.

Mars rules physical attraction and aggression, and Neptune is the planet of fantasy, illusions, and dreams. In conjunction, these two planets could cause strong and magnetic attraction between these people. This relationship is intense.

This could also provoke a strong romantic attachment mixed with Mars and Neptune qualities.

The Neptune person in this connection could be prone to admire Mars’s strength and perceive them as their protector and someone they could shield them from the evils of the world.

Neptune cannot brag about being decisive, courageous, or standing firm on their feet, and Mars person is just the opposite.

In this connection, the Neptune person will usually idealize the Mars person even when he obviously doesn’t possess the traits he is being admired for.

Mars usually has a dominant personality and he is organized and determined, all of which Neptune lacks. Mars will enjoy showing of in front of Neptune who in his presence becomes aware of their differences and realizes that he is very attracted to these Mars’s qualities.

In many cases, this relationship will have a strong physical connotation and in some occasions, it might have a violent character as well. Sometimes, these two cannot keep their hands off each other, and in some times, one or both sides will feel aversion to the other person.

The imagination will most likely be lit with this contact. Neptune rules illusions and imagination, as well as fantasies, and in this case, they might become overwhelmed with thoughts and desire for the Mars person, imagining them in various scenarios.

Neptune usually has a submissive character, and Mars is usually dominant, and they might fulfill each other’s needs through this contact.

Neptune feels relaxed to talk about his desires to the Mars person and Mars who also has a vivid imagination regarding physical pleasures, will certainly understand Neptune. Mars will enjoy being the dominant partner and that will boost his ego which craves for approval and applause.

A relationship with this aspect between two people will often have dependency issues, where the Neptune person is likely to be the dependent one.

Sometimes Neptune confused behavior or general traits might frustrate the Mars person who might express outbursts of anger and aggression towards the Mars person.

In some cases, when Neptune is in challenging aspects, it might be inspired to play the role of a victim, trying to manipulate the Mars person.

The Mars person could actually be fooled by Neptune, but it will not take long before Mars realizes Neptune’s intentions and puts them in their place.

In some cases, this aspect might indicate a situation where the Neptune person might provoke Mars person and tease them, without any intention of being intimate with them.

Such behavior might really push the Mars’s buttons and make them extremely angry, which in worst cases might turn violent to outbursts and expressions of Mars’ dissatisfaction with being treated in such a manner.

Sometimes, Mars could be very disappointed by Neptune’s dishonesty and attempts to manipulate them or lie to them. In general, Mars is very honest and straightforward and cannot stand liars and dishonest people.

If they spot these traits in the Neptune person this might cool Mars for good and make them leave the relationship because they cannot be with someone they cannot trust.

When two people share the Mars conjunct Neptune aspect between their natal charts, this aspect usually indicates strong attraction and magnetism (at least on the side of one partner). There are often romantic feelings and physical attraction mixed together.

The Neptune person might be delighted with their Mars partner who is strong and decisive, all the things that they lack in their personality.

Mars usually has a dominating nature which Neptune considers very appealing because they have submissive nature and they need someone who is strong and dominant to feel secure and satisfied.

The problems might arise if Neptune has challenging aspects and the person is prone to distorting the truth and manipulating Mars, which might be the reason for Mars person to end this relationship without much explanation.