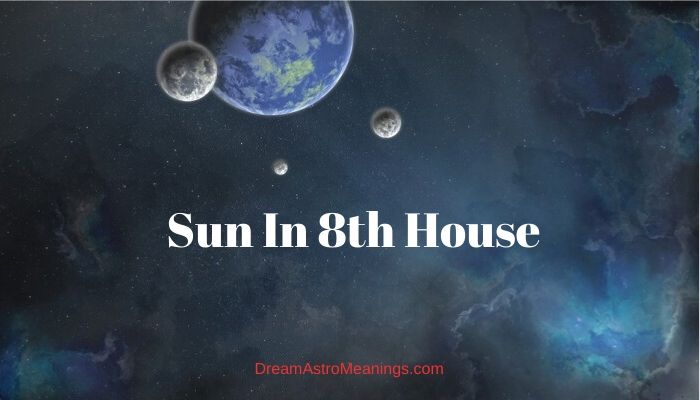 Beautiful life giving Sun is the most celestial body to our beloved planet Earth. The Sun has always been a subject of many beliefs, besides the scientific approach to cosmos and the universe we live in.

In very old times, the bright, golden Sun was deified, associated with many mythological characters, stories and gods themselves.

There were Greek god Helios, Roman Sun god Sol, Persian Mithra, Egyptian god Ra and many more. The Sun has been glorified, adored and worshiped since ever and for a good reason.

We know today that without the Sun, there would be no life as we know it. The Sun gives us warmth, light and stimulates growth and the life as it is.

According to a Greek myth about Helios, this beautiful god lived in a golden palace and, each morn, he would ride out in his Sun-bright chariot, to give us his warmth and his lovely rays, to give us life and awaken the earth. Helios was much adored by the ancient Greeks. Romans celebrated their Sun god Sol Invictus, the ‘unconquered Sun’, during the later years of the Empire.

Sol Invictus was a patron of Roman soldiers and there were confused data upon whether the celebration of this deity, on 25th December, was meant to honor the solstice, as it would be expected, or it was not the case.

However, we could say that the name of the deity itself does tell about the power people would generally attribute to the Sun.

The Sun in astrology represents a masculine principle, as one may assume from previously mentioned. This luminary is the ruling planet of Leo zodiac sign. As astrology counts ten celestial bodies as ten planets, the Sun and the Moon are also simply called planets.

The Sun is the first of the personal planets, the first five celestial bodies of the Solar system, Earth excluded, believed to decide upon our core personality traits.

This is the planet of reputation, aspiration, glory, prosperity and progress; the Sun is about self-development, self-confidence, self-consciousness.

The Sun is about our reason and about our activity, about everything we manifest. In a natal chart, the position of the Sun defines one’s ruling sign, one which most of people (wrongly) equate with the whole horoscope.

You know, when someone asks you which sign you were, they take it as your astrological model, profile and it is your Sun sign, in fact. It must be said that the Sun sign does not exactly describe who you are as a whole.

The Sun sign does define your basic traits. Nevertheless, so many more elements in a natal chart one has to consider.

Astrological aspects, planetary positions, relations within the chart, all play their role in making you a complex, unique individual. Astrological houses are very important in each astrological reading.

Let us what they were about and how the Sun ‘behaves’ within the house Eighth.

These fields are houses. Houses represent another type of fields – fields of life. Each house has a specific meaning; they tell about your professional life, family life and more.

Planets inside houses decide upon which way the house energy would manifest, so to say. If you have many planets in one hose, it definitely means one particular area of your life will be very dynamic, for bad or for good, depending on planets and aspects.

Empty houses do not mean those areas of life would remain completely silent; look for the position of their rulers, in order to see how these could manifest.

Houses are divided into groups; there are angular, succedent and cadent houses. Angular houses are the first, the fourth, the seventh and the tenth house and they are ruled by cardinal zodiac signs: Libra, Capricorn, Aries and Cancer.

Houses could also be divided into four categories, by four essential elements.

Each house has specific energy and relates to a specific field of life.

The Eighth House is a succedent and a Water house. Succedent houses, ruled by fixed signs are houses of fixed qualities. These tell about the resources you have and are about steadiness and stability, about values and possessions.

In this regard, the Eighth House is related to other’s possessions, in relation to your own life.  Water houses, to which this one belongs, are about the emotional self.

Water houses are about the deepest yearnings and the experience of the world through feelings. These houses are about your inner life, your intuitive and inner self. Planets you have within these houses would decide upon your emotional profile, so to say.

We have to say that the Eighth House is notorious for its dark nature. Misfortunate and unhappy events are associated exactly with this house.

We could call it the house of manipulation (especially in terms of other’s money), family curses, emotional instability that comes with misery, all kinds of inconveniences and so on.

On the other side of its ‘dark’ side, the Eighth House is about the esoteric disciplines and about karmic astrology.

As all things have their dark and their bright side, so does have the Eighth House.

Mysterious as it is, the Eighth House is also the house of illumination, enlightenment, spiritual awakening and spiritual journey, the house of achieving great hEighths in terms of one’s spirituality and moral strength.

This house represents one’s inner desire and need to lead a moral life and follow the path of righteousness. We could say this is a challenging house, considering all its aspects.

Sun in 8th House – Like Phoenix from the Ashes

Sun in the Eighth House indicates a deeply insightful and a curious personality, with a detective’s attitude towards life, someone of an adventurous and investigative spirit, but also highly emotional.

This personality is incredibly introspective and the need for the introspection is primal, incorporated, inexplicable.

Sun in the Eighth House makes one splendid personality who manifests their qualities in their full blaze, very persistent and endurable.

He or she is capable of transformation and of regeneration and rebirth, in times that require new start. This is someone with a strong desire to prove his or her worth to the world.

Eighth House Sun people aspire to glory, capable of going through countless phases of falling to the deepest darkness and reviving their strength over and over again. They are masters of figurative reincarnation, so to say.

Nothing could keep them down, even if they were deeply emotional and vulnerable, being sensitive and feeling type of people. Their persona is grandiose.

They tend to dominate and often defy authorities. They demand respect and admiration, but they are worthy of it. However, they could be drunk from their desire for power; they could become obsessed with achieving something.

In many situations, the irresistible magnetic aura of these individuals simply blows you away.

These people are passionate, sensible and strong willed. Their senses are all alert, all the time, ready to infuse the life around them. These people do not like things half done or, better to say, half experienced. They take all or nothing. They feed on their sensible experience.

In addition, these Eighth House Sun individuals also present with a very strong desire and need to have their life in their own hands. They literally want it all.

Others could feel their magnetism, without being capable of explaining it at all. They could be quiet, but powerful. We could say they make an impression, without a word spoken.

Another thing – frequent and intense mood changes, marks their powerful aura. They are people of extremes; either they are euphoric or deeply depressed.

There is no middle ground for these sensible and emotional individuals.

They feel it all and deep. Such a dynamic awakens the desire to dig deep into the human psyche and explore the depths of the soul. They often wonder why they feel how they feel.

They want to explore all of their emotions in order to bring them into awareness, with one goal, which is to be in control of them and, by that, in control over their life. It is complex and a dynamic process that could be as difficult as it could feel amazing.

In any case, this inner search leads to transformation and personal enrichment and growth. However, they always feel there has to be more to it.

Sun in the Eighth House commonly indicates a very complex mentality, complicated and conflicted emotional experience, since there are so many of them and they change quickly, as the individual must experience it all.

It is all connected to one’s strong tendency towards introspection and self-recognition.

As we have said before, these individuals have a need to bring all of their emotions to awareness, they tend to analyze them and bring them into light.

These processes are inspired and guided by a deep sub conscious need to transform oneself, in order to become better, more splendid, more perfect, if possible.

Through these transformations, this personality grows, develops, progresses. Eighth House Sun people are true masters of transformation, as they are capable to endure great misfortunes, as well as all kinds of intense experiences, and come out of these reborn.

The subtlest, the deepest emotions, these individuals keep them to themselves. They are magnetic and tend to be flirty. They could be masters of seduction.

However, a deeper connection rarely comes, probably because they have difficulty in expressing their affection in a direct way.

Sun in the Eighth House – A Mystic

Besides their introspectiveness and digging deep through their own inner world, these people are generally interested into exploring the unexplored. Mysteries and secrets of the world are their things.

They are greatly amazed by phenomena that science cannot explain very well. They are fans of all kinds of alternative theories and ideas; their mind is open to all possibilities.

They dwell in between the worlds, one could say. Some of the things these were greatly interested into are symbolism, secret codes, mythology and spirituality, ancient lore, history and past in general, beliefs into life after death, interpretations of the atmospheric phenomena, tactics of manipulation et cetera.

Many would say Eighth House Sun people have tendency towards the obscure and taboo, although they themselves usually do not consider any of these as being ‘dark’, in negative terms.

People with Sun in the Eighth House often tend to discover and reveal a different picture of events that took place in the past; for example, a different point of view on a historical event. They also enjoy dealing with ongoing mysteries and theories.

Sun in the Eighth House synastry overlay is marked by certain transformations on the basic level of the relationship, needed in order to make the relationship sustainable.

The eighth field is related to financial matters and security, so this relationship has to be marked by these elements. There is criticism in this relationship, although of a constructive sort.

The owner of the field would criticize the Sun partner, but it would most likely lead to self-recognition and self-development. It should not be problematic, unless it was too harsh.

Between these two, there is a very strong physical attraction. The chemistry between the Sun partner and the owner of the eighth field is magnetic, irresistible, and incredibly powerful.

One of the bases of this relationship is exactly the physical aspect of the attraction, deep and primal. These two fit perfectly together, in these terms.