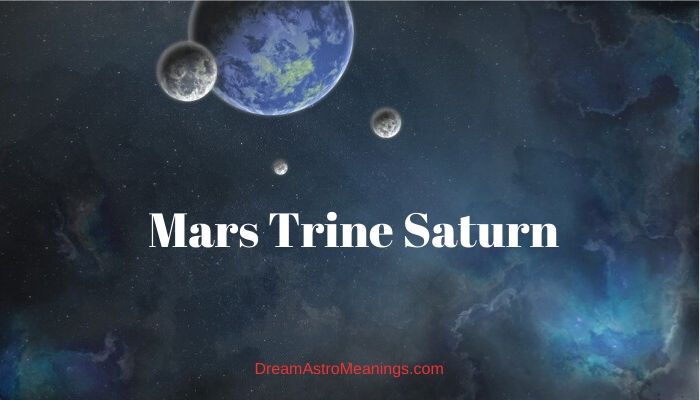 Astrology and the stars have fascinated people for centuries and millennia.

People realized the impact of the Sun and the Moon, as well as the planets have on their lives as well as the world that surrounded them. They collected the knowledge and experience of these influences into a study they named astrology.

This was a powerful means for ages to foretell the future and discover something about people’s personal traits and their destiny.

The origins of astrology date back to old Babylon and the proofs of its accuracy are multiple, but regardless of that, astrology still hasn’t deserved to be considered a science.

There aren’t many people don’t know about the existence of astrology. Most people know their Zodiac sign and something about its characteristics. It is an interesting subject to start a conversation and people enjoy hearing and reading about it.

This approach towards astrology has diminished its importance and relevance, as well as its usefulness.

Astrology is able to give a lot of information about people’s personalities, their character traits, their beliefs, interests, desires and focus in life. Astrology can also discover the possible destiny a person might encounter. It could also be used to predict events in Society.

The first thing that is necessary for astrology analysis is to make a birth chart, which is a chart of the planetary positions at one moment in time. This is usually the moment of someone’s birth, but it can be some other moment.

The positions of planets in this birth chart and their meanings and relationships between them give information we seek.

For basic astrology analysis, it is important to calculate the aspects between the planets as well as to analyze the meanings of the planets in different signs of the Zodiac and their placements in the houses of the birth chart.

The aspects are angles between the planets with specific meanings. They can be major or minor and they can have a challenging or beneficial nature.

The aspects with beneficial nature usually bring good fortune and great opportunities for progress and achievement of goals and desires. Such aspects enable the person to accomplish their plans without putting in much effort.

Opportunities come to them and they usually don’t need to stress at all. Harmonious aspects enable the planets to express their full potential.

The aspects with challenging nature are different. They usually act in a way that they block the energy of the planets and prevent the person from achieving their goals. If they don’t prevent the achievement of goals, they certainly make it very hard for the person to accomplish them.

These aspects require patience because they often delay achievements.

The trine aspect is a beneficial major aspect formed when two or more planets are at the distance of 120°.

This is an aspect of good luck and opportunities and is considered by most astrologers the luckiest of all aspects. It helps the person progress and to achieve success of their actions without effort.

The main idea behind synastry is the idea that people interacting with each other also bring their planets in this interaction.

Synastry calculates the aspects between the two natal charts and it determines the houses where the planets from the other charts fall.

Mostly challenging aspects between two natal charts show that the characters of the people involved in the relationship are incompatible and that they’re likely to experience issues and conflicts in their union.

There is not enough will and effort to sustain the relationship and make compromises. These two are usually not tolerant to each other’s difference which is often a reason for conflicts and disagreements between them.

Relationships with challenging aspects require a lot of patience and strong will to maintain which is often not the case when two people are connected which such aspects. These relationships are often short-lived and represent disturbing and exhausting experience for the partners.

When two people are connected with mostly harmonious aspects, the situation is different. Their characters are usually compatible and they have a strong desire to maintain their relationship.

They are willing to make compromises and are tolerant to each other’s differences. They don’t allow issues to arise and if they do arise they try to solve them as quickly as possible.

Sometimes, synastry analysis discovers no significant aspects between two charts. This is in most cases a sign that the two people are not compatible and not interested in in each other.

The planet Mars is a very small astronomical body. It is the second smallest planet with Mercury being the smallest. Even though this planet is small it has a scary reputation.

Mars is covered with red iron oxide which was the cause for this planet to be nicknamed the red planet.

In many ways, Mars is similar to the Earth; that is a reason why people believe that someday life will be possible on this planet. Some people go even further and speculate that life on Earth originates from Mars or that life was present there in the distant past.

This planet carries the name of the Roman god of war. In astrology, it is also considered the planet of aggression, war, conflict, disagreements, violence, criticism, brutality, aggression, scars, cuts, wounds, the military, weapons, etc.

Mars also rules energy, determination, persistence, activity, initiative, leadership, and similar matters. Its influence depends on the aspects it makes with other planets on and it’s placement in the natal chart.

Mars in harmonious aspects gives the person the necessary energy and endurance to achieve their goals. These people are strong willed, brave, have leadership skills, are passionate, and confident.

When Mars makes challenging aspects that makes the person nervous, aggressive, violent, impatient, brutal, prone to conflict and similar behavior. Such aspects could have negative effects on the person’s life.

The planet Mars rules the signs Scorpio and Aries. In these signs, Mars has the strongest impact and can give its full potential. Mars is also strong in Capricorn which is the sign of its exaltation.

People influenced by the planet Mars are energetic and confident. They have a dominant nature and they often want to control others.

They can also have magnetic influence on people who are drawn to their strength and powerful nature.

People with Mars in challenging aspects can be aggressive, controlling, manipulative, and have a conflicting nature. Most Mars people are generally strong personalities, focused on their goals and they never give up.

They are temperamental and can be quite loud in expressing their opinions. These people can also be intolerant, competitive, and provocative.

The planet Saturn is smaller only than the planet Jupiter. Saturn is composed of helium and hydrogen with a ring system consisting of ice rocks and ice particles. This planet doesn’t have a solid surface.

The name Saturn comes from a Roman god of land and agriculture, which is also the rulership of Saturn in astrology.

Saturn needs around 29.5 years to make a circle round the Sun. The return of Saturn to its natal position is called Saturn’s return. This is the time of evaluation of the things and achievements the person has accomplished by that moment.

In the natal chart Saturn shows the areas where the person is likely to experience issues of Saturn nature, delays, responsibility, and similar matters.

The transits or progressions triggering natal Saturn often indicate events of Saturn nature that will bring major life lessons into the person’s life.

Mars/Saturn aspects in synastry are not the easiest ones, even when the aspect they are creating is a harmonious one.

The main reason is the power of the planets creating the aspect and the strong will for power and dominance which both people possess. This aspect requires a lot of adjustments and tolerance to get the most of.

The trine aspect gets the best from these two planets. They do their best not to find the other person’s energy intimidating or threatening.

They also work on suppressing their competitiveness which is often strongly expressed in other kinds of relationships.

They support each other to pursue their passions. They enjoy the stability and predictability they’ve created.

Mars can help Saturn to become more relaxed and open about expressing their desires. Theirs might not seem a passionate connection, but it is a fiery one.

Both Mars and Saturn are very passionate, and the difference is that Mars is making that fact obvious to anyone, and Saturn only discloses this part of its personality in the privacy of the bedroom.

There can be an extreme physical attraction between these two. Both of them might be magnetically drawn to each other. In some cases, they literally cannot keep their hands off of each other.

This relationship is a satisfactory experience for both partners when it comes to satisfying their physical desires.

This connection produces a lot of energy. These two can achieve much if they join their forces. The Saturn person gives the idea and organizes things, they both work on the strategy and the Mars person is usually the one who executes their plans.

This is an excellent connection for business partnerships and all kinds of collaboration where determination and endurance are required.

Saturn might teach Mars how to become more responsible and organized and Mars can bring a bit of excitement into the Saturn’s (often boring and monotonous) life routine.

These two love security and stability and this relationship will satisfy these needs for both of them.

They are loyal and usually don’t have the need to look around for another partner if this partnership is fulfilling all their needs. They feel relaxed knowing that they could trust their partner (unless Saturn and/or Mars are severely afflicted in which case this doesn’t have to be true).

The Mars trine Saturn in synastry is an aspect of support, attraction, and one that provides a lasting union between the partners.

Even though it might not appear like that, this is a very passionate connection and the partners are often magnetically attracted to each other.

There is a lot of physical tension which needs to be released in a physical contact.

These two are willingly putting their competitiveness and need for dominance aside because they value the relationship they have.

They are willing to make compromises and do their best to resolve conflicts. They are supportive of each other’s goals and enjoy the dependability and stability of their union.

This is an excellent connection for business partnerships as well because it promotes compromise and cooperation.