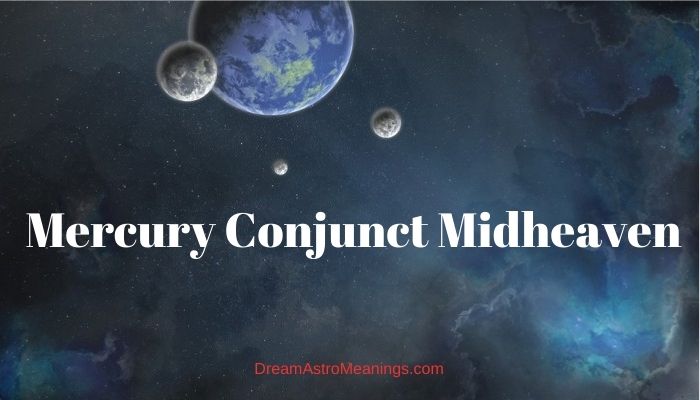 The influence of Mercury determines how a person will develop relationships with other people, and his creative potential will manifest.

Being the smallest, but closest to the Sun planet, it symbolizes the mind and consciousness, the ability to know and understand, to express thoughts.

In Roman mythology, the divine messenger who wore golden sandals with wings was called Mercury. He possessed brilliant diplomatic skills and forged connections not only between the Olympians, but also between the world of gods and people. Only Mercury could descend into the realm of the dead and return from there without hindrance.

Such people achieve success in the profession due to the talent in reaching compromises and the desire to update methods of work and reorganize plans in a timely manner.

Such workers are especially successful in the information, publishing and communication fields.

The self-awareness of such a person increases in proportion to the development of the ability to communicate his thoughts and ideas to the general public.

Such a person can successfully take place as an actor, teacher or politician due to his innate oratorical abilities.

The ability to intellectually harmonize with the mood of the masses and the opinion of the majority allows you to achieve success in any area that requires expression of your own opinion and active thinking. Some superficiality and lightness are not excluded.

Often such people have a pronounced sense of humor and a desire to share everything they have with others. (Mercury conjunct the Midheaven).

They make an impression on the bosses, they know how to deftly express their thoughts orally and in writing, they are suitable for communications, the media, work in the editorial office, printing house.

The energy of this planet allows you to apply knowledge and skills, develop the gift of eloquence and writing talent. People with strong Mercury in the natal chart are able to become true masters of the word.

The messenger of the gods also symbolizes the ability to build relationships and find the relationship between a person and his environment.

The astrological function of Mercury is to control the perception and analysis of information, learning and knowledge of the world. He systematizes experience and puts in order thoughts, directs a person’s energy to improve his best qualities.

Mercury is responsible for speed of reaction, coordination of movements and agility. Its influence is especially important during the period when the child takes his first steps, learns to speak, and then read and write. It is associated with children’s curiosity, which allows you to develop the necessary level of intelligence in a person.

People with a strong energy of this planet have a subtle inquisitive mind, a sense of humor, flexibility in behavior. They often act as peacemakers and help build relationships between relatives and, in general, everyone who is in a quarrel.

Any location of Mercury in the natal chart testifies to invention and a desire to open new horizons. It generates a readiness for change in a person, stimulates learning throughout life.

The planet of intelligence is associated with the archetype of “divine child”, that is, one that is constantly open to the world and knowledge. This is the part of the human soul that remains young, regardless of age and experience.

The location of Mercury in the horoscope shows in what ways it is easiest for a person to communicate with others, express himself and express his thoughts.

Mercury in the horoscope determines how a person likes to express himself through creativity, how he motivates his actions, what is inspired.

The negative side of the planet can cause neuroses and a feeling of uncertainty, confuse thoughts, and over-concentrate a person on mental work.

Since Mercury is responsible for speech and thinking, his patronage helps in the study of languages ​​and the humanities.

Astrologers associate this planet with youth, because it is at a young age that information is best absorbed and the learning process goes through.

Mercury is responsible for the exchange of ideas, rebirth and personal development. The mythical movements of the messenger of the gods are identified with the ability of the soul to move from one level to another, cognizing its essence and enduring useful lessons after each negative period in life.

Mercurian energy allows a person to descend into the very depths of the subconscious in order to study all their “monsters” there, and then rise again to a high spiritual level.

The human mind, like the messenger Mercury, can travel anywhere. There are no prohibitions or boundaries for him. Mercury gives the ability to analyze your actions, draw correct conclusions and work on mistakes.

Astrologers are confident that through the mind a person can heal his body. Having cleared their minds of negative attitudes, people give their nervous system positive impulses for recovery. Mercury is often depicted with a winged rod and snakes coiled among themselves.

Medicine also borrowed this symbolism from him. Snakes here mean the ability to connect disparate facts and find a balance between the spiritual and the physical.

The fate of a person depends on how he perceives the world and positions himself in it. The energy of Mercury synthesizes in itself the ability to think and learn, critically evaluate oneself and others, recover from failures, as well as the desire to express one’s individuality through the implementation of talents and knowledge.

The Midheaven Meridian runs through the 10th house of power and social success cusp, symbolizing the true calling of the owner of the horoscope. Developing in this direction, a person receives all the benefits that he dreams of: wealth, recognition, awards, and the main prize is the pleasure of work.

The qualities of character that help to achieve this tempting goal are shown by the zodiac sign of the 10th house and planet with aspects. Connecting brightest highlights those traits that lead to prosperity, and if they are blocked, the vocation will remain unsolved.

However, in the case of a connection with the planet of intelligence by Mercury, this will not happen.

After all, such an aspect endows with a developed mind, intuition, oratorical abilities and a greed for new knowledge. It is impossible to remain in the shadows with such a set of leadership qualities, but one must skillfully use it so as not to cause harm.

The Impact of the Mercury Conjunction – (MC) Midheaven Success and career advancement is associated with conveying unique ideas and projects to the general public and speaking in front of a wide audience.

The native has an instant intellectual harmony with the audience and listeners, thanks to which he can take place as a journalist, actor, politician, teacher and entertainer.

An easy way up is provided with the position of Mercury in the sign of the earth, in other cases, you will have to fight with amateurism, scattered interests, and with the position in the element of water, also with absent-mindedness.

With additional negative aspects, the owner of the horoscope often achieves his goal with cunning intrigues, deceit, or rules through high-ranking officials, skillfully inspiring them with his ideas, manipulating from around the corner.

Other striking features of the Mercury – MC connection: the ability to easily adapt, accept other people’s rules of the game and put on social masks that are liked by the bosses and the general public; difficulties with a clear choice of profession, throwing from one activity to another; emotional dryness, knowledge of the world through the mind, and not feelings, which often leads to loneliness.

inability for routine monotonous activity, unless Mercury is in the sign of Virgo or Capricorn, and nervousness as a result; the basis of success is intelligence, which requires constant development and a commercial streak; acting talent is emphasized by the ruler of the 10th house, Venus, or if he is in Libra, Taurus, Leo, Aquarius, Gemini, which will also come in handy in politics and the media.

Position in water signs gives a poetic and literary gift, and when the messenger of the gods is retrograde in the natal chart, then it is easier for a person to express himself in writing than in public speeches; a bright sense of humor, a cheerful disposition, the ability to please during a conversation and inspire confidence.

If Mercury is burned by the Sun, the native is harsh in his statements, fanatical in beliefs, ridicules dissidents and thereby makes many enemies. You need to be careful in public discussions with tense aspects with Neptune and Mars in order to avoid litigation for libel and baseless accusations.

All life is communication. With harmonious Mercury, the native is a walking notebook and networking guru. He knows all the right people, connects employers and job seekers, and introduces future newlyweds.

Business success also comes through talkativeness and an active social life. This person is not comfortable at home if the 10th house is in fire and air signs.

If the cusp of this sector is in the realms of water and earth, he would prefer that people come to him themselves, preferably in their personal account, and observe information flows from afar.

In general, the combination of Mercury and MC portends a young boss, or the native will prefer to work among young people.

It can be both teaching at a university and business projects with young and ambitious employees.