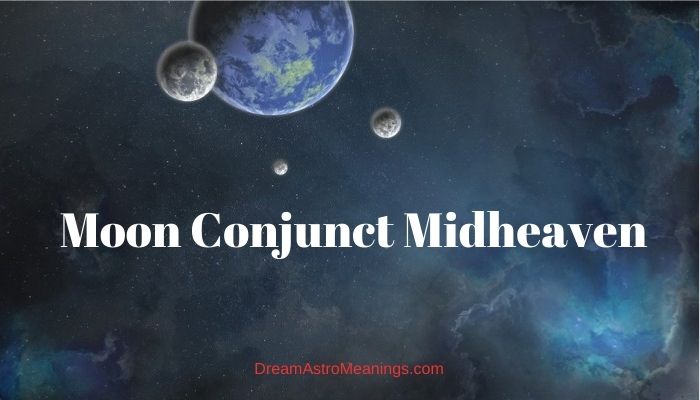 This aspect promotes widespread popularity and naturally places the individual in the center of public attention. The latter is very significant for actors and politicians.

Often, the aspect indicates the possibility of obtaining benefits from communicating with wealthy women.

The professional activity of such a person is invariably associated with a broad partnership. He receives a lot of help from those who patronize him, often inheriting the family business. Career is closely related to the life of the parental family. In professional life, turns and changes are not uncommon.

Public opinion predominantly favors such a person, but the dynamics of his social face is unpredictable.

If he achieves authority, popularity and high social status, then he feels “at ease”. If obstacles stand in the way of realizing his ambitions, he feels misunderstood and depressed.

He has an innate ability to guess what the public likes, and therefore will be successful in public relations. Women provide him with business support, comparable only to the influence of the mother on his choice of life path.

The mother’s figure is authoritative and strong. It is possible that the opinion of oneself as a man will not be very high, and therefore it will take a lot of confirmation in order to feel more confident. (Moon conjunct Midheaven).

In the absence of bad aspects – popularity, spotlight. Good for artists, politicians. With good aspects, it benefits from rich women.

Often professional activities within the framework of partnership, obtaining a position from a superior, often inheriting a family business, connecting a career with family life, with household utensils, etc. at some stage of life it will be so. This aspect is preferred by actors and politicians.

What can you expect from the synastric connection of the planet in another person’s chart with your Midheaven? How can such people affect your profession and life?

In short, any person – be it a boss, parent, teacher, lover, friend, relative, or anyone else whose planets connect to your MC in a 3-4 ° orb – will have a significant impact on your career in one of the following ways.

If the interaction is of a favorable nature (i.e. the MCs Venus and Jupiter are aspecting), then such people tend to support and inspire you, acting as your asset.

If interactions are more problematic (from Mars or Neptune), then they can destroy your reputation and reduce your chances of success.

But in any case, these persons will be significant at a certain period of your life and will leave a lasting impression.

Your loved ones – family, loved ones, and friends – also influence your career. Including synastric connections with your MS. If they support your aspirations, then moving towards your dream is much easier for you.

If, on the contrary, they underestimate you and your abilities and claim that you will never cope with it – most likely you will give up and will not achieve your goals.

You may even be influenced by famous people whom you have never met personally, but who may have inspired you with their work. If you look at their birth charts, you will most likely find their planets in conjunction with your MC.

The descriptions that follow are short. This is just a blog post, not a chapter for a book. This is the starting information for your subsequent research and the formation of your interpretations for each planet and sign in which it is located.

Pay special attention to aspects from the synastric planets that are relevant to a career in your natal chart – i.e. planets, rulers of your MC or associated with your 10, 6 or 2 houses.

If your career is of a Venusian nature – i.e. connected for example with the fashion and beauty industry or you work in a marriage agency – pay special attention to aspects from Venus to your MC.

If your career is Plutonian, for example, you are a lawyer, healer, stock trader, insurance agent, or undertaker, then the synastric aspects to your MC from Pluto are not so bad.

If you are a teacher – look for aspects from Jupiter, if you are a writer or communicator in one form or another – aspects of Mercury are important.

At the top of the 10th house is the highest point of the ecliptic, symbolizing social success in a career and gaining prestige in society. It shows the true purpose of a person, his deepest desires, guided by which, he chooses a profession.

The zodiac sign of the 10th house, the ruler, as well as the planets nearby are taken into account.

Connection is the first aspect in power, so if the Moon is in this connection with MC (Midheaven), then popularity and prosperity will come to the native through the open expression of emotionality, sensuality and soulfulness.

These are such dear and understandable to the people politicians, actors, singers and public figures.

Careers are often associated with the continuation of a family business, household or farming, maintaining a personal blog on social networks with explicit emotional content, as well as writing, when in books a person puts his rich inner world into the descriptions of heroes.

The native’s profession is most often associated with cooperation with large groups of people and influencing the mood of society.

These are social protection, life insurance, medicine, especially obstetrics and gynecology, psychology, advertising and marketing, as well as creativity in all directions.

People with the Moon conjunction – MC are born empaths, but they need to learn to express the depth of their emotions through the publicity of the 10th house: to sing, write, talk and lead an active social life.

Feelings are always in close connection with the vision of your ego in the world.

Feeling like an authoritative person, whose opinion is listened to, and even more so, receiving prestigious awards or even verbal recognition of merits, the native flourishes and shines with happiness. High-ranking and rich women will have a huge influence on fate, but the nature of the influence depends on the aspects.

Harmonious connections of the Moon, Venus, Neptune and Mars will help to take place in the acting profession, to become a famous artist, writer or psychologist. Other gifts of the Moon – Midheaven connection: innate intuition and the ability to influence the masses of the people with personal charm-

the image of a shirt-guy and a girl from a neighboring yard to old age, which disposes the audience; the inspiring influence of the mother on life and the choice of profession, and in the male horoscope there is also a sign of marriage to a famous and successful woman, especially if the Moon is the ruler of the 7th house.

The psychic principle prevails over the mind and individuality, the emphasis is on emotions: as I feel, I live; the profession rarely has a stable growth line, a lot depends on the mood, with money it is either empty or thick.

The moon in the aspect is always mood swings and an increased sensitivity to criticism or misunderstanding of creativity. A person experiences them painfully, furiously arguing or withdrawing into himself.

When connecting with the MC, it is important to throw out emotions outside, otherwise the nervous system will fail, and with an abundance of negative aspects or the inclusion of the Moon in the Cosmo gram of the Big Cross, mental illnesses will also occur.

Personal relationships at the conjunction of the Moon – MC (Midheaven) The main person in the native’s life is the mother. Her image, work, type of thinking are read by the child and are perceived as an ideal.

The girl identifies herself with her mother, striving to be as similar to her as possible, chooses the same profession or the direction that she advised. In the male horoscope, this is also the powerful influence of the wife.

Most often, such a person obeys his spouse in everything or deifies her, as can be seen from the example of Salvador Dali (Moon in conjunction with MC in Aries) and his solemn adoration of his companion Gala, who was far from the ideal of beauty, but apparently reminded his mother of imperiousness and bright charisma.

John Lennon with the Moon in Aquarius on the Meridian of the Midheaven grew up without a father, lost his mother early, but it was she who instilled in him a love of freedom and the ability to choose innovative paths, even contrary to the general opinion, which gave the Beatles the uniqueness of musical arrangements and made not only John a star, but and the whole team.

With negative aspects to the Midheaven, it portends many children’s psychological trauma and complexes, when the mother imposes her opinion or asserts herself at the expense of the child, and often all her life, as in the case of Hollywood actors Brooke Shields and Sylvester Stallone.

The first became a star thanks to the ambition of the mother, the second, as opposed to disbelief in him.

But in any case, the sooner the native realizes this kind of addiction, the easier it will be to develop a strategy of actions to fulfill the dream.

As a consequence, this alignment is compensated by the arrival of a loving and selfless life partner, but then it already depends on the native: will he be able to keep this person close.

For professional success, it is imperative to develop creatively: sing, paint, play musical instruments, as well as study psychology and take care of others by doing charity work.

This is a prime example of the influence of the high moon on public tastes in art. Interestingly, Yoko Ono, who helped him to reveal himself as a person away from the group, was born under the sign of Aquarius, which means that her Sun undoubtedly inspired Lennon’s moon.

As a rule, such an aspect gives a happy marriage, where there is not only emotional harmony, but also common professional goals.

Practical interaction with the aspect By no means always connection means love and harmony with the mother.