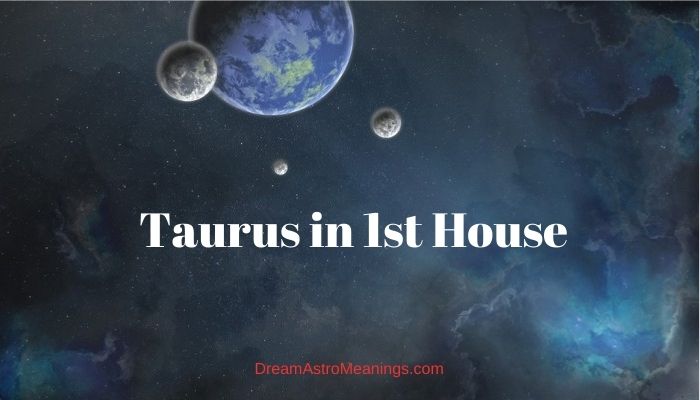 Hard work, responsibility and a thirst for wealth – this is a sketch of the personality of Taurus.

But he also has a couple of hidden talents.

Today, as part of a series of publications about 12 representatives of the zodiac, we will try to figure out what personality traits Taurus has.

The greatest desire of the representatives of this sign is to have a “golden calf”.

The ruler of Taurus is the planet Venus. In ancient Greek mythology, she was the goddess of love and money.

Therefore, all representatives of the Taurus sign have a tremendous craving for wealth.

Venus (Aphrodite), as the legend tells us, came out of the foam of the sea on the island of Cyprus.

The metal of Venus is copper, in Latin cuprum.

The island of Cyprus is named after him – the birthplace of the beautiful goddess.

Many people say that love and money are incompatible. But not for Taurus. They are a great combination of the two.

Taurus is so loving that he was masterly able to seduce the adamant Europe, for which he got to heaven in the zodiacal circle.

Taurus is a female sign from the element of the Earth. Men born under the sign of Taurus have a difficult life. But at the same time, they can make excellent money and create a happy family.

The disharmony of Taurus men is manifested in the fact that they are cute or angry. In childhood, they can be very capricious, their protest often turns into a cry.

From an early age they dream of owning everything! You can calm Taurus boys with a bucket of ice cream, and men just need to give money.

Free master class from the record holder of the Book of Records of Ukraine and Russia. Only today the book “Set goals” as a gift!

All great revolutionaries were born according to the sign of Taurus: Vladimir Lenin, Maximilian Robespierre, Karl Marx.

Their true purpose was the appropriation of wealth. But this plan was being implemented under false slogans.

All Taurus are just for show, so ideological, but in fact, in the depths of their hearts, they dream of only one thing: to have a lot of money.

Like representatives of any other sign, Taurus is very different in character. Let’s take a closer look at them.

From April 21 to April 30, Taurus is born in its pure form. Venus not only loves this decade, but adores. Such people are very successful financially.

Their personal life is also developing successfully. A striking example is V.I.Lenin, born on April 22, 1870. He never physically worked. He was supported first by his mother, and then by the party.

The sign in which the ascendant is located is called an ascending sign, because at the moment of birth it rises on the eastern horizon.

From the ascendant point, the rest of the sky is divided into twelve equal parts to form subsequent houses.

The first house in Vedic astrology is called Vedu bhava and is considered the most important because it marks the beginning of life.

This is the first house to be formed in terms of sunrise, so it belongs to new beginnings and the early environment that one gets in life.

The first house is called the home of the individual. Everything related to appearance falls under the control of this house.

The first house can also provide an accurate representation of life expectancy.

To the question “Who am I?” Everything that includes the first house is responsible. Both at the time of birth and during a person’s life.

The first house means the projection of a person onto the world around him, his presence and existence.

The first house is the main connection that we have with our body and the embodiment in which we are at the moment.

That is why it is the most important window to our world of karmic debts and reflects the level of ease or difficulty that we must go through in order to develop in this life.

If the Sun is located in the 1st house of the horoscope, it means to be born just before sunrise, and since ancient times it was believed that this is a good omen for the life of a newborn.

With a small stature and unprepossessing appearance, he had a devoted wife and associate Nadezhda Krupskaya, as well as his mistress Inessa Armand.

At the same time, women have never been at enmity.

And on April 21, 1926, Queen Elizabeth II of Great Britain was born. Her determination and lack of inclination to excess are two characteristics that the monarch shares with Taurus.

After all, Elizabeth is known as a royal horse, who even managed to work as a mechanic during the Second World War. She is correct and virtuous, avoiding scandals.

She is often upset when her family members become involved in scandals. Her marriage is also exemplary: the kingdom recently celebrated the 70th anniversary of the marriage of Elizabeth and Philip – a platinum wedding.

From May 1 to May 10, the so-called Taurus-Virgo were born. Here Mercury is added to Venus, which makes them very smart and rewards with a commercial streak. They are extraordinarily talented in entrepreneurship, excellent businessmen. They love to study, read, they are constantly improving.

Taurus Virgo is very hardworking, especially in the intellectual field. Their constant thought: “What else to do to increase your income?” A prominent representative is Karl Marx (the author of Capital). He was born on superdate, May 5 (05.05).

In astrology, everyone who was born on this day is called Superhawks. All character indicators are maximally manifested in their personality.

In the period from 11 to 21 May, Taurus-Capricorns are born. Here Saturn is added to Venus, which makes the life of these people difficult and spoils their character very much.

It is difficult to communicate with them, especially close ones. Their good qualities are hard work, concentration and diligence.

Persistence in Taurus of the third decade often turns into stubbornness. It seems that they are not Taurus at all. Because of this, it is difficult for them to create a happy family.

Also, if the Sun is in a fiery and masculine sign, such as Aries, Leo and Sagittarius, the person’s abilities become even stronger.

Their courageous nature, their optimism and competitiveness usually give them high positions from an early age.

The sun has a positive effect on human health. A person’s general optimism and a positive approach to health problems is a factor that greatly contributes to his vitality.

Such people take care of their bodies, play sports and lead a lifestyle that keeps the body in good condition until old age.

The man of the zodiac sign Taurus is not characterized from the best side by his slowness.

But sometimes it plays into their hands. Taurus are wonderful fathers. They treat their daughters with particular trepidation.

For wives, they are ready to fulfill any whims. Often, there is no limit to their generosity in this regard. But don’t forget about rest.

Overwork has a detrimental effect on them. In this state, a Taurus man can be unbearable.

A positive quality of Taurus is their hospitality. Their doors are always open for friends and acquaintances.

The sign of Taurus characterizes a man as an excellent master. It’s always cozy and calm in his house.

If you are married to a man born under this constellation, then consider that you pulled out a lottery ticket with a jackpot.

By studying the signs and planets located in the first house, we can easily understand a lot about our inner and outer self.