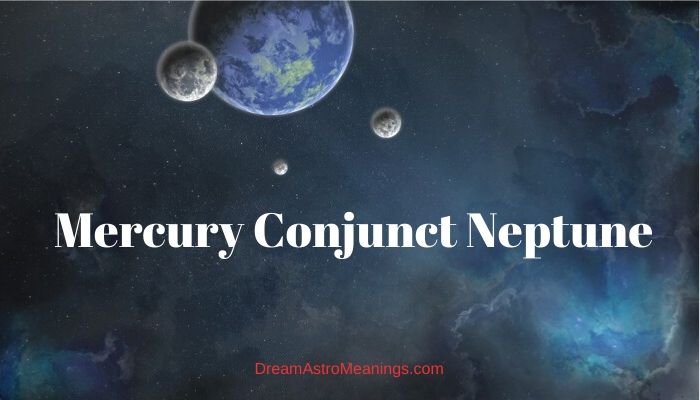 Even though astrology exists for millennia and its accuracy has been proven many times throughout history, it is still not recognized as a science. Astrology’s origin is believed to be in ancient Babylon.

People have realized long time ago that planets have a strong impact on our lives and the events we are experiencing.

They can give substantial information about someone’s traits, their desires and choices they are likely to make.

The aspects represent certain angles formed between the planets and are divided into minor and major. Major aspects are trines, conjunction, sextile, oppositions, and squares. Minor aspects are semi-sextiles, semi-squares, quincunx, novile, etc.

Some aspects have harmonious nature while others have a challenging nature.

Those with harmonious nature enable the planets to freely express their nature and cooperate, while those with challenging nature block the energy of the planets and prevent them to show their best traits.

The aspect has a challenging nature if the planets forming it have similar nature. If the planets have benevolent nature, the aspect is considered favorable. It is advisable to always consider the whole chart, and not just separate aspects.

Astrology can be used to analyze relationships and their potential. By analyzing and comparing the natal charts of two people, astrology can determine whether two people can have a successful relationship or not. The technique used for that is called synastry.

The aspects between natal charts of two people reveal whether their characters are compatible or not. If the aspects are challenging, this is usually an indication that the relationship between them isn’t likely to be a harmonious one.

These two might have different views on things and easily come into conflicts. This relationship requires a lot of patience and effort to sustain, and it all depends on the people involved and their will to do so.

These relationships often don’t last long, and even when they do last long it is usually at a cost for one or both partners.

When the aspects between the charts are favorable, this gives another picture. In this case, the two people have compatible characters and have a desire to maintain their relationship.

They want it to be lasting and they don’t mind making any compromise and putting in efforts to achieve that.

When the aspects between two charts are mainly harmonious, that usually indicates a lasting relationship which doesn’t require much effort to sustain.

If the comparison between two natal charts doesn’t reveal any significant aspect this usually indicates lack of interest and compatibility between the people involved. It is likely that the relationship won’t begin.

The planet Mercury is the smallest planet of all. It is also the closest to the Sun. This planet moves very fast, and it takes only 88 days to circle around the Sun.

The name Mercury is the name of the Roman god of trade, travel, and communication. He was the gods’ messenger and was considered a trickster.

Mercury in the natal chart reveals how we express our thoughts. This planet rules Virgo and Gemini.

People influenced by Mercury are quick-witted and good with noticing details. They love being around people and are usually very communicative. They love to be informed and love hearing all the latest news, but also gossip.

When Mercury has challenging aspects, this could make the person prone to lying, manipulation, deception, and other kinds of trickery.

These people are generally not very emotional, unless they have some other influences in their natal charts.

They are practical and rational. They are drawn to professions where they could satisfy their desire to be around people. They love to talk, but also love to listen to people talking and gather new information and knowledge.

Curiosity is one of their main traits, and they love learning new things as well.

Unlike Mercury, Neptune is a big planet. It is also a very cold planet. Its interior is ice and rocks, and composition is mostly helium and hydrogen. For the ancient Romans, Neptune was the god of water and the sea.

This planet is ruling Pisces. Neptune causes confusion and disorder. People under its influence sense it strongly.

Those are people with Neptune as their ruler or prominently placed in their natal chart. They are emotional and sensitive, and can be very creative and artistic.

If Neptune is afflicted these people could be prone to deviant behavior, lies, criminal, addictions, manipulation, and similar behavior.

It could also cause psychic illness, isolation, and irrational behavior. Sometimes these people can be very naïve and easily manipulated by others.

People who are influenced by Neptune are often fascinated by religion and religious figures. If Neptune has challenging aspects they might join a religious cult or similar organization.

Some of them might have psychic gifts and strong intuition. Many of them are interested in secret knowledge and magic.

Because Neptune is a generational planet, its transit through signs influences the society as a whole, initiating changes in the areas ruled by that sign and Neptune.

When Mercury in the natal chart of one person is making an aspect with another person’s Neptune this can either make their communication almost intuitive, where they don’t need words to say what they want but communicate with their thoughts, or it can make it confused and almost impossible.

In this other case, misunderstandings between the partners are frequent.

Mercury is logical, notices all the details, and Neptune often lacks focus and is confused. These traits make their communication problematic.

When Mercury and Neptune are connected by a conjunction, Neptune might intuitively sense what Mercury is thinking, but, depending on its placement in the natal chart, this might be a good or bad thing.

Neptune might use this advantage to manipulate Mercury or it might use it to improve their relationship and communication.

Neptune can be perceived as overly idealistic and sensitive by Mercury, who usually has a practical approach to things and considers such attitude a waste of time. It is important for both to try to respect each other’s point of view even though they might think differently.

Mercury can often be annoyed by Neptune’s lack of precision and inability to find the right words to say what he means.

Neptune might also have a tendency to assume that others might read his thoughts and speak only the things they consider necessary, assuming that the unspoken part is implied.

This usually drives people crazy, especially Mercury who is usually very precise with their words, and doesn’t leave space for doubt about the actual meaning of their words. Neptune is usually quite the opposite.

Neptune can help Mercury to expand his horizons and introduce him into new ways of looking at things, as well as introduce new religious beliefs and change his whole perception on religion.

This might sometimes be dangerous if Neptune is not well-placed in the natal chart.

Neptune can be prone to different kinds of deviant behavior and might lead Mercury who is usually very curious to begin exploring these unknown sides of life.

Depending on Mercury’s strength he will either manage to pull out of Neptune’s darkness or stay there.

Neptune is able to mentally brainwash Mercury’s mind and make him do whatever Neptune wants. Even though Mercury is also very intelligent and can be great at manipulating others, Neptune is hard to beat in the manipulation and deception game.

With Neptune you can never be sure with anything. It is not easy to track when this person is lying.

Mercury, on the other hand, can be quite transparent and easily caught when being dishonest or trying to hide something.

If both of them have challenging aspects in their natal chart, sometimes this might be a combination of two deceivers who might join forces to deceive others and get some benefit out of it, or they might turn these traits against one another, when this relationship turns into a giant lie where both partners deceive each other.

In general, there is a lack of compatibility between these two when it comes to communication, and communication is one of the most important parts of a relationship.

Neptune might find Mercury too logical and consumed with facts, and Mercury will find Neptune vague and confused.

This is not a good match unless there are some other aspects between their planets which neutralize this aspect and these differences, and ease their communication.

Mercury might need to learn to be more relaxed and not so concerned with details and facts, and Neptune must learn to become more focused and precise.

The conjunction between a person’s Mercury and another person’s Neptune is not an easy aspect to have in synastry, especially when it comes to communication.

These two have opposite views on communicating. Mercury is concise, precise, and leaves no doubt about the meaning of his words.

Neptune, on the other hand is vague, lacks focus, doesn’t express himself clearly and always leaves people guessing what he wanted to say.

Neptune doesn’t think that is a big deal and usually doesn’t plan on changing and Mercury is very annoyed by that because communication is one of the most important things for him in a relationship.

In some cases, with this aspect, there might be present a strong element of deception and mental manipulation.

Usually Neptune will be the one to manipulate Mercury, although Mercury might possess the same traits and use them on Neptune.

This is not a good indication for a relationship and requires some more stabilizing and neutralizing connections between the partner’s natal charts.