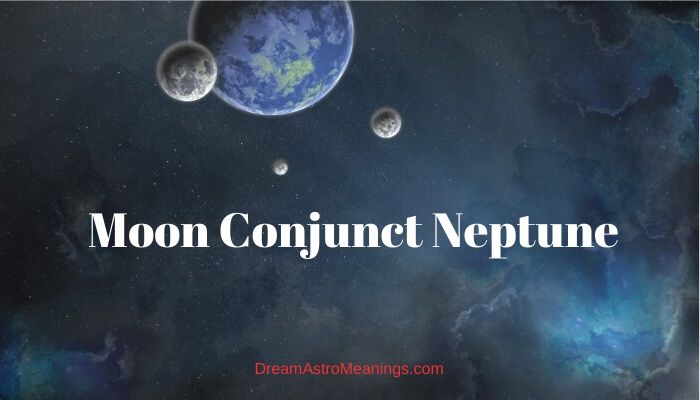 The importance of the planets and their influence on humans and events that happen in the world has been known to people since ancient times.

The ancient Babylonians are considered creators of the discipline called astrology which uses planetary placements and their meanings to determine individual traits of people and their destiny.

Astrology is still not considered a science although many people have convinced themselves of its importance and accuracy.

Astrology has many different analyzing techniques. It mainly uses the simplest, like analyzing the planets in Zodiac signs, their placement in natal chart houses, and the aspects they form with other planets.

Aspects are important for determining personal traits and timing of certain events. They are the most powerful when they are exact.

They can be major or main and minor. Major aspects are the conjunction, opposition, square, sextiles, and trines. Minor aspects are important as well, when they are exact.

The aspects can also be divided according to their nature. They can have harmonious or negative nature which also depends on the nature of the planets that are forming the aspect.

The conjunction is considered the most powerful of all aspects. It is formed when two or more planets share the same degree. The distance between the planets is 0° +/- 10°.

If their nature is beneficial, the aspect is considered harmonious. If the planets forming the conjunction are malefic, the influence is negative. If there is a combination of benefic and malefic planets, the nature is usually negative due to the strongest influence of the negative planet.

Every natal chart and aspect should be looked at separately and as a part of the whole picture.

One technique that astrology uses is called synastry. It is used to determine basic compatibility between people who come into interaction or are in a relationship.

Synastry helps to determine whether the relationship will be harmonious and lasting or will the partners be prone to quarrels and conflicts. The technique synastry uses, is similar to analyzing individual natal charts.

Synastry compares the natal charts of two people and determines the aspects between their planets.

It also analyzes the positions of the planets from one natal chart in the other natal chart to determine which area of life is the other person likely to influence.

Beneficial aspects between two natal charts are good news for the relationship because they usually indicate good compatibility between the partners and its longevity.

These two are interested in sustaining the relationship and they don’t allow issues piling up. They actively put in the effort to keep their relationship stable and lasting.

If the aspects between the planets are challenging, this usually indicates disagreements and incompatibility between the partners. Even if the relationship doesn’t seem like it is problematic at first, during time the issues between them will begin appearing and causing conflicts.

For such relationship to be a lasting one it would take a lot of effort and compromise on both sides which is not something these two are willing to do. Challenging aspects between natal charts in synastry are often an indication of incompatible characters.

Synastry can identify potential issues and give advice on how to avoid or resolve them where possible.

The planets between some people’s charts are simply not connected and this usually indicates lack of interest on both sides. Usually when this is the case, the relationship is not likely to begin at all.

Of course, a detailed analysis should always be performed before giving a final judgment on the possibility of any kind of partnership between two people.

The Moon is a satellite of the planet Earth. Its origin is unknown, and is generally believed that it was formed 4.5 billion years ago.

According to some theories, the Moon is an artificial formation created by aliens.

The Moon can only be seen from one side from the Earth, and its far side can never be seen, and this is only one of the reasons why some people believe in the alien theory. This is the brightest astronomical body on the night sky.

In astrology, the Moon rules the sign Cancer. Its exaltation is in Taurus. In these signs, the Moon expresses its true nature.

The Moon is considered the ruler of our subconscious, our habits, and our beliefs. It describes how we deal with the daily duties and issues that arise.

The Moon rules women and our mother. It rules our motherly instincts and our femininity. Its placement in signs reveals how much we embrace our feminine side of personality.

The natal chart house where the Moon is reveals whether we have nurturing instincts. It shows how much we take care of ourselves and of the people we love. It reveals the level of comfort we have in our life. The Moon symbolizes our home and shows its importance for us.

The Moon’s placement in the natal chart, as well as the aspects it is making can reveal whether we are intuitive and connected to our inner guidance. The house where the Moon is shows the areas where the person feels most comfortable.

The Moon is the ruler of our mood and can indicate our subconscious reactions.

People under Moon’s influence could be prone to changing their mood quickly and seemingly with no reason. These people could have very unpredictable reactions.

The Moon is also the ruler of our memories and our emotions. If the Moon has challenging aspects, this could indicate that the person is prone to living in the past and holding on to their past hurts instead of letting them go and making way for new things to come.

They consciously or subconsciously allow their past to block their presence and their future. These people can be very emotional and shy.

They are protective of the people they love and they would do anything for them. They are usually home types and love spending their time there.

Neptune is one of the coldest planets. It is made of ice and rocks, and its composition is mostly helium and hydrogen.

In astrology, like in Roman mythology, Neptune is the ruler of the sea and all matters related to water.

This planet is usually responsible for the chaos and confusion in our lives. It creates disorder and chaos. People who are under its influence and have it as their ruling planet feel its influence strongly, especially through transits and progressions.

People ruled by Neptune are usually emotional. They are also disorganized and confused. They often lack focus.

If Neptune has challenging aspects its influence might be in making the person prone to lying, deceptions, manipulations, criminal behavior, addictions, such as alcohol, drugs, etc., nervous disorders, and similar behavior and states.

Sometimes its influence might be in making the person very religious and interested in religious matters. Neptune could also give the person psychic powers, and in some cases the person uses these powers to help people.

These people might be interested in secretive matters and knowledge, such as magic and the occult. They are often very intuitive.

Neptune is not a personal but a generational planet. It inspires global transformations, especially in the areas ruled by Neptune.

If both the Moon and Neptune are well-placed in the natal charts, this connection is an image of true love and compassion between the partners.

They sincerely care for each other and would do anything to make each other happy. This is not only emotional, but a spiritual bond as well.

The conjunction between these two planets should not be considered an easy flowing aspect. Neptune is the ruler of confusion and illusions, and the Moon rules emotions.

With this aspect between two natal charts it might happen that the Moon person is deceived by the Neptune person who is giving Moon false hopes and creates an illusion that they will be together.

The Moon person might hold on to this false hope for a long time, and when the realization that nothing will happen could be very disturbing and hurt the Moon person very much.

This disappointment might strongly affect the Moon person and their behavior in all future relationships.

With this combination the pattern of deception and pretending can be present and can express itself in different scenarios. Neptune might choose to play a certain role in this relationship, especially if they don’t feel adequate for the Moon person.

The Neptune person’s behavior doesn’t have to be dishonest.

They might really be into the Moon person and believe that by being honest about something regarding their lives and/or personality they wouldn’t be accepted by the Moon person as their partner.

Sometimes the motives of Neptune are clearly dishonest, and Neptune wants to make some gain and use the Moon person for their own benefit.

Sometimes this aspect might indicate the Moon’s person possessive and clingy behavior which irritates the Neptune person.

There might be an element of co-dependency in this relationship and this might scare the Neptune person who will slowly begin to distance himself from the relationship which will disappoint and hurt the Moon person.

The Moon might express a motherly protective attitude towards Neptune which the Neptune person might find repulsive.

In some cases, Neptune might actually welcome such treatment from the Moon person, usually when they have been emotionally deprived previously in life.

In cases where Neptune is badly-placed in the natal chart, Neptune could be prone to all kinds of addictions and deviant behavior and might pull the Moon person in this kind of life.

The Moon is usually easily influenced and Neptune won’t have a difficult job in persuading Moon to follow his guidance. This might be a detrimental relationship, especially for the Moon person.

In some cases, the Neptune person might belong to some religious or occult sect and introduce Moon to this, influencing them to join.

In some cases, this aspect might bring these people together because of their love for arts and creativity. They might enjoy creating things together and support one another in their creative endeavors.

Regardless of the outcome of this relationship, this aspect in general creates great mutual understanding between these two.

The relationship between two people whose Moon and Neptune form a conjunction aspect is usually full of love and deep emotions.

Depending on the state of these planets in their natal charts, and their natal charts in general, this aspect might indicate issues such as co-dependency, clinginess, deception, manipulation, illusions, self-deception, possessiveness, addictions, and similar.