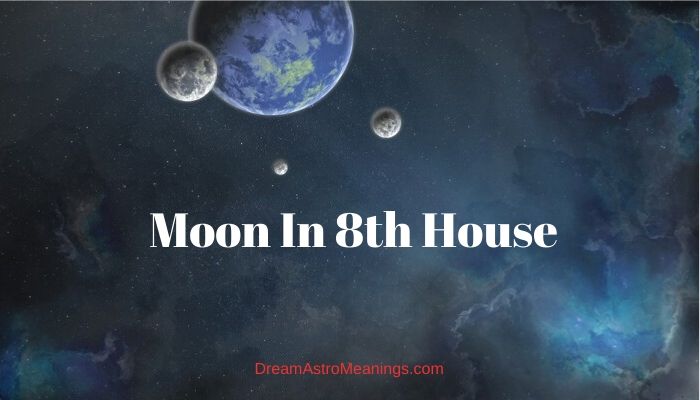 Astrology is an important means to help us find out details about events and people.

This study of the stars and planets and their influence can help us to determine people’s individual traits as well as their destiny.

Astrology can also help us determine outcomes of situations and lasting power of relationships, as well as other things.

Natal charts are charts of planetary positions in a specific moment of time; this is usually the moment of someone’s birth. The natal chart is made of 12 houses and the planets are placed in these houses.

The houses where the planets are placed reveal the focus areas which are likely to be influenced by the energy of the planet/s placed in the house.

In synastry analysis planets from one chart placed in the other chart reveal the areas of life which will be affected by their relationship.

The Moon has great importance for life on our planet. This is a natural satellite of the planet Earth, believed to have formed around 4.5 billion years ago.

The idea is that the Moon is formed from debris left after the collision of an asteroid with the planet Earth. Some people doubt this theory and believe that it is an artificial formation and that it was made by aliens.

The Moon is the brightest night object. It travels fast which is why it takes it only 27.5 days to make a full circle around the Earth. During this time the Moon crosses all the 12 signs of the Zodiac. The Moon rules Cancer and its exaltation sign is Taurus.

In astrological sense, the Moon rules our subconscious mind, our intuition, emotions, sensitivity, memories, inner being, our mother and motherly instincts, the women in our life and our sense of femininity, etc.

Those under a strong impact of the Moon are usually easily hurt and sensitive beings. These people often have a tendency to hold on to the past preventing themselves to progress and focus on their future.

One of their major lessons is learning how to let go of past hurtful memories and resentment and forgive the ones who have caused them pain. Some of them might spend their entire lives thinking about the past and blocking themselves with negativity.

These people are usually withdrawn and have shy personalities. They don’t relax easily and take their time before opening up to people. They are a loyal and devoted friend and take care of the people they love. They are very attached to their family members and are usually home types.

They can be prone to moodiness and clingy behavior, especially in relationships. People could find these traits irritating. They are also very intuitive and able to sense other people’s feelings and even predict events in the future.

The place when the Moon is placed in our natal chart is where we feel most comfortable and the level of comfort we need. The Moon also describes our home and our attachment to our home.

The eighth house is a house ruler of the planet Pluto and sign Scorpio.

This house is related to areas such as birth and death, transformation, deep bonds, physical intimacy, real estate, inheritance, investments, money and property of other people, etc.

This house is traditionally mostly related with death and matters related to death.

It also rules deep emotional experiences which have a transformative effect on our life and soul and resemble the process of death and rebirth; the eighth is the house of secrets we don’t want to uncover.

It rules changes in the areas which are governed by the sign on the cusp of this house. It is also the ruler of obsessions and fated encounters.

When planets are placed in this house, this should be carefully observed because they can reveal details about someone’s death, or other areas ruled by this house.

A person, whose 8th house is strong and full of planets, might be secretive in nature, and interested in all kinds of occult secrets and knowledge.

When planets with beneficial nature are placed in this house this could indicate the person’s luck in dealing with other people’s money, easily resolving debts and getting bank loans, receiving inheritance, etc.

When the malefic planets are placed in this house, this often represents a sign of debts which the person has a hard time repaying, bad financial situation of the partner or spouse, bad finances of business partners, etc.

This house might reveal mystical experiences the person is likely to experience during their lifetime. People with many planets in the eighth house might appear mysterious and secretive.

The 8th house also indicates things and situations the person needs to let go of to be able to transform and be able to progress.

This house usually indicates painful experiences we need to go through so that we could evolve. It points out to things we don’t need and which don’t serve our purpose; therefore we need to dispose of them.

The person with their Moon in 8th house often has intense emotions and emotional expressions.

This person usually has a heightened intuition and is able to sense people’s emotions and even read their thoughts.

These people often possess psychic gifts and are able to look into the future.

This placement of the Moon often is a sign of deep transformative events and emotional experiences the person might go through which can completely change their beliefs and views of things; this can often be the loss of an important women figure early in life, possibly their mother.

The Moon in this house is often a sign of deep emotional wounds and traumas which the person experiences throughout their lifetime. The traumas might also be related to different forms of physical abuse the person has experienced.

Many people with their Moon in eighth house are interested in developing their knowledge of the occult. They often practically apply this gained knowledge in their life and the lives of other people.

With this Moon placement inheritance from women or from the mother’s side of the family is likely to occur if other signs in the chart point to that.

These people show their emotions to the ones that are close to them. To others they usually appear cold and closed off, which they often are. They don’t expose their feelings in public and they appear reserved. They also might have a tendency to suppress their emotions.

These people have intense emotions and often have a desire to merge completely with their emotional partner.

If this intensity isn’t reciprocated the person might become suspicious and express traits like jealousy, possessiveness, and in worst cases a love and hate approach. If Moon is afflicted in the natal chart, the person might seek confirmation of their value or security through physical intimacy.

When one person’s Moon falls into another person’s eighth house, this creates a relationship with intense emotions.

There is a deep emotional connection between these two people. The Moon person will demand an intense emotional response from their partner.

This connection might make the Moon person experience feelings of jealousy, possessiveness, fears, desire for control, and similar feelings in relation to the 8th house person.

The 8th house person might be completely indifferent to the Moon person, or they might get strongly attached to them. This could be a dramatic relationship filled with episodes of intense pleasures and love and jealousy scenes and hatred.

These emotions are usually accompanied by strong physical desire which often becomes overwhelming. This person and the relationship with them seem to draw out all of the Moon person’s insecurities, fears, desires and emotions.

The Moon person feels they don’t have any control in the presence of the 8th house person.

This relationship with Moon in 8th house of the other partner might undergo through many transformations during which the partners might change and experience their connection from a different angle.

The attraction which wasn’t present in the first moment might start growing, or, in the opposite case, it might begin fading until it completely disappears.

This aspect can be very important in business partnerships and other kind of business relations, especially inheritance or different settlements cases. The state of the Moon is very important because afflicted Moon can bring the 8th house person problems in these areas.

There might be conflicts and struggle to resolve these matters. If the Moon is well placed this is a good sign, indicating that the Moon person might help the business activity of the 8th house person and give them good advice.

Moon in 8th house in individual charts is a sign of intense emotions and a person who might experience traumatic emotional events during their lifetime which can leave a permanent mark on the person, changing their personality and the way they look at things.

The traumatic events are often related with the loss of someone close, usually an important female figure, which is often their mother.

This position of the Moon can also be a sign of physical abuse which can leave the person permanently scarred.

Moon in eighth house is often a sign of a secretive nature which completely relaxes in the presence of their intimate partners to whom they could openly talk about their emotions and feelings.

These people often have a complicated emotional being and demand a lot of emotional devotion from their partners.

The Moon in 8th house is rules money from other people like inheritance, alimony, bank loans, etc. and depending on the Moon’s condition in the natal chart it might indicate benefits or losses the person might experience in these fields.

The relationship between these two, bring deep emotionally transformative experiences for the partners.

Usually the Moon person helps the 8th house person realize that some part of their personality has been influenced by a traumatic emotional experience from the past and helps them accept that and deal with it so it doesn’t present a block in their emotional response.

If the Moon is afflicted, the 8th house person should be aware if they have any kind of financial dealings with the Moon person because they might experience issues and losses as a result.