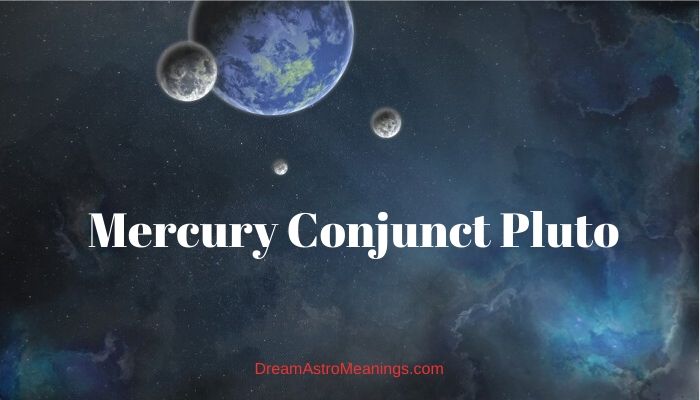 Astrology is often identified with the idea of horoscope. However, it not what people think horoscopes represent.

Astrology is the study of the stars, as its name suggests, a study that relies on old hermetic tradition postulate of microcosm and macrocosm projecting each other, reflecting in one another.

In other words, the cosmic play reflects in us, in our small world.

Although we usually talk about astrology as the ‘science’ of the stars, the etymology is quite complex. The word logos could also be translated as a ‘word’.

We could also talk about astrology as the symbolic language of the stars.

In any case, astrology studies the distribution of the stars – planets, in fact – over the sky and interprets their positions in relation to our lives on Earth.

Our destiny unfolds as a magnificent mixture of what the stars have in store for us, our conscience about it and our own activity regarding potentials we have.

The natal chart tells about all areas of one’s life about one’s personality, all the good and the bad sides, weak points, amazing opportunities et cetera. An insight into such valuable data could actually help us use our potentials to their maximum.

In addition, all the negative sides we often fail to understand could become clearer to us.

Thanks to the insight into such information, we could work to improve our weaker points and feel more comfortable with ourselves, as well as with the other people.

When two planets or other significant points in a horoscope find themselves in a certain specific distance from one another, it is called an aspect. Such a distance is, in fact, an angle of certain degrees.

Aspects in a horoscope represent specific connections that make a complex of connections. Taken all at once, they create the whole image of an astrological chart, along with other elements.

Each of these represents a specific, mathematical angle (60 degrees is a sextile, for instance). The closer the planets were to the set angle, the stronger would be the energy an aspect creates. That is the point where all the fun begins!

Each aspect would affect you as a complex personality in its specific way. There is no idea chart, with all the perfect aspects.

Actually, the complexity of both easy and heavy aspect is what makes us so interesting, so diverse and dynamic beings. The aspects are divided into two groups, major and minor aspects.

Major aspects are the conjunction, the square, the opposition, the sextile and the trine.

The opposition and the square are considered heavy ones, the sextile and the trine are easy ones, while the conjunction could be both.

Conjunction is an aspect that was not considered a separate aspect for long. Any other aspect or a physical contact of planets within a natal chart was considered a conjunction.

Today, the conjunction, which is the 0-degree angle, is considered a specific aspect that could be observed alone. In practice, it is the angle up to 8-degree.

This aspect represents the conjoined energies of the planets involved. That is the reason why the nature of the aspect itself could be ambiguous.

It would depend on the conjunct planets. The energies are intertwined, mixed up, reactive to one another and amplified.

Of course, the very nature of the planets alone would greatly affect the nature of one particular conjunction.

Mercury in Mythology and Astrology – Planets in Astrology

Hermes in Greek mythology, Mercury in Roman, this deity was one of the most clever and resourceful of all the gods of these ancient pantheons.

Hermes was the protector of merchants, travelers, inventors, adventurers, young people, but also tricksters, even thieves. Hermes protected all witty and clever people, regardless of the morals of their deeds.

While in Greek mythology, Hermes was the son of Zeus, Romans believed mercury was the son of the sky deity, Caelus. However, Mercury’s role was similar to that of Hermes. He was also considered the god of trade and financial gain.

Usually depicted as a handsome young man with winged sandals and helmet, he was the very prominent deity in the ancient world.

In astrology, the symbol of Mercury represents the unity of matter, spirit and the soul. It is, in fact, the only planet with such a symbolism. It is the closest planet to the glorious conscious Sun, so it represents our rationality, all our thoughts. Mercury represents practical reason, information, logic, communication.

The planet Mercury represents children, primary education, learning and travel. It represents communication in the widest sense possible. As long as gaining information is involved, it is under the influence of mercury.

It especially has to do with verbal expression, be it written or oral. Crafts and practical activities are also associated with Mercury.

Mercury represents our mundane way of thinking; it is responsible for our approach to everyday challenges and problems and it help us find the most practical, the fastest and the most suitable solutions.

When in good aspects, mercury makes one very skillful with words, logical and pragmatic. If in bad ones, it could cause problems with communication.

Pluto in Mythology and Astrology –Planets in Astrology

Pluto, the planet that puzzles the astronomers and people in general, regarding its true nature as a planet or a dwarf planet, perhaps is the most mysterious astrological planet.

Very distant from us, the astrological planet Pluto is considered the higher octave of Mars, which explains somewhat of its powerful energy.

In ancient mythologies of Greece and Rome, Pluto (Greek Hades) was the god of the underworlds, the realm of death.

He would rarely abandon his seat in the gloomy realm he rules over, although you are probably familiar with the myth about Hades and Persephone, the daughter of the goddess Demeter whom Hades was in love with.

According to the myth, he abducted Persephone, though eventually Demeter and Hades made an agreement; Persephone became Hades consort, but she would also spend a part of the year with her mother, above the ground.

The myth could also be understood as an allegory of the seasons. Let us return to our astrological Pluto.

It is, indeed, a mysterious planet, associated with our deepest obsessions, with magnetic energy, the interest into deep, hidden knowledge and power. Pluto rules the sign of Scorpio. Pluto’s energy is mighty, but it could be tricky. It could be incredible creative and productive, but also painfully destructive. However, Pluto has one amazing trait.

This is the planet of regeneration, transformation, death, yes, but also the rebirth. You know how Scorpio people are often described as mysterious, dark, but so magnetic. That is Pluto. It has unbelievable ability of re-invention and regeneration.

No matter how low you fall, it would give you amazing strength to pick yourself up and re-invent.

Its color is dark red, crimson, while precious stones associated with Pluto are black onyx, bloody stone and obsidian.

When Mercury and Pluto form this aspect, they give a person with an incredibly strong focus of thoughts.

Mercury conjunct individuals are pervasive, people who could concentrate deep and long; they could, indeed, become quite obsessive with the subject of their study, for good or for bad. Their obsessions could be haunting.

People with Mercury conjunct Pluto are determined in their searches for knowledge. They put much effort in what they were interested it, to the point of exhaustion, mental, emotional.

These people are consumed by the ideas of something deeper, something complex and more meaningful behind things they could see. They reject superficial answers.

They have to penetrate deep beneath the core, which could be useful, just as it could be destructive. They would certainly find amazing answers or reach depths rarely one would ever reach. However, this approach also leads to a lot of suspicion and mistrust.

In short, Mercury conjunct Pluto individuals have a very skeptical mind when anything straightforward is set before them.

It is simply ‘not enough’; they would ask questions, they would turn the world upside down just to find the deeper meaning. They could be terribly disappointed when they find nothing, because not all things do have the ‘type’ of meaning Mercury conjunct Pluto ones search for.

However, they would soon gather themselves back again and head on a new mission.

These people are incredibly attracted to anything unconventional, anything that is forbidden, taboo, shocking, in a way, dark and mysterious. They would not hesitate to share their fascination over such things.

They talk when they want to; they are very provocative in communication, which could be terrifying to others. They are not vulgar. However, their ideas are what may leave others speechless, as well as the type of the information they offer.

One of their downsides, but also one that could be useful, is their determination. The problem is that it easily becomes stubbornness. Sometimes, in fact, most of the time, Mercury conjunct Pluto ones would try to impose their opinions on others.

They would try to transform others according to their visions. They could be incredibly enduring in these terms.

However, even their energy has limits; they would sometimes end up only with wasted energy, exhausted and drained, but it is unlikely they would change their mind. Their stubbornness could be used for good purposes.

They are excellent in doing researches and they enjoy it. A Mercury conjunct Pluto person could, for example, be an amazing detective, one who would not give up easily, until the mystery was solved.

They are magnetically attracted to mysteries; mysteries feed up their intellectual mind and also their intuitive, more mysterious self that needs something that is deeper, unknown, dark, even.

This researcher attitude does not always turns out good in private life, because other people might think of you as too skeptical, suspicious, and mistrustful. A Mercury conjunct Pluto trust only him/herself, as a rule.

However, it usually does not mean they lack self-confidence or so; they simply rely only on themselves and they do not need others’ support in these terms.

They are introverted for the most part and their rich world of inner symbolism is what they feel the best in. They could, however, become master manipulators, if they wish.

Everything that has to do with resolving mysteries and reading in between the lines, and in-reading symbolism, would attract a mercury conjunct Pluto person. These individuals simply think and live in symbols.

Of course, other aspects in your natal chart would affect the way you are going to use this characteristic. Implications, rather than specific events, would trigger your train of thoughts.

One thing you should keep in mind is moderation, a difficult thing for an aspect with the obsessive Pluto. It happens that a mercury conjunct Pluto overburdens him or herself with tons of information and implications and gets lost in over thinking them.

It could be exhausting, so that you lose the sense of some very important details in life.

It is the opposite from what you generally do; a Mercury conjunct Pluto focuses on details, the tiniest symbols, but he or she could overlook those important ones that should be a normal part of life.

You should try to tone down your need to in-read symbols into everything around you. It would make you could see simple everyday details the way they are.