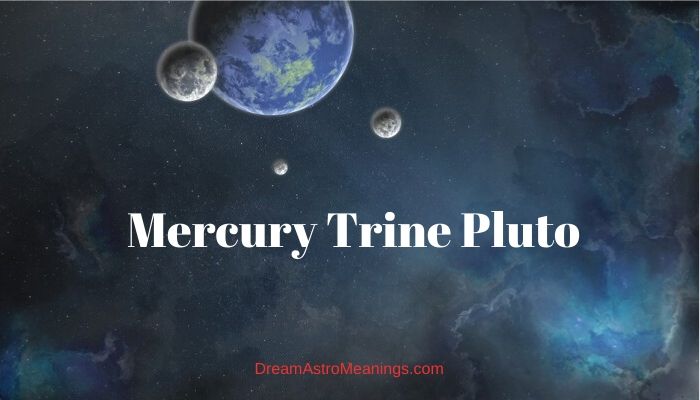 People have always strived to discover the influence of planets on their lives and the events they experienced as well as the events happening in their surroundings and the world in general.

Since early times, people realized that planets do influence us, and that especially influential for our life were the constellations of planets in the moment of our birth.

They developed a method of putting the frozen image of the sky in the moment of birth into a chart and developed methods for analyzing these planetary placements and their relationships (aspects) and their influence on the personality and events the person is likely to experience in their lifetime.

Astrology is the discipline which occupies with analysis of the planets and their influence on our lives. It has proven many times in the past how accurate these predictions might be.

There are different techniques used in astrology analysis but the basic ones analyze the planets in signs in houses of the natal chart as well as their aspects. Aspects are different angles between planets.

There are major and minor aspects, which are all most effective when they are exact. Aspects can have benevolent and malevolent nature. Major aspects are conjunctions, trines, square, opposition, and sextile.

Trines are considered benevolent aspects and bring a lot of fortunate opportunities in people’s lives.

They enable the free flow of energy and enable the planets connected with this aspect to demonstrate the best in their nature. It is formed when the planets create an angle of 120 degrees.

Besides using it for analyzing personal traits and trying to predict the future, astrology can also be used for analyzing relationship and their lasting potential and other qualities.

Synastry is a technique in astrology which does this analysis. It compares the planetary positions in both charts and determines their compatibility.

If the aspects between the planets are harmonious, it is likely that the relationship between the people will be satisfying and lasting.

With challenging aspects, the situation is different and it is likely that this relationship will have many ups and downs and in some cases it is evident that it won’t stand the test of time.

Harmonious aspect indicate desire and willingness of the partners to cooperate and maintain their relationship.

Mercury is a little planet and is smallest in the Solar system. Before Mercury got that title, Pluto was considered the smallest.

Since Pluto lost planetary status and was declared a dwarf planet, Mercury became the smallest planet. Mercury is the planet closest to the Sun and it moves very fast, circling the Sun in just 88 days.

Mercury is the name of the Roman god of trade, and travel. He was also the messenger god and was considered a trickster.

In the natal chart Mercury reveals the way we express our thoughts. Mercury is the ruler of Virgo and Gemini. Those influenced by Pluto are quick thinkers and smart.

These people are usually communicative and love mingling around people. They also love to hear all the latest news and can be prone to gossip.

In some cases, when Mercury has challenging aspects, they could be prone to lying and manipulation of others. They could also be good tricksters and prone to deceiving others.

A person ruled by Mercury is usually not very emotional and are rational instead.

They choose professions where they are in contact with people. They love talking and they also love to listen other talk because they get to know the person better and decide whether they like them or not.

These people are usually very curious and love to learn new things. They can be very practical.

In astrology, Pluto is still equally important. It is a generational planet that influences generations of people born during its transit through the same sign.

Pluto was the ancient Roman god of the underworld. Pluto in astrology is related to subjects as death and rebirth, personal transformation and regeneration, and similar. Pluto ruled events often transform people’s lives for good.

These events usually happen during major transits and progressions which trigger this planet in the natal chart.

Especially people who are influenced by Pluto tend to sense strongly the impact of these transits and progressions.

This planet carries a destructive and aggressive vibe. It symbolizes destructive events and destruction in general. It is the ruler of waste and rotting.

Pluto is the ruler of our soul and people who are strongly influenced by Pluto have a strong intuition and are able to sense things that are not visible.

These people sometimes surprise others with their ability to look through their intentions and that almost appears as if they can read their minds. Pluto rules secrets and gives these people the gift for uncovering secrets.

The house where Pluto is placed shows the areas where the person could experience Pluto related events and issues that might transform their lives forever.

Pluto’s influence can often be very destructive and dramatic.

In general, Pluto brings changes in our lives to improve them, even though these experiences might be very exhausting for the most part. This planet rules matters like domination and control of others.

This is why people ruled by Pluto could experience issues with these matters, either expressing them or being subject to them by others.

Pluto often teaches people to get rid of these traits or stop allowing others treat them in a domineering or controlling manner.

The trine aspect between one person’s Mercury and other person’s Pluto is a beneficial one for both partners.

Pluto might help Mercury expand their ways of thinking. Mercury will certainly admire Pluto’s honesty and simple ways of telling the truth without any restrains.

This aspect brings people together on an intellectual level and the understanding between them is high. Mercury can feel that they could talk to Pluto about everything and with ease.

The Mercury person will have a lot to gain from this partnership that will deepen their wisdom and knowledge of things. Pluto’s influence in this relationship has a transformative role in the life of the Mercury person.

The conversations between these two will certainly be deep, because Pluto cannot stand anything shallow. Mercury might have to put in some effort to keep Pluto interested.

Pluto might even help Mercury confront some issues from the past or some negative beliefs which have been blocking their progress in some way.

These people have intense communication. They easily communicate their feelings and emotions. Pluto helps Mercury release all restraints and be open as much as possible to expressing their feelings.

Mercury will be impressed with Pluto’s ability to read their thoughts. The Pluto person can easily manipulate Mercury but with this easy flowing aspect, Pluto doesn’t have the need to do so.

The subjects of their talk are often in the area of intimate relationships and expressing their desires in this aspect of the relationship.

Pluto inspires Mercury to extract the deepest desires they have in relations to being physically intimate with someone. Pluto can discover all of Mercury’s secrets if he wants to.

In some cases, Pluto can introduce Mercury to the secrets of our existence and secret knowledge that they are well-acquainted with. It might provoke Mercury to take some unexpected risks and behave in a manner they wouldn’t imagine themselves behaving.

Pluto usually enjoys talking about taboo subjects and also likes engaging in taboo activities, and that might appear fascinating to the Mercury person.

In this relationship, Mercury will be the side who is more fascinated with their Pluto partner.

In case Mercury is in challenging aspects with other planets, Mercury might be prone to exhibiting some of Mercury’s negative traits, such as lying, deceit, manipulation, but they will immediately be seen through by Pluto who has an inner radar to detect such behavior and unmask it.

It is not likely that the relationship between them could last after such a discovery.

If Pluto has challenging aspects with other planets, the Pluto person might be prone to manipulating and controlling Mercury’s thinking process and their beliefs. Unlike Pluto, Mercury most likely won’t be able to see through Pluto’s actions and intentions.

The communication between these two might act as a glue which can keep them together despite some other challenging aspects. It stimulates their growth and expansion.

Pluto might be intrigued by the way Mercury’s thought process works and the speed with which they process information. Pluto is very intelligent and will be satisfied with having an intelligent partner by their side, which Mercury certainly is.

This relationship might have a healing effect on both partners who might feel inspired to talk about their most intimate secrets with each other openly.

There is a sense of familiarity between them accompanied by a comforting feeling that they can be completely open and relaxed in each other’s presence.

The trine aspect between Mercury and Pluto between the charts of two people is a good sign related to their communication and getting along.

Mercury will most likely be fascinated with Pluto’s personality and they might get inspired to change some old beliefs and points of view under the influence of their Pluto partner.

Pluto might help Mercury to confront some issues or beliefs they don’t need and need to get rid of and actually help them get rid of them and change them with something useful and progressive.

This relationship might have a transformative impact on the partners, especially Mercury. Their conversations will be deep and meaningful.